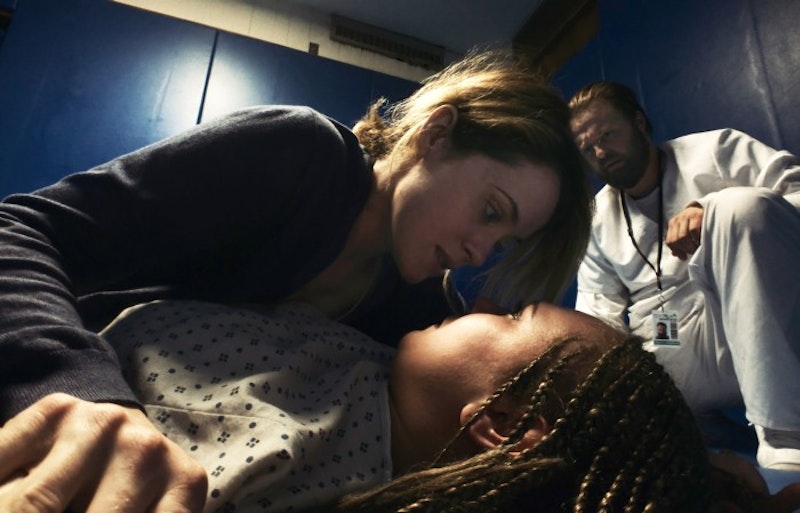 Since DCP took over and 35mm prints disappeared from regular release around the turn of this decade, few filmmakers have taken advantage of new technology and offered a new way forward, another approach to the form and storytelling. Besides 4K and IMAX fetishists and people like Paul Thomas Anderson, Quentin Tarantino, and Christopher Nolan that are still holding a candle for 35mm and even 70mm projection, almost no one has picked up on the solution staring them in the face: smartphones.

I made lots of short films using “prosumer” cameras like the Panasonic AG-DVX100b, and none of them look as good as the one I shot on an iPhone 4s nearly five years ago, A100 couches. I didn’t use an app or any in-camera (or in-phone) effects or enhancements; it looked great straight. Widescreen, 1080p, beautiful grain—why bother with anything else?

Sean Baker’s Tangerine, released in 2015, is one of my favorite films of the decade so far: subversive yet accessible, a transgender buddy comedy, a chase movie—it would’ve worked no matter what they shot it on. But Baker and his crew used six iPhones with an inexpensive color-grading app, and ended up with something transcendent and exciting, a movie that was both of the moment and showed the future. It wasn’t a gimmick at all, and I’d say the same about Steven Soderbergh’s new film, Unsane, shot on a bunch of iPhone 7 Pluses. Soderbergh and his crew did use very expensive apps to enhance the phones’ raw footage, but the result is still almost as striking as Tangerine, and consummate with the story and what the movie is trying to do.

Claire Foy plays a neurotic businesswoman in Pennsylvania attempting a fresh start after skipping town to avoid a dangerous stalker. She goes to what she thinks is a therapist’s office just for a recommendation, an appointment for talk therapy, no meds. But she quickly spirals into a Kafkaesque nightmare, involuntarily committed to a scam facility after signing a “boilerplate” form she didn’t read that waived all her rights. She sees her stalker’s face everywhere, in men she picks up at bars, in passing cars, and eventually in attendants at the hospital. She is vindicated ultimately—yes, somehow that stalker did land a job at this quack facility just at the right time when she was committed, and he does have a plan to kidnap her and bring her to a cabin in the woods of New Hampshire to live happily ever after. The guy’s totally cuckoo, probably friends with Rooster Quibbits, and it all falls apart and she escapes. There’re half a dozen gaping plot holes and even a generous suspension of disbelief will be tested by Unsane’s plot.

Although flawed, Unsane’s look, its unflattering lighting and extreme close-ups and disconcerting wide shots imitating security cameras, make an otherwise unremarkable script into a hypnotizing movie. There’s one sequence in particular after Foy’s character is dosed with methylphenidate (essentially medical cocaine) that could’ve only been achieved with a smartphone or a GoPro.

Like Yorgos Lanthimos’ The Killing of a Sacred Deer, the camera moves like a ghost and is often positioned to imitate a surveilling eye. I’ve seen reviews that trash Unsane for making its actors look sickly and poorly lit—isn’t that the point? She’s going insane. It shouldn’t look nice. Quite a retirement Soderbergh is on. I hope he keeps it up and produces more wild experiments like this instead of MOR studio pictures like Logan Lucky. Given his track record, there’ll probably be a new one in six months.