The live special is going to crush it. 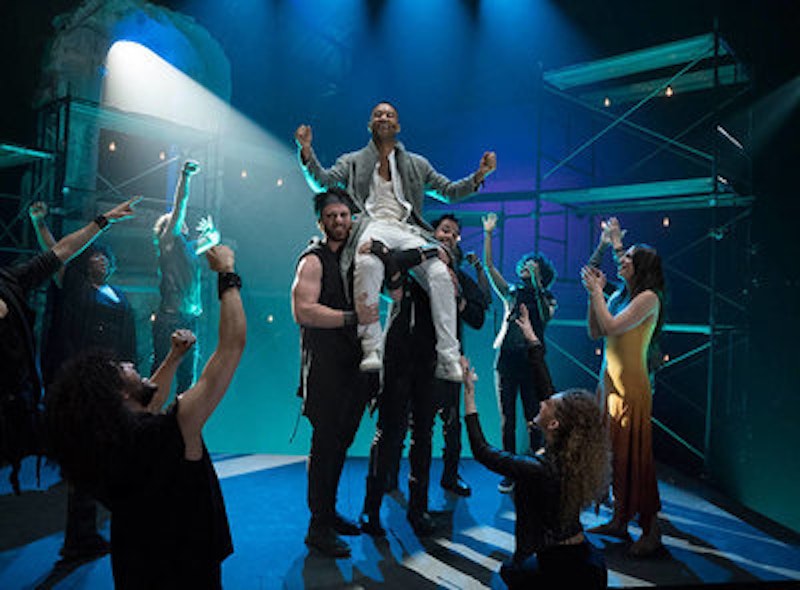 The live version of Jesus Christ Superstar that’s airing on Easter Sunday is going to crush it in the ratings. When it does, it could be the final indication that Hollywood realizes there’s an enormous audience for Christian entertainment if it’s done right. That means featuring the kind of dancing, dynamic music, and modern scripting that’s usually created by communists, defilers and fornicators in Los Angeles. Why did God give all the talent to the secular?

This is the latest sign that “Hollywood has rediscovered religion,” as an article published in 2016 in The Hollywood Reporter put it. The Reporter noted, “a new wave of inspirational movies is hitting theaters this Lent. Some offer new takes on the gospels, while others serve up contemporary tales in which God intervenes in human events. And many are attracting stars and filmmakers who in the past wouldn't have given such projects so much as a prayer.”

If Christians want to move ahead, however, they have to produce art and not kitsch.

In just a few years things have changed in Hollywood. In the Reporter movie producer Joe Roth recalled how, in 2013, when he was putting together a cast and crew for the Christian film Heaven Is for Real, he met resistance. "At that time, if the casting agent says, 'I want Brad Pitt,' his agent says, 'No, no. He'd never do a faith-based movie.’” Yet for Heaven is for Real, Sony Pictures enticed Greg Kinnear, and the $12 million film grossed $101 million worldwide. Two years later, putting together Sony's Miracles From Heaven (March 16), another film with Christian themes, Roth and producer DeVon Franklin got A-list stars Jennifer Garner and Queen Latifah.

For two years I was the entertainment reporter for CNSNews and the Media Research Center, a conservative media group outside of Washington, D.C. I interviewed the most popular conservative stars: Kirk Cameron, Stacey Dash, Kevin Sorbo, Brian Dennehy, Roma Downey. Many revealed how their more Christian and conservative films were the most popular, with Dennehy claiming that his film The Ultimate Gift got him stopped in airports more than any other film. They also argued that there had been a major change in Christian film in the last several years—“The scripts are better, the crews are better, the technology is better, everything is better in these films,” Kevin Sorbo told me.

Fifty years after its 1960s countercultural revolution, which changed the old studio system and saw the rise of sexy outsider films like The Graduate and Easy Rider, Hollywood is experiencing another counterrevolution. In Variety, Tom Allen, partner at Allied Faith & Family pinpointed the moment when Christian blockbusters broke into the mainstream film industry: “In 1999, a film called The Omega Code was released by an independent Christian distributor [Providence Entertainment] and cracked the box office top 10 in its opening weekend.” The Omega Code was described as “laughably simplistic and confoundingly muddled,” but the film found an audience.

“Five years later,” Allen said, “Mel Gibson capitalized on the market’s growing appetite for a solid religious film by putting all his resources and industry power behind The Passion of the Christ, which became a worldwide blockbuster.” Allen points to other breakout examples that followed The Passion, like the films Fireproof and Courageous, both of which were made for a few million dollars and made $30-40 million in theaters alone.

In 2014 Sorbo (known as Hercules from the 1990s TV series of the same name) starred in the extremely successful 2014 drama God’s Not Dead. Directed by Harold Cronk, God’s Not Dead made $8.6 million during its first weekend in theaters, opposite X-Men: Days of Future Past. To date it’s made over $70 million on a $2 million budget. “Hollywood and New York call all the states in between flyover states,” Sorbo told me. “Those flyover states have millions of people that have morals and values that still mean something… I think [producers in L.A. and New York] are starting to realize that they need to pay attention to the audience out there.”

If that audience is to grow beyond the Bible Belt, it’s important to tell new stories, subtle stories, and use the best talent. For my money the best Christian film of all time and a good model of pushing faith-base films into the realm of art is Robert Bresson’s Diary of a Country Priest. The 1951 masterpiece has a line in it that, when I recall it to friends (even preachers or priests) always brings a small jolt of recognition and power. Told by any angry and accusatory woman that “God is the master of love,” the priest quietly replies, “God is not the master love. He is love itself.”