Krypton is a Version of Progress 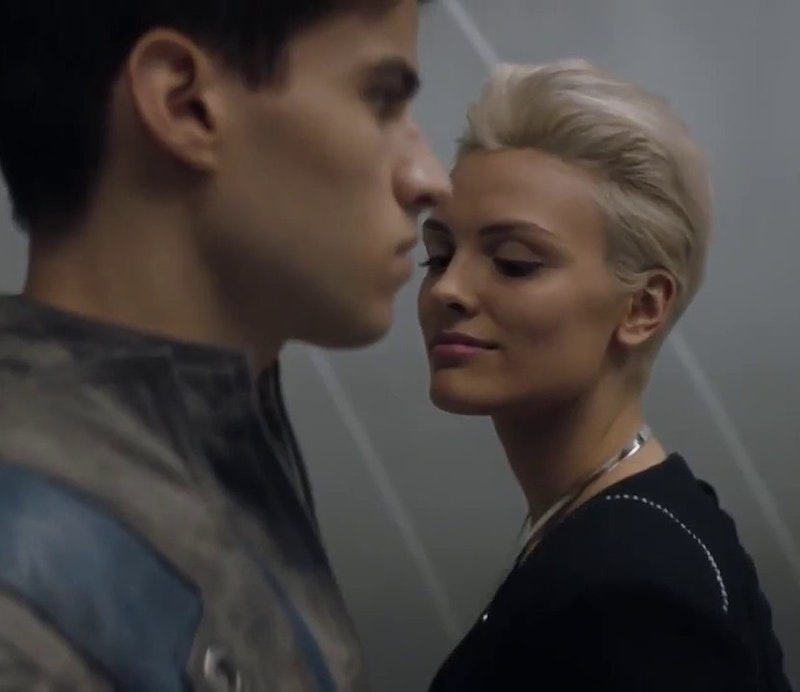 David S. Goyer, the writer of Man of Steel and The Dark Knight trilogy (with Christopher Nolan), has created a new series for SyFy, Krypton. This promises to build on the most enticing part of Man of Steel, whose long first act showed Krypton's collapse under the burden of a sophisticated civilization. What's life like for hereditary aristocrats?

Man of Steel hinted at this with its conflict between the last remnants of Krypton, Superman and General Zod. They were gods among us. Their powers made it possible to recreate Krypton on Earth. All political problems would be solved by politicizing every aspect of life under the rule of scientific experts who take control of genetics. But this would obliterate humanity, so Superman stopped it, choosing against his own people in the name of a higher principle.

Krypton now makes it possible to see that alternative. How would a hero of Krypton, a world without personal freedom, deal with this same problem of the end of the world? What would Superman's powers look like in a world where they're not the exception? Krypton will answer both questions. The protagonist of the series is Superman's grandfather and the threat is Brainiac.

I hope he's not another boring world-eating monster. DC and Marvel have given us enough of those inanities. If Krypton is on the menu, it should tell us something serious about what's wrong with us. That’s the purpose of a good villain. He has to be a believable alternative to our way of life that starts out of our own strivings and failures. For him to be evil, he has to offer a temptation. That's what the Batman-Superman Goyer movies offered, unlike every other superhero story.

In this case, consider why we’re so attracted by military aristocracy. From Star Trek onward, through a bunch of sci-fi shows like Battlestar Galactica or Babylon 5, we’ve toyed with the prospect of excellence thriving within a hierarchy that condemns personal freedom. This isn’t exactly the military. Scientific power is always involved. The idea is that the future should be an adventure, a danger, and that man should face up to the most stringent requirements for survival in an unforgiving universe.

Our own freedom is tied up with freedom of speech. We yap the mouth because we don’t know who we are. We don’t favor speeches thought out and deployed perfectly, but spontaneity. Krypton’s the opposite. Commanding men is the way in which the greatest reveal themselves and every man discovers his place within a hierarchy, by manly virtues that require pain, focus, and discipline. This is one possible future for us.

America’s forever fighting wars on abstract nouns—drugs, poverty, terrorism, or cancer. That rhetoric never leaves us. We're forever looking for more regulated, scientific, expert, and reliable ways to doing things, with less and less freedom to exercise our own judgment. We do it because it's smart, because we want health and safety, but also because it’s honorable. Rules and regulations dispel discretion and arbitrary decisions. The less anyone is in a position to say yes, the less anyone is in a position to say no. That's more justice and less humiliation. There’s less rejection and less of the desperate competition to succeed in uncertain circumstances.

We really are tempted to become Krypton and it's not just on TV shows about the future. Equal submission to an all-powerful government might at some point seem preferable to the chaos of events, markets, and the humiliating inequality of people who prosper among us, but have nothing but contempt for us. Krypton is a version of Progress. This is why we need to be very clear-eyed about its strengths and weaknesses. Our best screenwriters might know us better than we know ourselves and they might succeed in enlightening us if we pay attention.