Film Review: A Star is Born is Exhilarating

Bradley Cooper's directorial debut is a grand slam. A 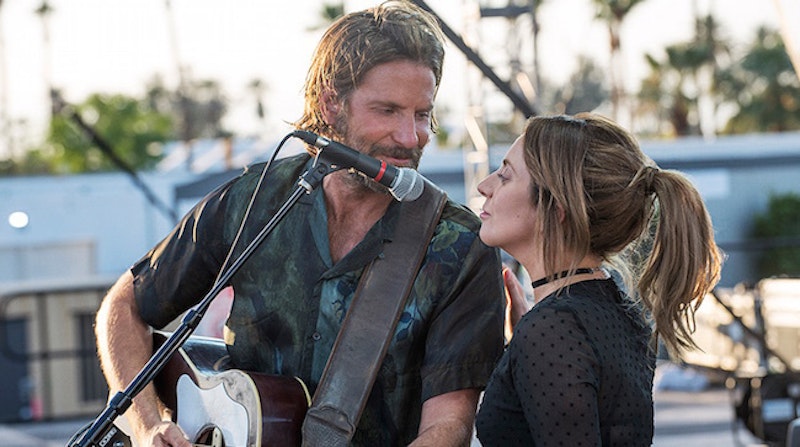 One of the most exhilarating movies of the year so far is a fourth-generation remake of an 80-year-old story, from a director who's never made a movie before and a female lead who's never before starred in one. A Star is Born is as good as you've heard. It's full of old-fashioned movie magic, with Bradley Cooper knocking it out of the park in his directorial debut, and Lady Gaga bringing it, and not just with her singing.

This version of A Star is Born, like all of the others, is a love story between a younger female star who's on the rise, and an older male star on the decline. The twist here is that the older guy isn't that old and the younger woman isn't that young (Cooper is 43 while Gaga is 32.)

Cooper stars as Jackson Maine, a fading, alcoholic country/rock star, whose voice and musical style seem inspired by Kris Kristofferson (who played the part in the 1976 version), while his hair and beard are pure Eddie Vedder. He drunkenly wanders into a drag bar and discovers Ally (Gaga) belting out "La Vie En Rose," and before long they're on the road together, and soon living together.

Almost every major element works here, but what’s best about the film is Gaga. Part of what's great about this performance is that while she's playing a rapidly rising pop star, the character has surprisingly little in common with Lady Gaga. She's a different style of singer, and her rise doesn't look especially similar to Gaga's rise. The chemistry between the stars is also much more magnetic than you might’ve expected.

Not far behind are the songs, most of them written by Gaga, along with a revolving cast of collaborators, although Cooper wrote two songs with Lukas Nelson. This is going to be the big soundtrack of the fall, and I expect multiple Oscar nominations of the Original Song category.

Another pleasant surprise here is Cooper's direction. He said in a recent Q&A that he learned from a lot of the directors with whom he's worked, and it's clear that Cooper was influenced by his American Sniper director Clint Eastwood (who, at one point, was going to direct A Star is Born.) The early part of the film is a bit too reliant on shaky handheld camerawork and extreme close-ups of the characters' faces, but the style branches out after that.

Cooper keeps things moving well, and the concert scenes (most of them outdoors) are exceptionally well-photographed. The film is mostly dodgy about geography, and Cooper has a purposely vague regional accent, which is a choice that gives the road scenes a welcome immediacy.

The film has a strong supporting cast, led by Sam Elliott, as Cooper's (much) older brother, in one of his best-ever screen turns. Dave Chappelle has an extended cameo as an old musician buddy of Cooper's, while Andrew Dice Clay continues his unlikely screen renaissance as Gaga's father. Dice looks different from in his heyday, but he sounds exactly the same.

Because of the multiple remakes and the long development process, A Star is Born has a long roster of credited writers and an even longer one of listed producers. (One of those producers, Jon Peters, has caused the film to draw fire due to his #MeToo history, although my understanding is that Peters had nothing to do with the film creatively, and only notched the producer credit due to his having produced the 1976 Streisand version.)

A Star is Born got rave reviews during its fall festival run, and it comes out October 5. It continues the recent revival of the musical film genre, and shows us a welcome new side of its two stars.