Film Review: The Messy Audacity of A Simple Favor

An ambitious but rickety new film by Paul Feig. B+ 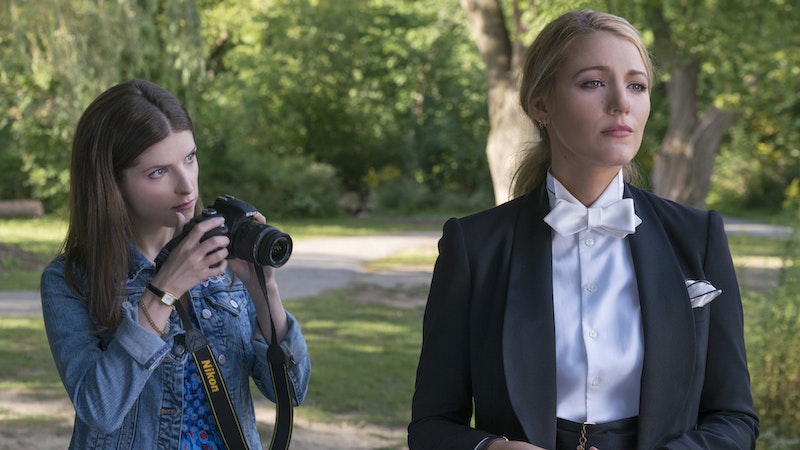 A Simple Favor doesn't entirely hold together, but I give the film credit for its audacity, and for striking a strange, off-kilter tone and sticking to it for nearly two hours.

Based on a 2017 novel by Darcey Bell, A Simple Favor is simultaneously a straightforward, Gone Girl-style psychological thriller, a parody of same, and a sharp satire of mommy vlogging and elementary school carpool line intrigue. It juggles all of this, while also casting its three main performers—as well as its director—wildly against type. The film has "future camp classic" written all over it.

A Simple Favor was directed by Paul Feig, the Freaks and Geeks co-creator who's gone on to become a successful director of comedies (he made Bridesmaids, as well as the uneven but unfairly-maligned Ghostbusters remake. Here he tries something a little different, and it was a risk worth taking. The film stars Anna Kendrick as Stephanie, a widowed mother in a small Connecticut town. Mousy, unworldly, and a serial school volunteer, she produces a mommy vlog with a subscriber count in the low hundreds. Soon she meets Emily (Blake Lively), a sophisticated, hard-drinking, fashion-publicist city girl, who soon becomes her best friend.

But when Emily goes missing, it's up to Stephanie to play sleuth, along with Emily's husband (Henry Golding, the male lead from Crazy Rich Asians.) Plot-wise, things go in some unexpected directions, and I’d advise going in not knowing anything beyond what's in the trailer.

The strength of A Simple Favor begins is the cast, starting with Blake Lively, giving a career-best performance as a femme fatale who's equal parts sexy and scary. Picture Rosamund Pike in Gone Girl, if she'd been her third-act character for the entire movie. Kendrick is also quite good, going from a version of her usual screen persona to something very different. As for Golding, while he was a presence in Asians, this film lets him show more range.

The script, by American Horror Story veteran Jessica Sharzer, keeps up a difficult tone the majority of the time, and I appreciated how the film segues from a satire of general suburban intrigue into a satire of the suburban mommy obsession with true crime. It also sets things up and paying them off down the line—most notably, the provenance of a nude painting hanging in Lively's living room.

Not everything works. There's a bizarre incest subplot that looms over everything in a bad way. The kids disappear from the movie when there's no good reason for that to happen. Still, I appreciate a film that's willing to take a lot of risks, and that’s what A Simple Favor does.