S Is For Stanley offers an insider's perspective into the legendary director. 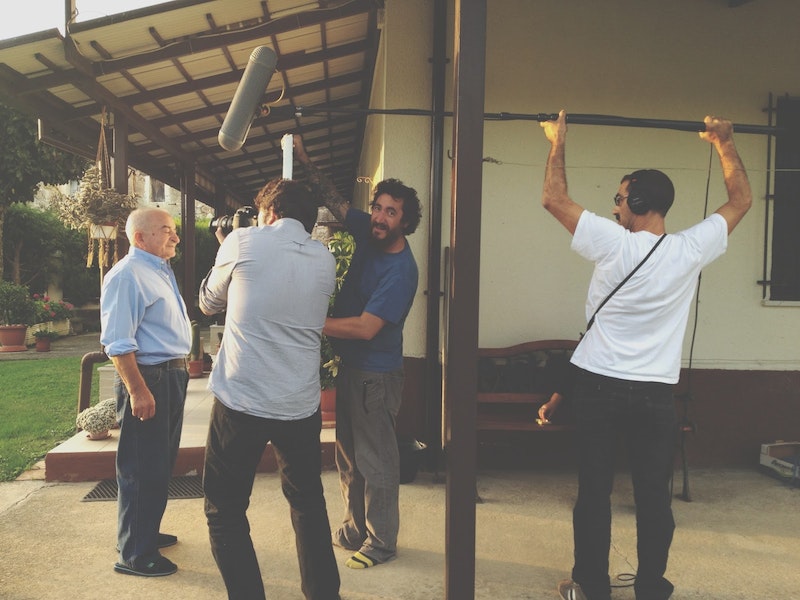 Stanley Kubrick was, in his time, as enigmatic as he was acclaimed. Abandoning his New York City roots for the English countryside (he initially moved there to make Lolita without Hollywood interference) added to his air of mystery, while allowing him to construct the magnificent sets for his visually striking films within a short drive from his grand country estate, Childwickbury Manor. This was essential, as he was afraid of flying, making it arduous to work on location. Francis Ford Coppola went to The Philippines to film Apocalypse Now, while Kubrick recreated a Marines barracks and a Vietnamese village in the English countryside while filming Full Metal Jacket.

Film buffs, constantly on the lookout for windows into the process that creates great movies, will want to see S Is For Stanley, a documentary that arrived on Netflix in June. The film features a man who worked closely with Kubrick for three decades, during which time the director produced Barry Lyndon, The Shining, Full Metal Jacket, and Eyes Wide Shut.

In his film, director Alex Infascelli tells the story Emilio D’Alessandro, who immigrated to England from Italy, married a British woman, and tried to succeed as a Formula One racer. When that didn’t work out, he took a job as a cab driver so he could continue working behind the wheel. On the most fateful night of his life, his boss asked him to deliver the phallus sculpture from A Clockwork Orange to the Hawk Films set one snowy evening. Kubrick was known for his obsessive attention to detail. He saw something in the Italian immigrant that he liked, and hired him as his driver.

The documentary is structured around an interview with D’Alessandro as he sits in his garage in Italy, where he’s returned in retirement, surrounded by box after box of memorabilia he’d saved from his three decades working with Kubrick. There are various film props, mementos, photos, and reams of notes (which he signed with “S”), as the director often used the written word to communicate with his employee. When he wasn’t leaving notes for him, he’d be calling him at home, as D'Alessandro's wife explains on-camera. She tells of how Kubrick was always taking her husband away from her, and then Emilio explains that he could never say no when the director called him. Kubrick ended up installing a direct line to the D'Alessandro household so he’d never be bothered by a busy signal.

It didn’t take long before the “driver” job morphed into something more all-encompassing. Infascelli narrates parts of his film, and explains that, during the shooting of Barry Lyndon, D'Alessandro was sometimes flying back and forth to Ireland four times a day to pick up and deliver various items needed for the production. Emilio talks about how he’d pick up ingredients for dinner, purchase whiskey for Kubrick, and take care of a broken zipper on his boss’ jacket. Kubrick would take in stray animals on his estate, and expected his driver to take care of their needs. One of his notes: “Emilio—Please crush this pill in some food Leo will eat. A small amount so you know he eats it all.” Kubrick even left details for how to handle the animals in case of fire: “Put the cats in one car, the dogs in another.”

Kubrick fled Hollywood after making Spartacus, the only film he ever made there. His revered status allowed him to lure top stars over to rural England. Ryan O'Neal, Jack Nicholson, Tom Cruise, and Nicole Kidman were all happy to make the trek to work with him. You’d think that driving Nicholson around would be a kick for a regular working stiff, but Emilio explains that the superstar wasn’t his cup of tea. He didn’t care for seeing him snort cocaine, and the marijuana smoke in the car made his head feel funny. Having to slow his car down so Jack could make overtures towards the lovely ladies they passed by didn’t sit well with his conservative nature either, so he asked the director to dismiss him from any further duties involving the star of The Shining. Kubrick complied without question.

As this film unfolds, it reveals how Kubrick came to view his chauffeur/personal assistant with complete trust. The loyal Emilio's obviously fond of Kubrick, and he steadily takes on an overwhelming series of tasks. He talks about not being able to see his children enough. This film’s value lies in its ability to peel some of the mystery away from a legendary, reclusive cinematic giant generally considered unknowable.

Jack Nicholson once said that Kubrick was, at heart, a family man. All he needed in life was the freedom to create, surrounded by his loved ones. S Is For Stanley is the story of an Italian racecar driver who decided he needed a change of scenery and somehow ended up as a member of a family that was of great interest to movie lovers all over the world. His old boss is still very much in Emilio D'Alessandro's mind. The film ends with him saying, “I still think all the time when the phone rings it might be him.”