Another “comedy” preoccupied with empty moralizing that fails spectacularly. F 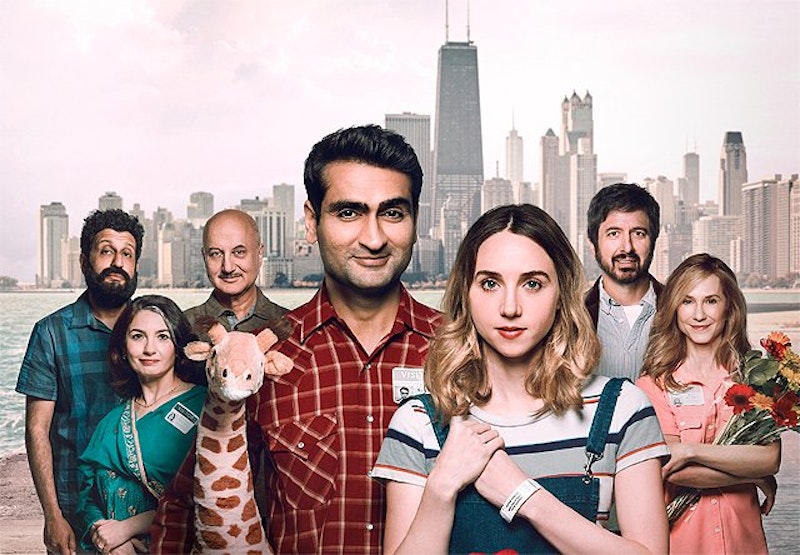 This is the end. We've finally reached the apotheosis of Apatovian emotional manipulation and empty moralizing: The Big Sick is a terrible movie that encapsulates everything insufferable and utterly exhausted by everyone in the Judd Apatow universe. Nick Mullen said recently that stand-up comedy has been reduced to “making good points,” posing as an intellectual, aiming to be as forward thinking, intersectional, and socially progressive as possible. All great stuff, but it comes at the expense of good jokes. This is the humorless attitude that defined Aziz Ansari’s awful Master of None, a dog-shit Netflix show that obviously wanted to be Girls for Indian-Americans and amounted to a thinly-stretched drama with pedestrian dick jokes. That’s the central problem with almost everything Apatow has touched for the past 10 years: pseudo-intellectual arrogance and glorification of the most miserable and least entertaining people on Earth: stand-up comedians. Who wants to spend time with these people? They’re bitter, miserable, and mostly untalented.

The Big Sick, written by and starring Kumail Nanjiani and Emily V. Gordon, is the end of the line. I can’t imagine a less funny or charismatic actor than Nanjiani, a whiny, holier-than-thou boor that drags down every good show or movie he pops up in, whether it’s Broad City, Silicon Valley, Central Intelligence, or Mike and Dave Need Wedding Dates. He’s one of my problem actors, and unfortunately The Big Sick is autobiographical, chronicling the complicated courtship between Nanjiani and Gordon.

Nanjiani is Pakistani, and his family believes in arranged marriage and keeping the bloodline pure, so they excommunicate any family member that marries or even dates outside of their ethnicity. Nanjiani, already a family disappointment because he abandoned law school to pursue stand-up comedy, falls in love with Gordon, a white woman he meets during one of his sets in Chicago. They’re on again/off again until a big fight goes down—Gordon finds all the headshots of Pakistani women Nanjiani’s mother had been giving him, and she understandably flips. Before anything can settle down, she storms out, and next thing you know she’s in a medically-induced coma, wracked with a serious mystery infection that’s compromising her lungs, eventually her kidneys and potentially her heart. Nanjiani stays at the hospital and meets Gordon’s parents, and eventually they grow to dig him, and when Gordon finally wakes up, it takes a bit for her to forget that last fight, and yes of course they end up together in the end, moving to New York to make it big.

So many problems: first of all, Nanjiani is uniquely unlikable and smug. He’s not quite a Marc Maron or Al Madrigal level of asshole, but man this dude cannot carry a movie. And why would I want to watch his life story, obnoxiously inflated up to two hours—like all Apatow movies, The Big Sick is too long and obviously believes it deserves that extra 30 minutes. But isn’t a crappy movie just that—disposable, not worth nothing? Not quite. The Big Sick is instructive because it’s full of all the worst indulgences and negative qualities of contemporary comedy: there’s too much of a focus on drama that’s done poorly, and the jokes are an afterthought, landing stillborn in the pretty sympathetic geriatric theater I went to. The whole film is about “making good points”: Gordon’s mom (played by the hilarious Holly Hunter) sticks up for Nanjiani when he’s heckled by a frat bro telling him to “go back to ISIS.” Nanjiani invests too much time (i.e., any) in an awful one-man-show called Citizen, where he explains the culture of Pakistan and what his childhood was like.

There are no jokes in this movie—the only truly funny moment comes when Gordon’s dad (played by Ray Romano) asks Nanjiani, apropos of nothing, what he thinks about 9/11. Nanjiani takes a beat, earnestly responds: “Well, of course it was a tragedy—we lost 19 of our best guys that day.” It’s the only subversive or shocking thing in the movie, the only hint we get at good stand-up comedy, not this sanitized UCB "You Can Do It!" shit. Is there anything more pretentious and navel-gazing than making a movie about your own courtship? This isn’t exactly Eyes Wide Shut. The Big Sick isn’t just symptomatic; it’s the golfball-size tumor that pops up in your neck right before it’s curtains. There isn't even any tie-in or signal to the healthcare crisis like I expected: this all about how two boring people got married. Let’s hope this approach and attitude die a quick, incredibly painful death.