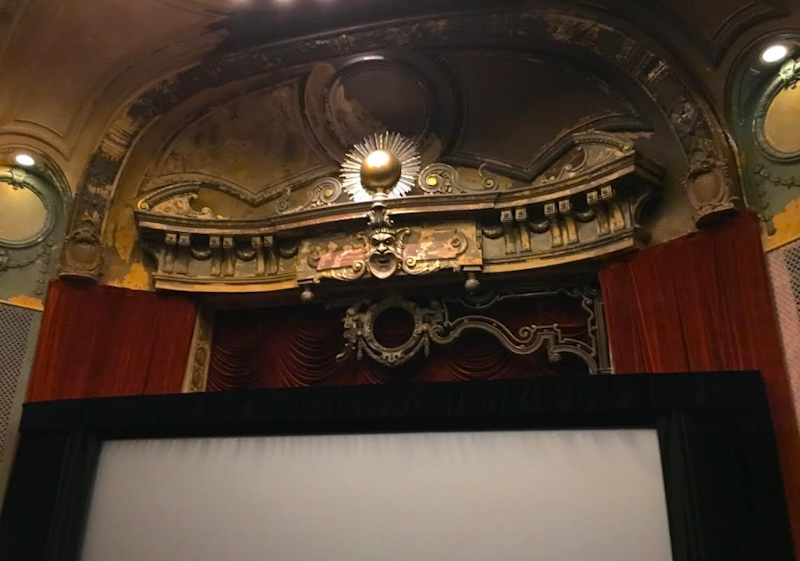 Movie theaters have, miraculously, survived the media decimation of the new millennium. If file size was no issue, every arthouse and AMC theater would’ve vanished along with Tower Records and Virgin Megastore in 2007. But luckily, movies are big—and year round there are at least one or two first-run movies that your friends say, “You have to see on the big screen.” Articles about the “death of American film culture” pop up seasonally, some better than others: this Flavorwire piece from 2014 about the death of mid-budget cinema is still relevant and sad, but it really only focuses on three directors: John Waters (who seems happy writing books and taking speaking engagements), Steven Soderbergh (his “retirement” didn’t last long), and David Lynch (who’s in the middle of airing his magnum opus now on Showtime).

But what about all the young filmmakers who’ve been dissuaded and beaten down by prohibitively high production costs and no market to sell their films? We’ll never know, but I see lots of exciting new work that’s completely of the moment in form and in content: the best example is Sean Baker’s Tangerine, a buddy comedy about transgendered prostitutes shot on a pair of iPhones. It came out in 2015 and had the same level of arthouse distribution that Inland Empire or A Dirty Shame had in the aughts, and the new Parkway Theatre in Baltimore recently revived it during Pride Week. Jordan Peele’s Get Out was a word of mouth sensation earlier this year—I wrote about how seeing it on opening weekend was like a rock concert.

Noted misanthrope and Desmond Downer Bret East Ellis said on his podcast last month: “Sometimes I have my doubts about keeping the ruse and this charade up. This is a podcast that started out about movies and movie culture: ‘Where is it at? Where is it going? Let’s discuss…’ and I can barely get it up most weeks because American movie culture is done, and I don’t believe anything has replaced it in terms of what film does best: in terms of excitement, or artistry, so sometimes I feel we’re at a standstill… Things were very different [in 2013]—there were still remnants of an American film culture that was still part of a broad conversation about movies. People were still seeing a certain kind of movie in a theater, and TV had yet to fully surpass the quality level of the best of American film.”

It’s an absurd statement, and the most confusing part is delineating 2013 as the turning point for when things got bad for American movie culture. There was an adjustment period after Netflix became everyone’s drug of choice around 2012, and the abundance of dull sequels and uninspired Bridesmaids and The Hangover imitations can make cinemas seem depressing at times, but this has always been the case. I’m 24 and I can’t remember a time when people weren’t complaining about sequels and rip-offs of sleeper hits like Pulp Fiction or American Pie or Clerks. Locally, the Parkway Theatre is in its third month of great programming: since I moved here in 2003, the only arthouse theater Baltimore had was the Charles. The Parkway’s presence might be imposing, just two blocks north, but I feel like everyone is stepping up their game when it comes to booking new releases and curating revival series. In March, I saw The Deer Hunter to a full house at the Senator, and it wasn’t all geriatrics.

The Parkway just finished showing Funeral Parade of Roses, an obscure 1969 Japanese film that melds a loose narrative about trans women and their culture with experimental sequences so ahead of their time they look like a Black Dice video. The movie switches abruptly from fiction to documentary, including interviews with its own actors about their characters. This is a new 4K restoration that was theatrically released with no lag in between when New York and Baltimore got it. Maryland Film Festival and Parkway programming director Eric Allen Hatch reported a crowd of more than 300 last week for a free screening of Daughters of the Dust, the first feature film directed by an African-American woman distributed theatrically in the United States. It came out in 1991 (!).

Ellis and others are right to lament the absence of anything resembling the New Hollywood of the 1970s, but fuck man, get over it. People have infinite streaming possibilities at home and they’re still going out to cold movie theaters to see Baby Driver and Get Out on opening weekend. When a movie like Moonlight wins Best Picture, it’s time to roll back the cinema hit pieces and talk about how great it is that we still have these cathedrals of sound vision to visit every weekend.