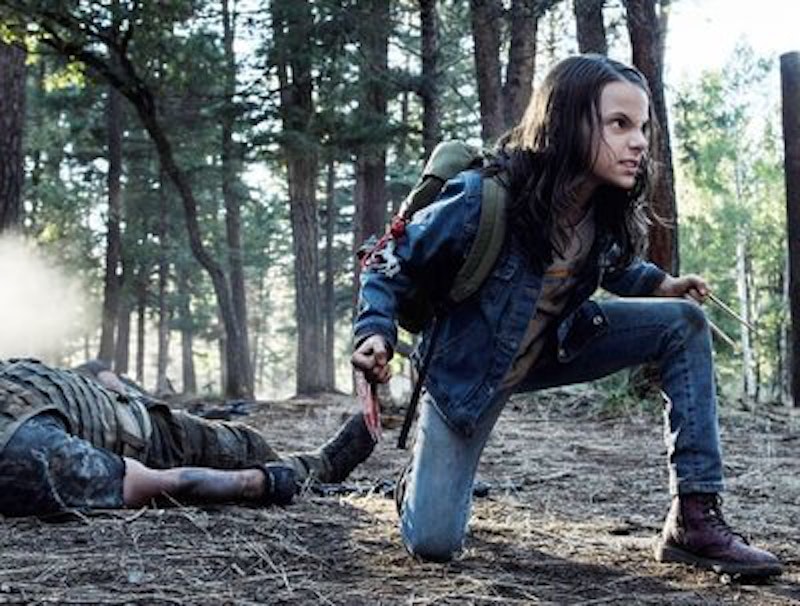 Feminists will still complain, but this is shaping up to be a very good year for female action and sci-fi characters.

I’ve never had much use for the theoretical forms of feminism, but like plenty of decent Americans shamed into silence by the left, I still grew up with a healthy admiration for tomboys and Sigourney Weaver in Aliens and figured it was okay to just maintain that culturally-moderate attitude of respect instead of turning into some kind of goddamn Marxist. By this very loose standard, there’ve been some good signs in 2017.

Just this week we learned that the 13th (depending on how you do the counting) Doctor Who will be played by a female, Jodie Whittaker. The Doctor’s the perfect character with whom to do this sort of shuffle, due to a half-century worth of “regenerations” and routine re-casting. My first reaction was to think that it’d be cool if we found out she’s gestating the villain the Valeyard inside her—which may sound rude, but, see, that’s a sign Whittaker being cast feels more like a plot development than just an affirmative-action hire, which is the main thing.

Fans are quite flexible, I contend, so long as they don’t feel things are being forced down their throats. Marvel Comics, wisely I’d say, realized they’ve lately been shoehorning a few too many new characters (overwhelmingly non-white and non-male) into the mantles of long-established heroes, but rather than (a) declare all their fans bigots and persist or (b) erase all the new characters, they’re doing a big story called “Generations,” bringing the new and old versions of the characters together outside the timestream, which should provide some reassurance to everyone.

The same day the new Doctor was unveiled, Daenerys finally crossed the Narrow Sea on Game of Thrones. Last week saw the arrest, likely long overdue, of ranting racist (and repeatedly humiliated capture-the-flag player) Shia LaBeouf, which may not help women but ought to count for something in the social justice ledger. Or at least, I was amused to hear Shia LaBeouf was arrested.

As a practical matter, one of the best pieces of news for Sigourney Weaver fans may be that Ridley Scott’s Alien: Covenant is his second Alien movie in a row to do mediocre business at the box office. The faster Scott abandons his Alien plans, the faster we might see the resurrection of something like Neill Blomkamp’s plan to base a new film around Weaver’s character, Ripley. Scott can continue his self-indulgent, gradual exploration of ancient-astronaut themes in another failed film, or the studio can just have Michael Fassbender fight Weaver and make everybody involved happy and richer.

In addition to delightful indie comedies such as Carrie Pilby (based on the funny Caren Lissner novel about a young nerd girl coping with life in New York City) and Colossal (featuring Anne Hathaway discovering that her fights with men influence the actions of a giant Japanese monster), this year brought us not one but three female comic book heroines in big-budget title roles, namely Ghost in the Shell, Wonder Woman, and next week Atomic Blonde. The scene-stealing young X-23 in Logan also stands a good chance, it sounds like, of appearing in another film one day, and we’ll see the female members of the Guardians of the Galaxy again in next summer’s Avengers: Infinity War. (X-23, by the way, was played by an actress who was nearly cast as the X-Men-influenced character 11 on Stranger Things, which should give numerological conspiracy theorists plenty of material to play with, all of it for some reason revolving around kidnapped children.)

Wonder Woman is nearing the ticket sales of Batman v Superman at half the budget, and director Patty Jenkins is already musing about setting the sequel at the close of the Cold War in the late 1980s. That’s one of the happiest points in human history if you ask me, though I can’t help wondering why they’d skip World War II and the 70s, the two periods most strongly associated with Wonder Woman. As long as they make good on the talked-about plans for a Lynda Carter cameo, though, no one who remembers the 70s will complain. I wish they had cast her as Hippolyta, queen of the Amazons. Still looks the part.

I sometimes suspect, by the way, that kid-friendly action films avoid WWII out of fear they won’t legally be able to sell Nazi action figures in Germany. The historical reasons are easy enough to understand, but that country has some bonkers speech restrictions. Compared to the rest of the world, the U.S. is still in very enviable shape free-speech-wise (even after the sad news that Baltimore’s City Paper is closing 40 years after Splice Today publisher Russ Smith co-founded it, speaking of the 70s).

War for the Planet of the Apes is quite masculine, I admit, and perhaps this week’s Valerian and September’s Marvel limited-release movie Inhumans will be as well, but the roles in those films of, respectively, nomadic human girl Nova, space agent Laureline, and super-powered queen Medusa are nothing to sneeze at. A small but potential-filled character in Spider-Man: Homecoming delighted me, too, but it may be too soon for spoilers about that.

Maybe the one action-hero female who disappointed me this season was Chelsea Manning, who did jail time for heroically leaking evidence of military wrongdoing but then—after changing sex to become female and getting out of prison—tweeted denunciations of radical libertarians for believing (quite reasonably) that taxation is theft. What a lousy way to repay some of your most ardent supporters, Manning. I will avoid concluding that people are cooler when they’re guys.