Bret Easton Ellis’ The Deleted plays out like a chess game: third and fourth episodes reviewed. 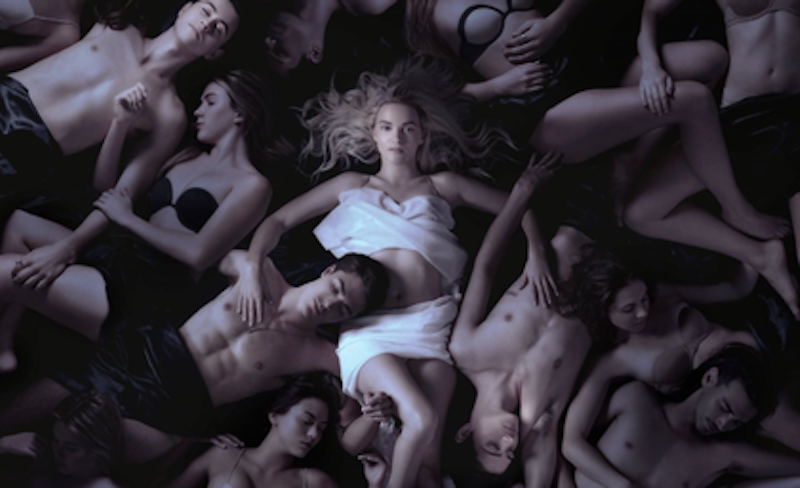 Of all of The Deleted’s characters, Breeda (Amanda Cerny) is, without question, the most arresting. She’s a comely young woman, with wide eyes that imply naïveté and a voice that seems drugged, remote, artificial. It’s Breeda who guilelessly initiates the foursome the audience doesn’t see at the beginning of the pilot episode. It’s Breeda whose constant presence at a particular coffee shop unnerves us, even though we aren’t yet sure why, exactly. It’s Breeda who Parker (Ian Nelson), the cult functionary determined to cull the errant members of this flock, is the closest to.

It’s Breeda who, as this series clicks and clacks closer to the midpoint of its first season, diffidently sheds and then bathes in total strangers’ blood. Calm, in extremely short supply here, magnetizes Parker and Breeda and separates them from the rest of the cast. Parker’s calm is benevolent, contemplative, and understandable: the calm of a true believer who has agreed to take on a difficult job. Breeda’s calm, by contrast, can’t be parsed, but there’s a strong sense that she can’t comprehend her own motivations. The power shifts, and with it, the fear. Those moments where Breeda deigns to smile are horrible.

At the same time, The Deleted plays out like a chess game that’s distinctly more cinema than traditional TV: plot-prodding pawn characters recede as the knights, bishops, and royalty reveal themselves, a process that will continue as the band (unwillingly) gets back together. Ryder (Nash Grier) extracts cash and a handgun from a chimney cache; Logan (Daniel Zovatto), Jesus beard and white-knuckled angst firmly in place, gobbles pain pills on his clueless cousin’s couch. There are fewer texts, more phone calls. The camera’s focus glides away from California suburbia to a fleabag motel with hourly and daily rates, where the long-haired desk clerk rolls a wood-paneled vintage Ford convertible and is probably too interested in the clients. This probably isn’t gonna end well.