A review of the fifth and sixth episodes of The Deleted, from writer/director Bret Easton Ellis. 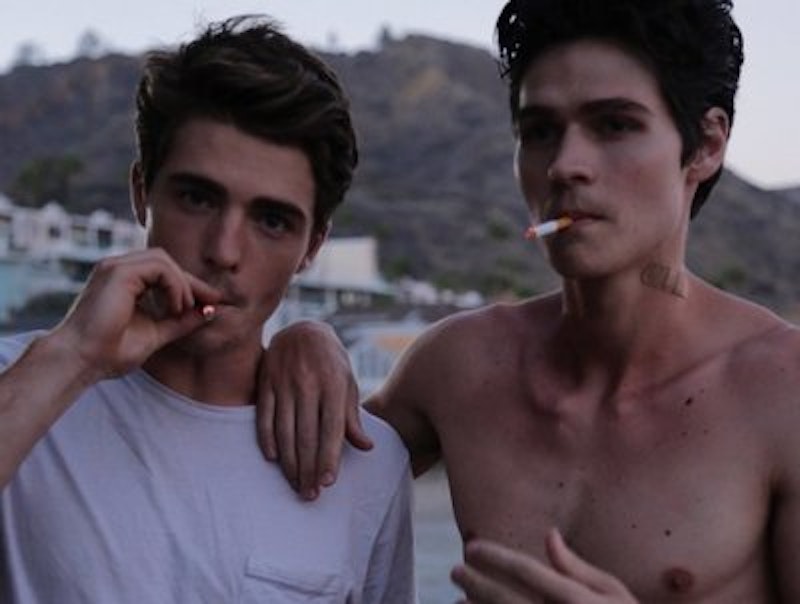 In the fifth episode of The Deleted, a white, unmarked van is parked in front of the hotel, and the long-haired clerk (Harry Hains) decides to investigate; that’s his job, after all. Sounds of sex emanate from the van. He attempts to peer into the van, but the windows are tinted, and he wanders over to the nearest hotel door. In the van, three goons eagerly watch a video, from inside the hotel room, of Agatha (Madeline Brewer) and Garrett (Spencer Neville) going at it. Moans of pleasure emanate from that room; the clerk figures out what we already know. The clerk tries to open the locked van—jolting the goons—and then wanders back towards the hotel room.

The camera trails the clerk at this point, the van door slides open so gently that we almost don’t hear it, and the show cuts to another scene. On his podcast, Bret Easton Ellis likes to talk about how important it is for a movie camera to become a character; it’d be easy to believe that the totality of The Deleted, from conception to writing to filming, was mere pretext to be able to stage a scene this chilling. A similarly powerful moment, from the sixth episode: Logan (Daniel Zovatto) coughing over a bathroom sink, trying to staunch a self-inflicted jugular wound, smash-cut to Ryder (Nash Grier) puking after firing the gun the show placed in his hand back in episode 4.

By now, the trajectory is clear: everything’s leading to that house on the beach. Breeda (Amanda Cerny) is constantly lurking, off center and off the chain. Most escapees are back in the fold, consuming the strange, milky drug, commonly known as “Guidance”; it can be imbibed, injected, or absorbed through the skin. When Logan and Ryder rendezvous to compare notes and freak the fuck out, we learn that this cult isn’t just a cult; the Russians are involved, the military is involved. This thing is big.

In its full flower, paranoia can heighten reality to a ridiculous extent. You can see things that aren’t there. In episode 6, Ellis inserts scenes that are either delusions or separate from the immediate context, so that a particular character becomes an unreliable narrator. This character is talked into attending party, where a background character is foregrounded enough that the audience knows where this will lead; the stranger will induce our hero to hit up another party. And we know damn well where that party is raging and how the partiers are getting high.