Avenge to the End

Avengers: Endgame is a satisfying end to an era and worthy of its size and hype. A- 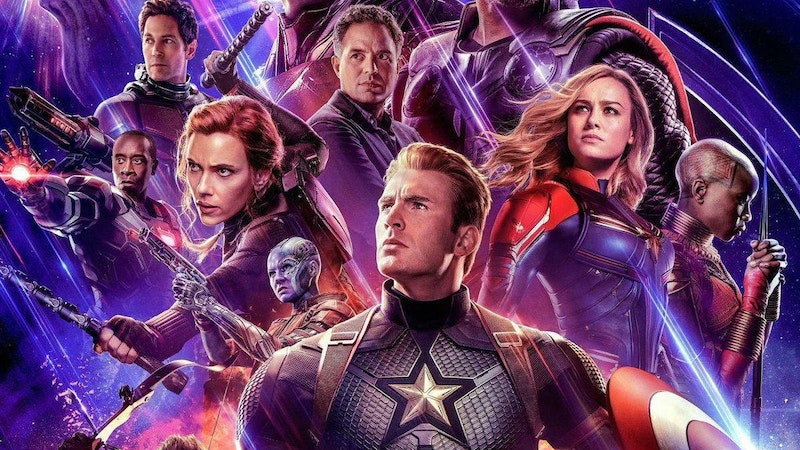 Avengers: Endgame is big. It had a big budget, reportedly as high as $400 million. It has a big cast, consisting of virtually every actor who's ever had a role of consequence in the previous 20-movie-plus Marvel Cinematic Universe. It has a big running time, over three hours. And of course, it's expected to become the one of the biggest box office hits in history, with some theaters even planning to show it around the clock this weekend.

For once in Marvel history, bigger is better, because Endgame is easily the best of the four official Avengers team-up movies. The film is full of satisfying, cheer-worthy moments, and it juggles its huge roster of characters well. Endgame breezes through its three hours, and solves the conundrum raised by the previous Avengers film in a way that never feels cheap.

The model of making a blockbuster movie comprised of an all-star team of superheroes has been so successful for Marvel that various other studios have sought to copy it directly over the last decade. The problem is, the team-up movies are difficult to get right, and they're almost never among the better entries in the genre. It's not easy for filmmakers to service dozens of people, especially when most of them aren't naturally supporting characters and the script must also find a way for them to use all of their powers. At worst, these movies are a jumble (Age of Ultron), or boring (Infinity War) or whatever Justice League was trying to be, over on the DC side. The first Avengers movie was outstanding, but the cast was much smaller back then.

But with Endgame, directors Anthony and Joe Russo, working form a script by Christopher Markus and Stephen McFeely, have found a satisfying equilibrium. Although I suppose it helps that that for most of the movie, half of the familiar characters are dead.

Endgame begins shortly after the conclusion of last year's Infinity War, in which alien villain Thanos (Josh Brolin), having completed his series-long quest for the Infinity Stones, snapped his fingers and instantly wiped out half of the universe's living creatures, including several superhero characters with future projects taking up conspicuous space on Marvel and Disney Plus' release schedule.

The film's first hour gives us a look at the world, post-snap, in a way that recalls the late great HBO series The Leftovers, even putting Jeremy Renner's Hawkeye in the Carrie Coon role. Endgame's second, and best, hour consists of a series of time-traveling maneuvers into familiar moments in the earlier movies, and while the third consists first of the final battle and then some surprise conclusions.

At my screening of the film, there was cheering and crying. That's a tribute to the film's fine character work, which is built on the decade-plus of these characters and their relationships. What the film does with Mark Ruffalo's Hulk and Chris Hemsworth's Thor are especially impressive, and I was very taken with the denouements given to two of the other characters.

Considering the staggering number of characters, the writing is tight. Well, not entirely—the film implies, ludicrously, that Tony Stark was born in 1970. No way, unless Robert Downey Jr. was 16 when he filmed Less Than Zero.

I've complained in the past, and not only about comic book movies, that these days in the movies, death is basically meaningless. Characters die, swelling music plays, and the film wrings all of the necessary pathos out of the person's death—and then, later, the departed dead guy is either resurrected, or found to have never been dead at all. I was wondering how Endgame would get around that problem, as raised in last year's film, but it does, with a resolution that feels earned in a way that most such gambits don't.

Avengers: Endgame is worthy of its size, hype, and is a wholly satisfying effort that's going to send most of its audiences home happy. As the capstone of the series that began with the first Iron Man picture 11 years ago, it feels in many ways like the end of an era. And that, perhaps, is for the best.