Armond White Against the World 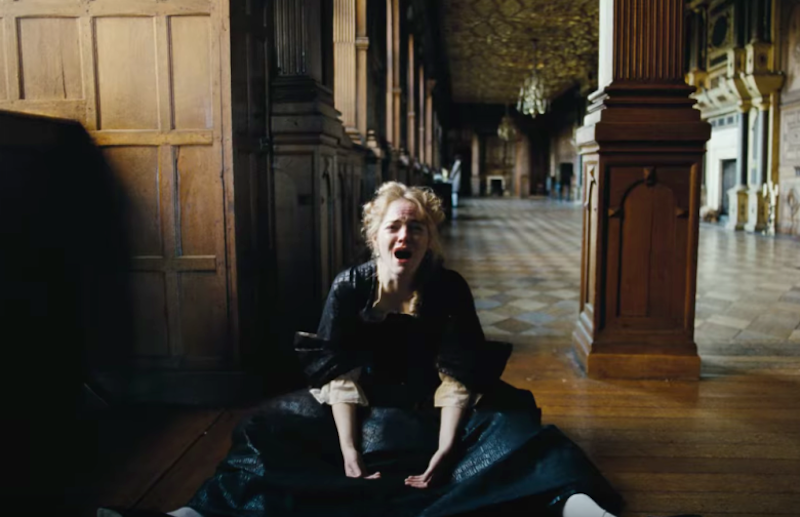 Armond White continues his streak as public enemy number one amongst film critics. Nearly two years after hilariously “ruining” Get Out’s perfect 100% score on Rotten Tomatoes, he’s shot back into orbit from his hovel in the bowels of the National Review. White is clearly a provocateur first, film criticism’s Camille Paglia or, more accurately these days, its Jordan Peterson. He called the AFI’s top ten list “terrible,” and assigned each film one of Saul Alinsky’s “rules for radicals,” moaning again about the “politically biased mainstream media.”

Never mind the fact that the AFI’s top ten includes films that span our limited political spectrum: conservative (Green Book), centrist (A Star is Born), liberal (Eighth Grade), and leftist (First Reformed). Summoning Saul Alinsky is a moldy way of mocking the left, as tired and transparent as references to Reverend Wright or “death panels.” Nevertheless, White persists: he assigns these films Alinsky’s rules and otherwise only offers brief, sub-Christgau blurbs for each. Who is he trying to impress or please? Is William F. Buckley looking down (or up) at White and giving him marching orders? White’s work for the National Review isn’t offensive, it’s tedious, products of someone clearly phoning it in.

Take his review of Yorgos Lanthimos’ The Favourite: it’s negative, maybe lukewarm at best, but he didn’t feel the need to consult a checklist of right wing code words and phrases before putting Lanthimos down as just another “art-movie perv.” He cites Kubrick and Barry Lyndon, the obvious antecedent and reference point for The Favourite, and criticizes Lanthimos for his overuse of fish-eye lenses: “Lanthimos always goes for distortion. His reputation (based on the unwatchable amoral tales Dogtooth, The Lobster, and The Killing of a Sacred Deer) is based on fake avant-garde narrative experimentation. But any smart-aleck high-school film nerd can tell you that Lanthimos is copying Kubrick, the fish-eye lenses maestro, who couldn’t resist preening technology to underscore his misanthropic tales. Lanthimos outlived Kubrick and so gives us the fish-eye cliché to reassure Millennial viewers that it’s okay to laugh at people who are targets of their envy and disdain.”

It’s a fair criticism, and I agree that Lanthimos has leaned too heavily on sadism and severity in his work so far, in films I liked (The Lobster) and absolutely loathed (The Killing of a Sacred Deer). His films take you by the throat and punch you repeatedly in the ribs, but with The Favourite, he’s made his first true comedy, and without question the most palatable film of his career. But White nails Lanthimos’ main weakness by comparing him to Saint Kubrick, who has (in my experience) fallen out of fashion for his sheer ubiquity and reputation as “the greatest director of all time,” which he definitely wasn’t: too few films, most of them two hour plus meditations or examinations of fragile masculinity. A Clockwork Orange may hold up but its iconography overshadows the film itself - for “film school jocks,” that’s one of the first posters to go up in the dorm room, right alongside mohawk Travis Bickle, Fight Club, and Pulp Fiction.

So many of Kubrick’s movies are oversaturated and passe at the moment, with two exceptions: Barry Lyndon and Eyes Wide Shut, the least “male” of his films even if they are both about impotence and cowardice. They’re simply underseen in comparison, less iconic and more aesthetically aligned with the times: painterly cinematography and soft subjects, offering unfamiliar and still intoxicating worlds to step into.

So The Favourite has arrived with impeccable timing, topping off an impressive three-year-run by Lanthimos that has firmly established him as a major modern filmmaker. Yet White remains skeptical: “The Favourite is the opposite of a zany romp; it’s berserk Restoration farce (if anyone remembers what that is), and yet we’re meant to enjoy all the repellent skullduggery. Does gloating over comic sickness and melodramatic evil heal our current political and moral crises?” That’s the only reference to contemporary politics in White’s piece, thankfully. I still read Armond White because he’s one of the most idiosyncratic and grumpy film critics working, his conservatism offering a welcome alternate perspective when he isn’t working off of a checklist and trying his best to turn columns into clickbait.