Spree on the Vox Populi

Brady Corbet’s Vox Lux is provocative, but to what end? D+ 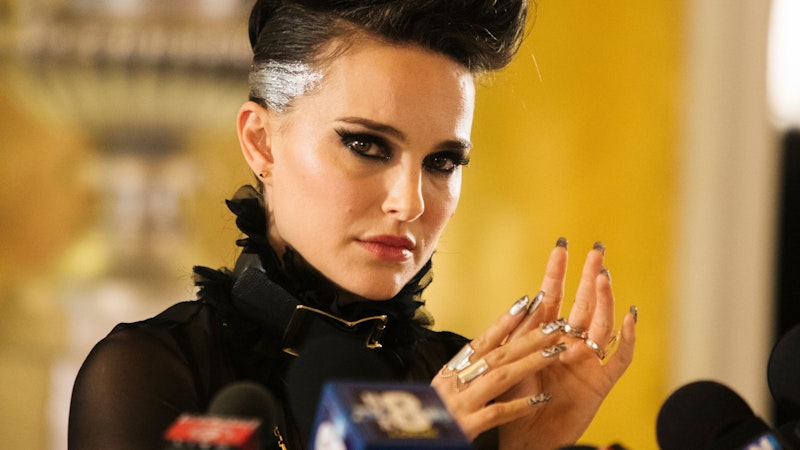 Vox Lux dominates, a film that demands your attention, hoping for intoxication but perfectly fine with repulsion. This kind of intensity and commandeering approach is too rare in films today: Yorgos Lanthimos and Lars Von Trier have made careers out of this kind of severity, Paul Schrader’s First Reformed was a masterful exercise in tension and dread, and the Safdie Brothers’ Good Time was taut and claustrophobic, but these kinds of films—films that make you sick, make you turn away—are never safe bets, for good reason. All too often this is the pose used by men continuing to tread tired ground subjecting super models to extreme violence (The Neon Demon, Red Sparrow, the new Suspiria). Vox Lux is provocative, but to what end? It dominates, but it does not illuminate. Director Brady Corbet delivers a handful of stunning and all too brief visual sequences, the cinematography just as commanding as the subject matter, but the pacing here is awful, and what begins with a bang ends with a fleshy diffusion.

Starting in 1999 with a school shooting that Celeste (Raffey Cassidy) barely survives, the first half moves through her sudden and inexplicable success as a pop star, set in Manhattan in “2000-2001,” with a wide shot of the Twin Towers still standing. Given the brutal school shooting, I was expecting Vox Lux to exploit 9/11 for more drama and dread than it did: before dawn in Los Angeles, her sister Ellie wakes Celeste up and tells her they have to call their parents to see if they’re okay. Celeste goes through the same innocence unprotected story we’ve seen in dozens of other movies about pop singers and celebrities, and as soon as we get to 2017, there’s another shooting: terrorists wearing all black jumpsuits and cheap imitations of one of Celeste’s iconic “hologram masks” shoot up a very chi-chi resort in Croatia (what seemed inevitable but never materialized in Michael Haneke's Happy End earlier this year), and much of the second half of the film occurs in real time as Celeste’s unnamed manager and publicist (Jude Law and Jennifer Ehle, respectively) try to reel her in and convince her to behave at a press conference about the attack and any connection it might have to her image or her work.

Corbet deploys numerous gestures that suggest this will be a more interesting film than it turns out to be: the entire credits list rolls up 10 minutes in, Willem Dafoe narrates, Cassidy plays both young Celeste and Celeste’s daughter Albertine, and Natalie Portman doesn’t appear until more than an hour in. Showing the credits up front is a great opportunity to end your movie suddenly, but Corbet rolls the credits again at the end, rendering the first gesture meaningless. Dafoe as narrator could be interesting given how recognizable his voice is (here’s a great documentary about Michael Cimino’s Heaven’s Gate narrated by Dafoe), but here it is just window dressing, last minute addition it may be. I wish there was a compelling drama or mystery to hang all of these neat little nerdy accoutrements on, but the script is half-baked and content to recycle moldy revelations about the connection between violence and fame.

Searching for any point Corbet is trying to make, the closest we come to some insight is that the terrorists in Croatia appropriated Celeste’s image to brand themselves as superstars of a most gruesome new medium. Bret Easton Ellis wrote a very long novel about this in 1998 called Glamorama. It's been done — there's no new angle in Vox Lux. For all its confidence and formal bravado, Vox Lux is as empty and low-calorie as the world it depicts and the inane songs that Celeste sings.