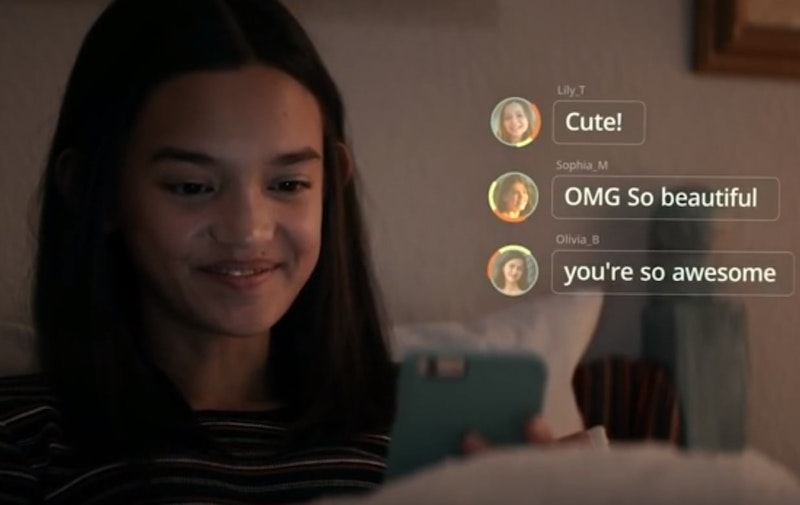 Long before Jeff Orlowski’s new docudrama, The Social Dilemma (2020) aired on Netflix, people were commenting on the pros, but mostly cons, of social media use. It’s addictive, it’s nonsensically angry, and it affects mental health. Orlowski covers all these subjects in his documentary but with a twist —he interviews former significant employees of Google, Facebook, Instagram, and other social media entities.

The players in the film include Justin Rosenstein who designed Facebook’s “Like” button with the intent to spread “love and positivity;” Tristan Harris, a former design ethicist at Google, and now co-founder of Center for Humane Technology, and Tim Kendal, a founder of Pinterest and a former director of monetization at Facebook. They discuss the dangers of social media from several perspectives. Almost all point to the notion that social media is in reality “surveillance capitalism,” and that virtual places, like Facebook have created a simultaneous “utopia and dystopia.”

All of us who use social media and Google regularly know that our accounts are under surveillance and that our data is being collected. But what kind of surveillance and what kind of data? According to Harris, the users of social media platforms are the actual product. There’s a great manipulation going on through the use of A.I., which according to algorithm design continues to keep people glued to their devices. The users are the actual merchandise and the advertisers are the customers for a company like Facebook.

One of the most illuminating aspects of this documentary is that the design of Facebook and other platforms are not created haphazardly. Everything’s designed to keep the users clicking for more content, looking at more ads, and watching more videos. Every move that contributes to the digital footprint of a user is tracked: pages users click on, time spent on a particular video or post, whether people are looking at pictures of ex-lovers, and what their emotions betray about them. The more clicks, the more money, but not for the user. The users are part of the market, but not in the way we may think. As professor Shoshana Zuboff points out in the documentary, just like stock brokers are trading on futures in say, pork bellies, now, they’re trading in “human futures.”

There’s a discussion in how the media is affecting the “real world.” The virtual and fake realities on social media may sometimes be foolish, but its lies end up having serious consequences, such as violence. In other words, human life is affected because people take virtual reality far more seriously than they should.

Orlowski’s documentary is an excellent start in discussing these issues but after a rather good presentation of the problem (mental health, manipulation, politics, surveillance capitalism, human being as a commodity), the vision of The Social Dilemma becomes myopic. The filmmaker and most of the participants have failed to look at true philosophical and existential questions and implications. They’ve failed to ask what does it mean to be a human being? The focus was entirely scientific with no reference to art, religion, or history.

What the tech experts always miss is the notion there’s no algorithm for the human spirit. The antidote to the manipulative effects and shackles of technology isn’t another seemingly pleasant and safe set of technological advances. Undoubtedly, social media platforms need to be regulated, but that’s an issue of public policy. The far more important answer lies in asking perennial human questions. As much as these tech geniuses seem concerned about the state of the world, they repeatedly fail to grasp that human life is composed of paradoxes and nuances, something an algorithm will never be able to track, analyze, and decipher.

Toward the end of the documentary, Justin Rosenstein says that things can change for the better. Before plunging into the clichés of climate change fears, trees, and whales, Rosenstein makes a statement that defines The Social Dilemma. It’s through the “collective will” that we’ll leave the imprisoning matrix. This is the Tech Age Mindset: changing collectivism with another form of collectivism. There’s no such thing as a “collective” will and if it attempts to emerge, it’s bound to be ideological and totalitarian.

There is, however, free will in which every individual is able to make a choice whether to continue to be a duped user of social media, or if it’s time to step out of the matrix, out of Plato’s Cave, and begin to see authentic reality. The choice is yours.