The Last of Us Part II: A Tale of Revenge

The long arduous gameplay is meant to instill upon the player the sense of drawn-out violence. 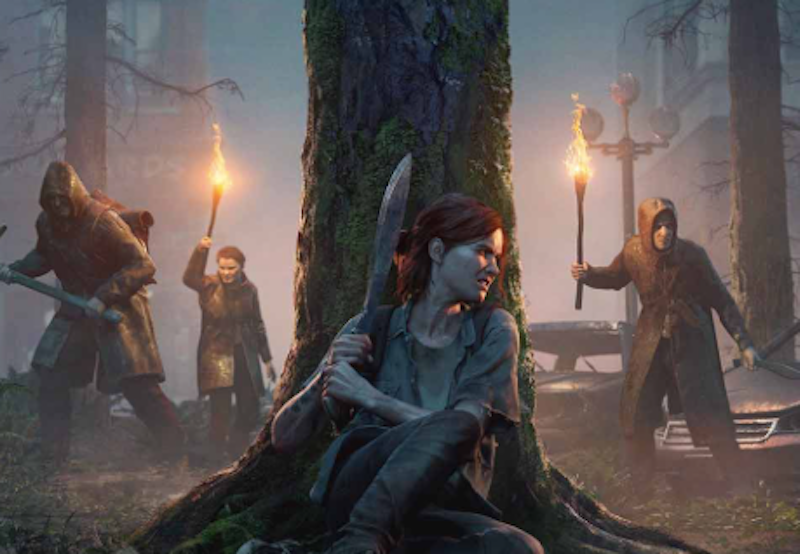 The Last of Us Part II was released in June to critical and commercial success. The game drew its share of criticism on specific points, but overall sits comfortably in the 90s on Metacritic.

Releasing what may have been the year’s biggest game, developer Naughty Dog and director Neil Druckman succeeded. The game tells a story that would’ve been impossible in this medium just five years ago. It ‘s a technical marvel, featuring stellar voice acting, and some of the tensest gameplay I’ve ever experienced. But, clocking in at roughly 25 hours, the payoff wasn’t really worth it.

The game picks up five years after its predecessor, which introduced us to Joel (Troy Baker) and Ellie (Ashley Johnson). Joel, a smuggler, is tasked with transporting Ellie across a post-apocalyptic America, which is a pandemic-ridden husk of its former self. An infected person bit Ellie and is the only known human immune to the disease. Battling enemies both infected and not, the two finally reach the West Coast where they’re met by the Fireflies, a militia intent on developing a cure. Joel learns that Ellie will be killed in the procedure, and decides to save her at the last second, carrying her unconscious body and killing countless Fireflies in the process.

This is a fairly cut-and-dry post-apocalyptic story, though in its final moments, the game ascends to another level. Joel and Ellie approach a friendly town where they plan to settle. Joel has lied to Ellie, saying the Fireflies tried but couldn’t find a cure. She stops Joel before they enter this safe haven and asks him to tell her if his story is what really happened. He hesitates, and then responds, “Yes.”

This brief moment eloquently caps a 16-hour game. The world has gone to hell, and Joel thought he was doing the right thing in helping to develop a cure. The game then reminds us that we’re all only human, and will do things that we may know are wrong in order to protect what we care about, especially in a desperate situation.

Five years later, and this brevity has departed from Naughty Dog. A tale of revenge plays out across the western seaboard. The Fireflies have disbanded into smaller militias, and one is intent on killing Joel, which they do early on. Ellie’s livid and sets out to get revenge, and we can already tell she’s in a blind rage. We’re told that again and again for the next 22 hours of gameplay.

Naughty Dog already proved the points The Last of Us Part II drives home, and they did it in the first installment’s final minute. A point that’s now drawn out into a 25-hour bloodbath.

Naughty Dog’s intent is clear. The long arduous gameplay is meant to instill upon the player the sense of drawn-out violence. The combat’s brutal, the enemies die painfully and loudly, and there are a lot of them. As the player I created violence countless times to get revenge for violence. This is a smart way to show how this lesson plays out, but the problem is the player realizes it before the characters do.

Naughty Dog then takes an ambitious step and puts us in the shoes of Joel’s killer Abby (Laura Bailey). This was a nice twist that further drove their point home. Abby and Ellie gun for each other all over Seattle, each taking the other’s friends lives along the way. You see this from both sides throughout the game.

As the two characters approach their inevitable showdown, they kill countless people from different factions along the way. About 16 hours in, I began to feel uncomfortable with the violence, and at the 18-hour mark, I became irritated the characters hadn’t noticed. Early on, I wanted Abby to pay, and I then saw her perspective, mourning the deaths of people Joel killed while being controlled by the player in the first game.

After navigating too many blood-soaked rooms, infected people, and hazardous travel, Ellie and Abby finally meet on a beach. Ellie’s tired and losing blood. Abby’s tortured in prison and is visibly malnourished. It’s not a satisfying conclusion, most likely because the player could draw that conclusion hours beforehand.

The Last of Us Part II is a visually stunning game, and its gameplay is undeniably fun and challenging. Naughty Dog asks players to think about their actions throughout, and this causes the player to somehow be ahead of the characters in their thinking. The Last of Us asked players to consider what they’d done after the fact. In the Last of Us Part II, they ask players to think about what they’re doing while they’re doing it. This results in an uncomfortable and unsatisfying climax, where the player must control characters doing things they don’t want to do. Not everything needs a sequel.