What we’d lose, if Microsoft disappeared tomorrow, is a common language for our documents. 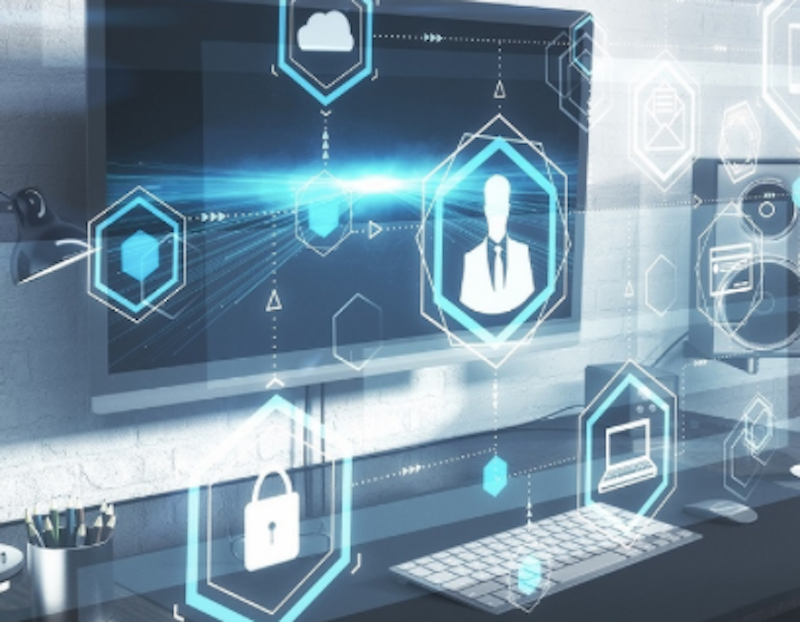 When I consider the waves this pandemic has sent surging through America’s tech economy, I’m reminded of a moment, in Les Miserables, where Victor Hugo says the French Revolution “released the untapped springs of society.” The pandemic has done this, too, at least where technology is concerned. While the devastating toll of the disease speaks to America’s failure to provide adequate healthcare and other social services, the rapid and successful redeployment of our workforce was a miracle made possible by startups. For many people, their entire professional life is now distributed through the cloud and delivered to smart devices. Remote work and remote education rely on industry newcomers like Zoom and Slack; neither company is even 10 years old. The bigger, older corporations are benefiting, too, and some of their tools are also crucial during quarantine: Google, for example, gave us Google Classroom and Gmail. The pandemic is proving to be a grueling marathon, with lasting consequences for our children and our work. We ought to look closely at the companies profiting from it. Business is booming for Microsoft, thanks to its collaboration platform Teams. Adobe’s documents are more important than ever: we not only receive PDFs constantly, under quarantine, but often return them electronically as well. But how are the problems with Microsoft Teams going to affect productivity for remote workers? And how much does Adobe care about freedom of information? These are not just questions for shareholders and speculators anymore. They concern us all.

Microsoft is an interesting case because it’s fighting, very quietly, a battle for survival. Decentralized computing is extremely bad news for them. They became a tech behemoth by offering a compromise that managers found very attractive. The deal was this: if you bought Windows machines for everybody in your office, you could finally get tech-shy people to use email. Windows was inferior to the Apple operating systems it imitated, but it was cheaper. It wasn’t tied to one hardware system. You could tie up people’s systems so tightly they’d be afraid to hit “Enter” by mistake. You could install admin-heavy software, like LotusNotes, and run everything (including everybody’s favorite, the mysterious “Z:” drive) from your big server room. These features brought happiness to organizations preoccupied with Standards and Practices—in other words, nearly all of them.

But Microsoft wasn’t just about suckering in the control freaks who wrote the checks. They were also the first company to really grasp the importance of online collaboration. That’s why they hired Charles Simonyi, one of the creators of Bravo. Before Bravo, word processors were minimal and portable. You ran them from the MS-DOS command line. They were cheap, and practically open-source, but they varied from one computer to the next and couldn’t communicate. Microsoft realized that Bravo, which had a graphical user interface, could be the model for a platform where everybody’s documents looked and worked the same. That platform became Microsoft Word. Eventually Word came bundled with an accounting program (Excel), a clunky, heavily administered e-mail disaster (Outlook), and a program for boring people to death (PowerPoint). But the evolving list of programs was actually less of a milestone than the invention of the “.doc” file (later renamed “.docx”). That format is still a universal standard today. If you download a Google document, it downloads in Microsoft Office format. Attempts to create free alternatives, like the “.otf” format, never got much play because Microsoft kept its formats accessible and almost free—you paid for the writing program, not the format. They also hired designers, for Word, who thought like writers, editors, and publishers. They hired people to design Excel who thought like accountants and analysts. That’s good, even when it leads to cluttered apps. Google’s initial attempts to downsize Word and Excel made the Google office apps significantly less functional.

Still, whatever Microsoft may have once done, those accomplishments are distant memories now. It’s been a long time since Microsoft has been coherent or visionary in its approach. For example, Microsoft used to restrict Hotmail accounts to a tiny, tiny amount of cloud storage. This brilliant strategy convinced a huge percentage of their users to jump ship. Now they offer a terabyte of storage on OneDrive, free with any purchase… but there’s nobody left to care. Once Microsoft touted Outlook as a features-rich powerhouse that could really go to work on your backed-up e-mails and appointments. Then, suddenly, Outlook transformed into a “sleek, modern” web interface, minimal to the point of absurdity, that couldn’t handle your calendar or anything else. Microsoft’s attempts to stay ahead of the curve with Windows have created such a mess that Windows 10 now comes standard with two completely different control panels, their functions divided at random. And two different media players. And a browser that “reinvents” itself every month.

These signs of desperation aren’t unreasonable; Microsoft’s admin-centric approach foundered when smartphones, tablets, and home computers started making cubicle PCs less relevant. So now the company perches on the edge of the news stream, trying to figure out who to steal from next. This isn’t a question of intellectual property rights; I’ve no problem with Apple borrowing from Xerox PARC or Google imitating Microsoft Office. The problem is that Microsoft, specifically, does not plagiarize well. Their products tend to be cheap knockoffs: Windows Media Player, for instance, in response to iTunes, or the “new” Outlook that’s supposed to compete with Gmail. Their existing market share lets them bludgeon their way into emerging tech markets. Microsoft Edge, the built-in browser for Windows, still uses Bing for search requests, even after incorporating Chromium’s open-source innards (which are maintained by Google).

Now Microsoft’s doing the same thing with Teams, taking on Google Classroom, Slack, and Zoom simultaneously. It’s going to be a failure; I’m not seriously worried that Teams will squeeze out any of these other services. But, in the meantime, how many classrooms are making do with Teams, just because it’s bundled with Microsoft Office, instead of venturing out and buying a better platform? How many corporate meetings will devolve into the sad, stop-motion blizzard of pixels and vocoder sounds that Teams seems content to deliver? Microsoft needs to pack it in, but they won’t. They’re “too big to fail.” And the reason why, it turns out, is… Adobe.

What we’d lose, if Microsoft disappeared tomorrow, is a common language for our documents. As I described above, that’s what made Microsoft Word so revolutionary. Now there’s one other company that’s managed to produce a universally accessible document: Adobe Systems, which invented PDFs. Adobe did a very good job porting its standards out to everyone and licensing its code—virtually every major application handles PDFs, and has the capability to make them, if it touches documents at all. From a conceptual standpoint, the PDF was an extension of the WYSIWYG (“what you see is what you get”) philosophy driving the original rollout of Microsoft Word. The idea behind Word was, in essence, “your same document, no matter who’s opened it, or what device they’ve used.” But it wasn’t quite the same. Sometimes people didn’t have a copy of Word, and used another app. Sometimes they didn’t have all the same fonts as you. All kinds of little bugs could appear.

Adobe’s programmers realized that if you could just take a picture of a document, and send it as purely visual data, it’d look the same to everybody. That’s already how you got things to print correctly; why not use the same code for forms, which word processors screwed up routinely? For a while, PDF remained exotic: they were too large for most email programs, and too slow to load properly. The computers caught up to them, though; nobody worries about the size of a PDF anymore. There’s a different problem with them. The problem is that they can’t be modified.

I’ve got a full copy of Adobe through my teaching job. I know what you can do with them. You can fill out certain kinds of forms, if the person who created the form knows enough to add that feature, and knows how to get the formatting right. You can sign them, if you have a signature that you’ve uploaded to the cloud from a JPEG. (Or, in a pinch, you can sign them in perfect cursive that isn’t your real signature.) You can draw on them with an Apple Pencil, a Samsung Galaxy Pen, or any other stylus, provided that you’ve got some “PDF editor” app loaded up. You can put little comments on things, and you can write—on top of the existing document—some of the time. None of that is enough.

Imagine if you could take a picture of a handwritten note, and set the computer to analyze it. You load it into Adobe. Adobe then parses the visual data and comes up with an approximate “font” for your handwriting. You edit, print, and send a letter in your own hand. In most cases, that would merely be diverting for hobbyists. But what about the business letter your colleague sends you to look over and edit? What about the form, from your employer, where they’ve misspelled your last name? What about the PDFs you get that won’t allow you to enter a date next to your signature? Those are the kinds of documents that need to be converted into alterable text, at a reasonable speed, and at no additional charge. We can already do this; this is precisely how e-books get converted into Kindle or EPUB format. But Adobe thinks it can make everyone pay for OCR (“optical character reader”) features. (They’ve actually thought so for years, although nobody’s ponying up.) Also, Adobe just likes the idea of locked documents. Adobe thinks your PDFs—not to mention PDFs that come from the IRS—should be safe from vandalism.

Imagine if people began overwriting their bank statements in the same font the bank uses! Except… the bank would not be fooled. Their archived records, furthermore, would prevail in court. In fact, the whole notion of keeping original documents unalterable is absurd for Adobe to champion, even implicitly. It’s Adobe’s own application, Photoshop, which makes the people in magazines look so much better than we do. Visual data is forged, airbrushed, and remixed all the time. To hold scanned-in words sacred is a fool’s errand, and it’s insane to lock everyone out of PDFs in order to appease bureaucrats.

Robert Kennedy once said that every society gets the criminals it deserves. I’d say that every society gets the paper it deserves. The ancient Egyptians, ruled by authoritarian monarchs, had two kinds of paper: stone, which they reserved for ceremonies and monuments, and papyrus, a transient surface prone to decay. We’re like them. We have our ceremonial engravings, provided by Adobe, and a larger world of other documents trapped within Microsoft’s ecosystem, even now, when the rot has set in. At this point both are unfortunate relics. It’s worth noting that papyrus was replaced by vellum throughout the Western world, and that the Vatican continued using it nonetheless; when the last papal bull was issued on papyrus, in 1057, it had been obsolete for at least 500 years. The first word processors were invented by software engineers who didn’t want to write their software manuals the way everyone else did—that is, on typewriters, while their computers sat idle. The technology required for word processors had been around for some time before anyone started using a computer to write. The technology required for Zoom has, similarly, been around for a decade at least. We usually think of the future in lazy, chronological terms, as something unimaginable that hasn’t happened yet. We ought to think of “the future,” instead, as a re-configuration of the present so radical that it remains un-colonized—like paper, new and bare, that anyone may inscribe, or alter.