Reconnecting with my dad and discovering my half brother at the dawn of social media. 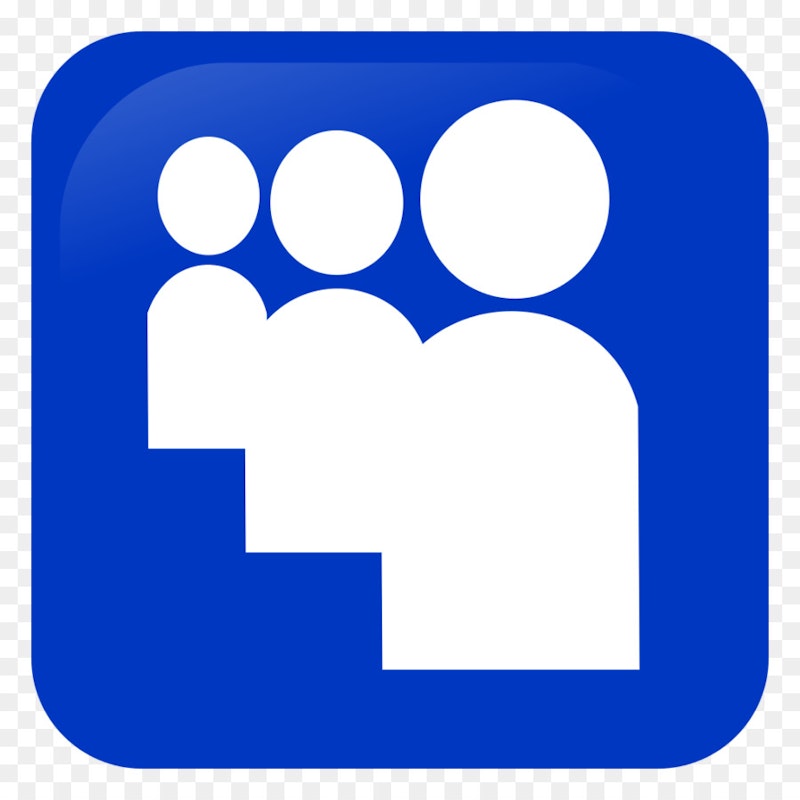 “As a matter of fact, yes,” I replied. “Do you know me from somewhere?” Maybe his parents were friends with my parents, or maybe he was a long-forgotten childhood friend. I looked at his profile several times over and still couldn’t recognize him. Yet there was something about his square jaw line and brown eyes that were strangely familiar.

Matt’s reply waited for me in my inbox the next morning. “I’m your half-brother,” he wrote.

My mouth dropped as I continued to read his message. My dad started seeing Matt’s mom shortly before he left my mom and I. Matt was born two years after me. He knew of my existence but had no way to find me until the advent of MySpace. I quickly got Mom to read the message. Her body stiffened as she looked at the screen. “Boy, this sure takes me back!” she said. Mom said she had heard rumors of Dad having another child, but never paid it any attention. She was through with Dad after the divorce.

The rest of the day was a blur. I have a half-brother. It felt like the world had kept a secret from me for the past 23 years. I found both a new relative and old memories of Dad waiting to be confronted at the same time. Dad was more like a wild, fun uncle more than a father. I’d sit by the window waiting for him on the days he said he was coming. When will he be here? Is he going to bail out again? A car would finally pull into the driveway, and then the fun would begin. We’d wrestle in the living room, catch fish at the park, and play with nearly every toy at KB. He introduced me to punk rock and taught me the genius of poop jokes. He was the coolest dad in the world, but eventually things changed.

His visits became fewer. Sometimes it would be years before I heard from him again. I also wanted to know why my parents divorced since Mom never fully explained it. Finally, when I was 14, she started telling me the truth about Dad. He abused drugs and alcohol, and had an affair while Mom was pregnant with me. She gave him a second chance after he said he’d change. But when I was just 10 months old, Mom came home from work to find all his things gone. On the table was a note from that said he was leaving. Ever since the divorce, Mom often had to work two jobs so I could have enough to eat since she never received one child support check from Dad. The golden idol was tarnished; I only saw a pathetic man who refused to grow up and didn’t want anything to do with him anymore.

Contact with Dad was sporadic throughout high school. He often reappeared in my life wanting to start over, only to disappear again when a relationship started to bud. The last time we’d talked was during my college sophomore year. Dad sent a letter saying he just had a baby girl named Jett, and it inspired him to quit drugs and go back to college. He included pictures of Jett; my half-sister was adorable. Then we lost touch again. I practically forgot he existed until Matt found me.

That night I stared at the ceiling as thoughts of Matt and Dad kept me awake. Eventually I had to confront the dilemma, but the thought made me squirm. By the next morning, however, I decided not to think about my father for the time being, and instead get to know Matt. We talked online nearly every day. We never paused to think about what to say next; we both just let the conversations go wherever they wanted. We developed a bond formed by blood and the shared experience of growing up without a father. Matt eventually got in touch with Dad and sent me the link to his profile.

I stared at Dad’s MySpace page, the mouse hovering over the “send message” link, waiting to be clicked. My shoulders were tense. Finally I clicked it. First I updated him about my life and how Matt found me, and then it was business time. “I know we haven’t spoken in a while,” I slowly typed. “And you probably think that I hate you.” I took a deep breath. “But the truth is, I don’t hate you. I feel weird talking to you because of the past, but don’t hate you for it.” I typed faster. “What’s done is done. I’m happy now, and I hope you are, too. Whatever happens with our relationship is for fate to decide, but I think we can at least keep in touch in some fashion.”

Not only did Dad and I repair our relationship, but I finally met Matt at a family gathering a few months later. It was the first time I saw both Dad and his side of the family since high school. He arrived with Matt and Jett a few hours late, and as soon as I saw Dad, I hugged him tightly, welcoming him back into my life. I then introduced myself to Jett, who was five at the time, and we also hugged. Matt was looking at me with wide eyes, stunned to finally meet the half-sibling he’d only heard about.

“Yes, it’s me,” I said as we hugged. Dad spent the rest of the afternoon telling stories about his days bartending punk rock clubs while Jett played with the other children and I drank beers with Matt. I left the family reunion that evening excited to stay in touch with my new family. By the end of the year, though, Matt and Dad had a falling out, and my brother suddenly disappeared from social media. I tried to find him on Facebook a few times during the past decade, but he has a common last name, so I haven’t had any luck. I still talk to Dad and Jett occasionally on Facebook, though; Dad’s working at a youth center in Portland now, and Jett turned 18 back in March. It’d be nice to reconnect with Matt, though, so I can have a brother again.