Layers of Fear Is a Horror Game Without Horror

Why jump scares can't save a fundamentally broken experience. 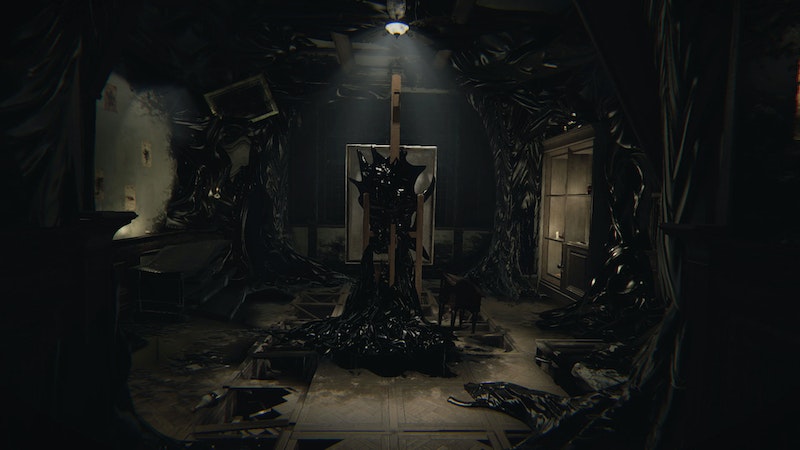 A long time ago, someone argued in a gaming magazine's op-ed pages that Resident Evil wouldn't be fun if the zombies couldn't kill you. Survival horror couldn't function if there was no threat of failure. For years that was accepted and even terrible survival horror games like Escape from Bug Island and Amy understood this. However, the question of “what would happen if you couldn't die in a survival horror game?” has been sufficiently answered. It was, unsurprisingly, the complete nullification of horror.

Layers of Fear attempts to capitalize off P.T.'s success, but ends up creating an experience that is likely meant to be Let's Play fodder more than anything else. The game's atmospher derives entirely from regurgitating common horror tropes without any sort of examination or subversion of expectation. The player simply progresses through jump scares that can't kill them, in a story that evokes zero emotional investment. In the end, the game feels like a passive experience where the player isn't truly engaged because there are no consequences to player actions.

The visuals feature standard horror tropes like creepy dolls, rats, and rotting food. In this context, they're ineffective because it feels like a grab bag of imagery designed to hit the horror checklist. The end result is an unfocused visual style that lacks the direction of games like Amnesia: The Dark Descent. The world of Layers of Fear, presented as a surreal psychological landscape, instead feels utterly devoid of psychology.

The plot revolves around a painter who is so dedicated to his work that he alienates his wife and daughter in the process. There's no examination of this mindset, the player never really gets a solid understanding of why the painter does what he does. This means that the player remains distant from the protagonist and everyone around him because it lacks any sense of narrative exploration or deconstruction. The game is literally paint-by-numbers horror in both story and gameplay. The only saving grace is the soundtrack, composed by Arkadiusz Reikowski. It's a shame it wasn't attached to a better game.