Social media has perfected the art of deception. 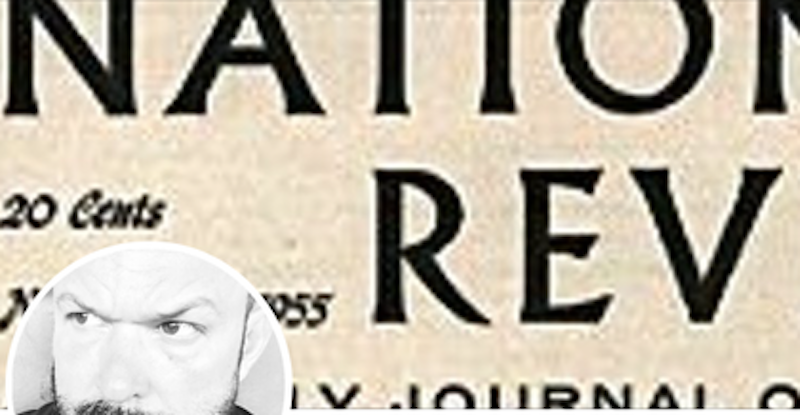 Recently, I had an exchange of words on Twitter with Kevin Williamson, an author at National Review. It began when I commented on Williamson’s article “End the Visa Lottery,” that dealt with President Trump’s immigration policy. Throughout his piece, Williamson thought that the policies Trump is proposing are good but it was too bad that they are policies by Trump. Williamson deemed it necessary to let his readers repeatedly know that he really doesn’t like Trump.

I commented, saying that Williamson was slipping into ideology and that it’s fine to agree and support the President on one issue even if you find him completely objectionable. Our conversation didn’t go in any productive direction. I was trying to find out what Williamson’s rhetorical motivation behind his article was but he simply said that Trump is a “buffoon,” among other things. Throughout this exchange, Williamson was dismissive of my attempts at a conversation and the tone he exuded was snide. I’ll grant that by today’s standards of discourse, this is hardly an egregious offense. Nevertheless, it was unpleasant when it didn’t have to be.

You may say “but this is Twitter! What do you expect! Rules of civil society don’t apply here, and all’s fair!” My response to that is why should we even allot a space for that and why should it be acceptable? But this isn’t about Williamson or National Review. In fact, my work has been published in National Review, and I’ve had polite and respectful exchanges with the editors. I’ve seen far worse behavior from people on Twitter but what strikes me about this example is that we’re dealing with an author, whose voice and work is in the public sphere, and as such there should be a higher level of responsibility for what that author says.

Perhaps this is simply a persona that Williamson has adopted and he’s really a nice guy. I can’t be certain of that since I don’t know him personally. But it’s still troubling, and this example points to a much larger problem when it comes to how we communicate with each other.

If we’re dealing with a variety of personae on Twitter and other social media, then we ought to ask what is real. If a human being has separated his real self from the persona, and is attempting to engage in a conversation presumably about ideas, then how can we really trust his claims? This isn’t merely about style of writing anymore. This is about the ways in which we encounter each other.

They say that appearances may be deceiving and social media has perfected the art of deception. It has become a theater in which people wear masks, recite lines given to them by someone else, and participate in an endless mimicry of one another. Twitter, in particular, lends itself to performances fit for an Italian opera. There are actors and there is audience. Sometimes the audience sits far back in the balcony taking it all in. Sometimes, like during Shakespeare’s time, the spectators are “groundlings,” interacting with the actors in most vulgar ways. The question is: are we in a comedy or a tragedy?

I’m sure this sounds rather quaint but manners do matter. A little civility goes a long way. Just because we speak with brevity on Twitter, it doesn’t follow that this brevity should be composed of dismissive or harmful words. Whether they are uttered (or in this case, typed) by a persona or not, the words become real. The behavior becomes real. The words and the behavior form a habit. Whatever habit we may engage in, it will build on itself until it begins to change our own metaphysical structure. In other words, we will become that habit, little by little.

What can we do with this predicament? Since we’re in a play or an opera, should we wait for a deus ex machina to decide our fate? I’d hope not. No Greek or Roman god can help us out of this one. If anything, gods are laughing from above at how ridiculous we are.

What we can do is strive for honesty. I’m not proposing a complete human vulnerability. We’re not being asked or coerced to bare our souls on social media, and we shouldn’t. We need to make a distinction between public and private spheres. But not being vulnerable to meaningless attacks and making sure that we protect ourselves emotionally doesn’t mean that we are incapable of authenticity in being.

Beware that masks we often wear can duplicate themselves into infinity, as Nietzsche observed, and we may lose track on how many we’ve worn and how many are still concealing our faces. Taking the mask off means entering the world of reality where we ought to be held to a higher standard, and where we ought to be personally accountable for what we say.