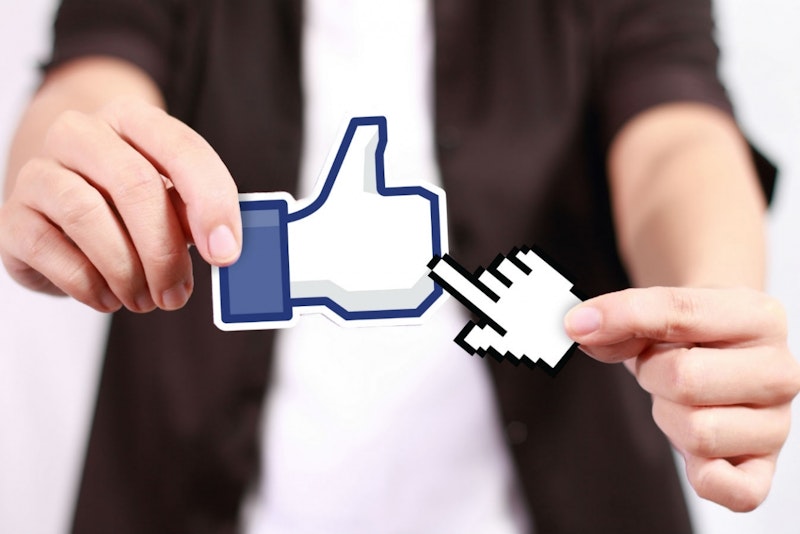 But let’s not forget the ironic “Like.” The deliberate air-quotes. Now much of Facebook has been saturated with news announcing the seemingly very real political apocalypse we find ourselves in today.

After years of strange and inappropriate “Likes,” in February of 2016, Facebook adapted. The site added five new emotional states to explain reactions. Less than a year later, most of us are familiar with the little yellow icons that represent reactions: Haha. Wow. Sad. Angry. A red heart for “Love.” How many of us spend an extra second debating between the “Like” and the “Love?”

These may seem innocuous and broad enough. You can love something, laugh at something, show how surprised you are, explain that something makes you feel something like sadness, or express anger. Now think about how long this reaction lasts. In most cases, probably a few seconds. What is sadness, if only a flicker, or a suggestion of sadness? To actually feel sad, is something different entirely. Anger? This is not a fleeting emotion. When you actually get angry, it might take an hour for your physiological reactions (increased pulse, hot flashes, numbness, sweating, and muscle tension) to return to a normal state after you get genuinely furious. When you scroll through the feed and choose to click the red-forehead mean face yellow icon, your body is probably not going through these changes. At least, I hope for your sake it’s not.

The broadening of icon options offers a clearly more diverse set of emotional states than simply clicking a thumbs-up button. But really, what does clicking a button do for you, when you’re considering your reaction? It confines you and simplifies your way of understanding something. Neatens things up so you can stop thinking about it and go back to mindlessly scrolling. I would call these suggestions of emotion. These are not fully realized emotional states.

The buttons work well for short clips of video. These are usually meant to be funny. Pet videos. They work well for pictures. Babies. Families. Vacations. Pets. Oddly enough, you rarely see people clicking the “Angry” or “Sad” buttons when confronted with a smiling family photo, or the baby picture.

What the buttons don’t work well for is any sort of nuanced emotional expression. Imagine the most widely-read novels in human history reduced to a single click-button reaction. Read 300 pages of human insight, comedy, drama, tragedy, and psychological excavation. Then a one-second visceral click. Most of the clicks would be “Sad.” Novelists depicting the human condition. A few “Wows.” A few “Loves.” A few “Hahas.” For those that couldn’t be bothered to get through the whole thing, or for those that despised the ending, a few “Angry” clicks.

We’re complex human creatures with a wide range of emotions. Facebook is calling these buttons “Reactions.” On their blog, intended for publishers, Facebook writes: "Over time we hope to learn how the different Reactions should be weighted differently by News Feed to do a better job of showing everyone the stories they most want to see.”

As we discovered on a widespread cultural level this November, people are interested in seeing the stories they most want to see, reading the opinions they most want to read, and choosing the facts they like the best. Posts, stories, and pictures that they don’t want to see haven’t been getting “Likes” for the last seven years, as Facebook has risen into the Goliath they are today, reigning over the media universe and upending the gatekeepers of information that existed pre-Internet. Finally, Facebook (at least temporarily) has been under scrutiny to deal with their platform giving a widespread voice to extremist views. Ask yourself why Trump’s Twitter account was allowed to exist, after it became painfully obvious what a threat his tweeting was to decency, reason, intelligence, and our basic democratic principles.

Journalism, and non-fiction storytelling in general, has never existed for one sole purpose. The combination of intentions is at the root of the industry. How do you both inform and entertain at the same time? How do you hit people with the truth that they don’t know they want to hear, or genuinely don’t want to hear, but feel compelled to know? Investigative journalism has always been about hitting people with the truth, rather than aiming to please. About holding the powers that be responsible for their actions, deceptions, and corruptions. Both of the sayings, “Power corrupts,” and “Ignorance is bliss,” apply here. Climate change is an issue all of humankind is forced to confront if we want to exist as a species in the 22nd and 23rd centuries. It wasn’t until Al Gore’s documentary An Inconvenient Truth gained traction that the majority of Americans acknowledged the severity of the crisis.

Imagine a Facebook button for that. Inconvenient Truth. What would the emoji look like? A white-coated scientist with raised eyebrows? An image of Al Gore himself?

Facebook will use these knee-jerk emotional buttons as ways to target its readers, as the O’Jays once explained “To Give the People What they Want.” What people may forget about the lyrics of that O’Jays 1975 hit, was that the people wanted freedom, justice, and equality. Not simply the candy-coated version of reality that made life seem pleasant, innocuous, and fun. The people didn’t want pure escapism. In the wake of Watergate, the people united around a desire for truth.

Well, it's about time for things to get better
We want the truth, the truth and no more lies
We want freedom, justice and equality
I want it for you and I want it for me