An Animal Liberationist in the Great Deku Tree 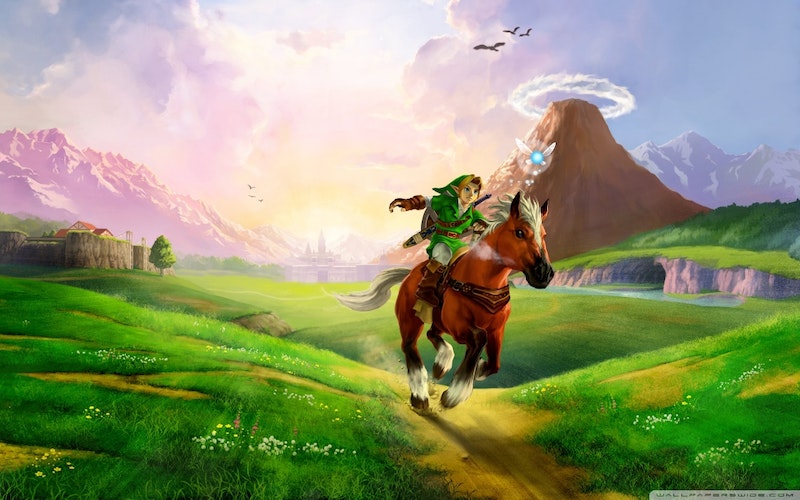 Where did this idea come from? Well, I'm admittedly an animal rights activist. My first book—forgive the self-promotion—is a biography of the founder of the Animal Liberation Front, and will soon be published by McFarland & Company. But I didn't pretend there was much political significance to my challenge. It was mostly an attempt to bring fresh life to a game I've beaten 10 times or so.

On a January day, I plugged a USB controller into my computer and loaded the 1998 Nintendo classic on an emulator. I was ready to begin my epic quest. After watching the opening cut-scene, I awoke in Kokiri Forest and set out collecting those items I'd need to start my journey—a sword and shield. I dodged a rolling boulder, my brown boots stomping the ground as I ran. Who knew if the footwear was intended to be leather? It wasn't something I could control as a player, so I didn't worry about it.

After sending my child avatar climbing into a large chest to retrieve the Kokiri Sword, I used the weapon to cut grass, revealing rupees underneath. In a matter of moments, I'd saved enough to purchase the Deku Shield from the nearby Kokiri shop. With all the items I needed, I headed toward the Great Deku Tree, a guardian spirit under threat from malevolent forces. These had been unleashed by Ganondorf, the game's central antagonist, who sought to dominate the land of Hyrule.

Once inside the titanic growth, I was confronted by Deku Babas, carnivorous plants that lunged toward me when I got too close. Did they qualify as seemingly-sentient creatures? They didn't speak, as other plants in the game did, like Deku Scrubs. And in the real world, Venus flytraps can move to some degree—while lacking consciousness. Regardless, the Deku Babas were a threat. By the rules established initially, I believed I could kill them. So I did, collecting the Deku nuts and sticks they left behind.

But as I progressed into the tree—solving puzzles and killing more obviously sentient creatures, such as the spider-like skulltalas—I wondered if I was interpreting the rules too permissively. If one were to move that rationale into the real world, couldn't a hunter deliberately move into the territory of a dangerous animal and justify killing the creature because it then posed a threat? Ultimately, my Vegan Challenge was a silly attempt to liven up a familiar game. But I resolved that, if my interpretation made the challenge uninteresting, I'd change things going forward.

Eventually, I battled my way into the den of Queen Gohma, a giant arachnid. I made quick work of her and her children—which, when you write it, doesn't sound particularly vegan. But far more than killing skulltullas, killing Gohma was necessary to advance the game's storyline. Having done this, I was transported outside the Great Deku Tree, who was succumbing to Ganandorf's curse. Before the guardian spirit passed away, he told me to visit Hyrule Castle, home to Princess Zelda. And that's where I'll be going next in this ongoing series. Keep an eye on my Twitter feed, where I'll post a link to the next installment.