An Animal Liberationist in Hyrule Castle

To the base of Death Mountain. 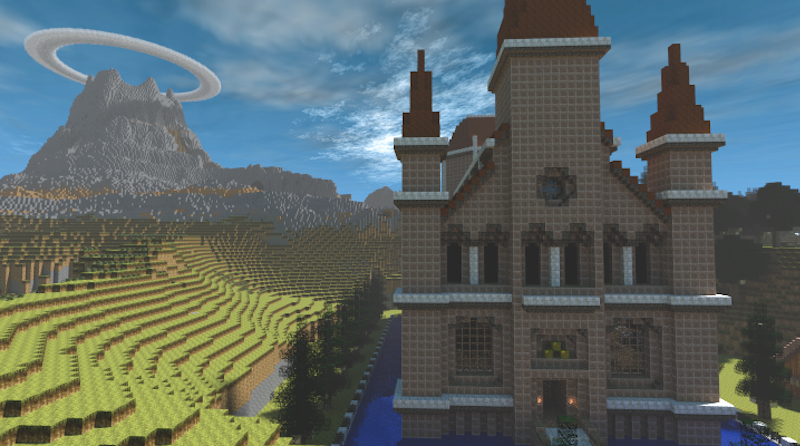 I fired the emulator back up to continue my Vegan Challenge in The Legend of Zelda: Ocarina of Time. After saying goodbye to my Kokiri pals, I exited the magical forest through a hollowed-out log and headed towards Hyrule Castle. I didn't quite manage— in one in-game day —to traverse the sprawling field separating me from my destination. So I had to wait until the following morning, when the drawbridge was lowered, to pass through the fortifications.

Inside, I found a bustling marketplace, where fish, insects and poes were sold. I passed over these offerings and continued toward the castle proper. It was there I encountered the first real test of my self-imposed challenge. A slumbering man—Talon, proprietor of Lon Lon Ranch—was blocking the way. To move forward, I needed to accept a cucco from his daughter Malon, and use the bird's crowing to wake him.

While I knew there were some instances in the game when animal use was unavoidable, I'd forgotten about this one. Surely there was an obscure glitch that would allow me to skip the section, but I'd resolved not to seek these out. This was both for my own sanity, many of these glitches were difficult to achieve, and to make the challenge more accessible to players who sought to try it themselves. Perhaps I'd attempt the Vegan Challenge with glitches on another occasion.

After numerous attempts to jump past the sleeping rancher, I used the cucco to wake Talon. With him out of the way, I stacked a couple of crates on top of each other to reach a secret entrance to the castle. These boxes were marked with the image of a bull with a nose ring, an instrument used to inflict pain and control animals. After crawling through a narrow passageway, I snuck past some dim-witted guards, before coming upon Princess Zelda in the courtyard.

While initially wary of an intruder, she quickly warmed to me, saying she recognized me from a prophetic dream she'd had. Also in this dream, she'd felt an ominous threat to Hyrule—a threat she believed symbolized Ganondorf, who had momentarily pledged allegiance to her father. Zelda enlisted me to combat this menace, providing a letter allowing me to pass by her guards. Her caretaker, Impa, showed me out, saying I must go to Death Mountain, an imposing peak in the distance.

I passed through Kakariko Village, a small town to the east of the castle. In the village was a young woman requesting my help capturing her cuccoos, who’d escaped their pens. In return, she'd give me a bottle. These are valuable within the context of the game, as they can be filled with life-restoring potions. But I left her in the lurch, allowing the cuccoos to run free.

Similarly, there was a family in the village who rewarded players for killing gold skulltullas. Earlier on, I'd decided not to harm these creatures. Unlike their more common cousins, who’d chase you, the gold skulltullas were stationary and unthreatening. You had to go out of your way to find them. So I ignored the family's offer of increased money-carrying and health capacity. I continued on my way, eventually finding myself at the base of Death Mountain. Next time, I'll begin the trek up!