What won't we do for a little bit of fame? 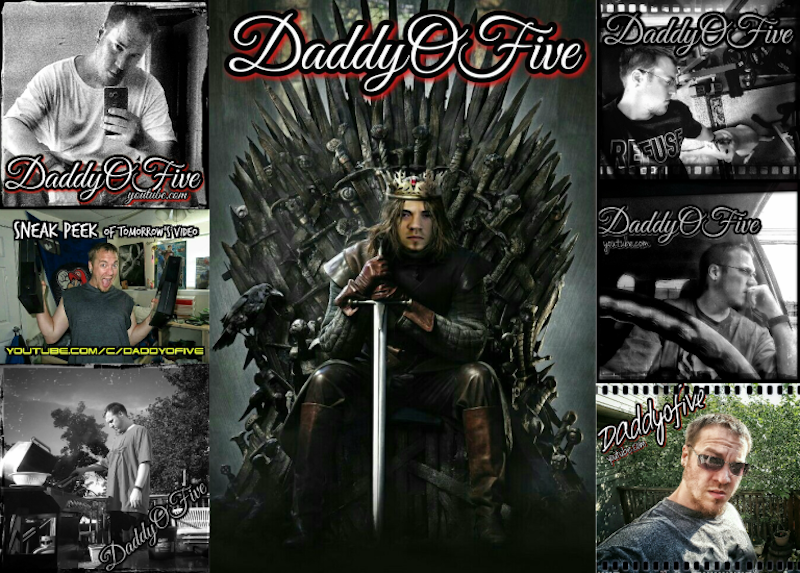 The world is mostly garbage. A few rich people can do whatever they please, hosting fun chartered airplane parties or paying bribes to their innocent victims while serving as Speaker of the House, and the rest of us just crawl around the manure heaps left in their wake. We’re all part of the nastiness, whether we like it or not, and when something like the DaddyOFive scandal breaks, it amounts to little more than another lukewarm wave crashing weakly against the shore. So if you missed this one—missed erstwhile YouTube stars DaddyOFive Mike Martin and MommyOFive Heather Martin’s heartfelt video apologies and Good Morning America appearances—I understand. These were just two twisted imbeciles abusing their children for fun and profit, employing them as wailing walls for parental rants or as vehicles for gags involving defecation and urination.

The story of DaddyOFive’s fall from grace is surprisingly complicated and has been chronicled in painstaking detail by freelance journo Nick Monroe. But it boils down to this: Mike and Heather Martin tried to build a powerful and profitable YouTube brand by abusing their children, teasing and yelling at them as part of an endless series of behaviors that the Martins called “pranks.” The term prank is used broadly by the Martins, and is apparently intended to excuse all kinds of wretched behavior, similar to how a doctor played by Ken Marino in director David Wain’s The Ten explained that he had killed a woman during surgery, arguing that her death was perfectly acceptable because he had “done it as a goof” and he was known for “always goofing.”

The DaddyOFive family, then, were a bunch of camera-hogging pranksters; pranks were their brand, and bespectacled little Cody Martin, one of Mike’s two biological children amid that gang of five, was the easiest target. The ostensible goal was to generate income from these videos, all of which have since been removed from YouTube but stored on the Internet Archive because posterity demands it, and maybe then Mike could buy his dream car plus some other bullshit consumer goods he wanted.

My Splice Today colleague Noah Berlatsky wrote an informative overview about the downside of the personal branding that’s seemingly demanded of us by the no-honor-among-thieves gig economy, but even in that context, DaddyOFive’s behavior falls well outside the pale. It’s bizarro branding from below, intended to mirror the work others are doing at the top. The Martins wanted their own grift, their own hustle, and they’d go to whatever lengths that entailed.

The weird aesthetics of late capitalist pop culture are visible throughout the videos, most notably when DaddyOFive turns the camera on himself and, a la Jim Halpert on The Office, makes a bunch of funny, knowing faces. Sometimes he runs through dozens of these cheeky expressions before turning the camera back on a weeping Cody; the effect is haunting. It’s also a reminder that Modern Family-style documentary comedies that have no reason for being shot as documentaries have long since run their course. DaddyOFive, an unwell person every bit as unmoored from reality as Jim Carrey’s introverted, TV-obsessed stalker in The Cable Guy, created an Internet “show” that he claims was fiction but which was built on the real tears (and possibly even the real bruises) of his children. “I did it all because I wanted my kids to think I was a hero,” he told an incredulous Good Morning America reporter.

The DaddyOFive story will continue to produce reverberations, particularly in the local Maryland media, but most of us have probably heard the last of it. There are too many other Jerry Sanduskys and Dennis Hasterts waiting in the wings, too many other stories of pointless inhumanity in which to drown what remain of our hopes and dreams. “It is what it is” is the appropriate cliché for such situations, an empty tautology capable of explicating the otherwise inexplicable evil that happens for the same reason a dog chases its tail.

Another DaddyOFive will rise in place of this one, a brand apart, and he too will sacrifice everything—not that he’ll have much—for a chance at five minutes of total stardom. These stories are sad in part for the unnecessary pain caused, because now these children are marked for life, but also because the stakes were so goddamn low: DaddyOFive put his whole life on display to earn a couple thousand dollars he probably could’ve made just by working.

This unsavory matter recalls a conversation I had with a friend who made her living appearing on various reality television shows. A foot fetishist who was active on social media had begun accosting her, demanding that she sell him her used socks and shoes. She joked about this situation with a former colleague. The colleague failed to see any humor in the man’s advances, though. She merely shrugged her shoulders and said, “He doesn’t even pay that much, and it takes him forever to send the checks.”