Bringing a Friend to Kanto 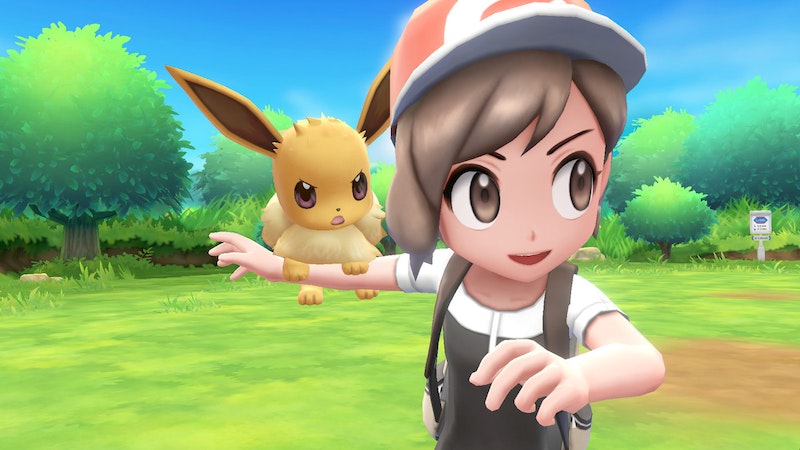 When my girlfriend got a copy of Pokemon Let's Go Pikachu I was particularly excited for its co-op play. While I wouldn’t be able to import any of my own data, I didn't care. What mattered was sharing, wandering through Kanto as a pair. The mode makes an already fairly easy game into a cakewalk. Yet, while it was more of a breezy ride than arduous that was I’d hoped for.

Years ago, I noticed that Final Fantasy IX had an oft-forgotten feature in its configuration menu, where characters can be assigned to controller ports for a second player. I loved the Diablo clone Champions of Norrath, which could be played with four players. The idea of sharing what’s usually a single-player experience with friends was appealing, but often a desire unfulfilled. The assumption made, it appeared, was that an RPG was to be played alone. This isn’t without merit; some games are plainly better in solitude. But I found it perplexing that only on rare occasions did I see this mode of play.

Not every game got this right. Fable 2's touted multiplayer was more of a liability than asset. Resident Evil 5's emphasis on co-op didn't do any favors to the single-player experience. Even in Champions, the end result often involved stretches of time spent at the merchant waiting for the others to finish selling their loot. It was clear that some of these modes were tacked on.

Perhaps the lack of multiplayer is technical, along with its design considerations. In Let's Go, the second player is considered a “support trainer” and not the focus. This is both in terms of the game's narrative, as they’ll spirit themselves away into the sky for cutscenes, and the game's camera during gameplay. Should the support trainer fall behind, they’ll need to be re-summoned. I’d heard that support trainers will automatically re-spawn, but I've always had to do so manually. The level of interactivity is limited, taking the possibility of a mischievous second player into account and preventing things like triggering battles with other trainers or catching mini-games with wild Pokemon.

It was a concession I was willing to make. I wish more games embraced local multiplayer as they did in the heydays of GoldenEye multiplayer. Rayman Legends remains a light-hearted and zany romp through its colorful world. Super Smash Brothers will go on to dominate hangouts with friends as the previous game did before it. Now, there's a resurgence. I hope it’ll lead to shared memories for my girlfriend and me.