An interview with John Rolf. 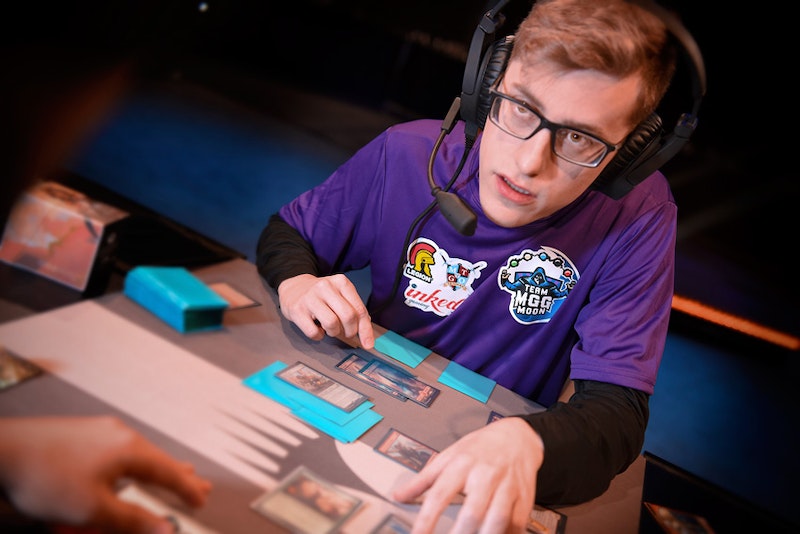 In many respects, I'm jealous of John Rolf. Tied for seventh place worldwide, he's a professional Magic: The Gathering player. I loved the game as a kid, but eventually gave it up due to insecurities over it being uncool. A few years ago, I picked it back up, downloading the Magic 2015 app and getting two pre-made decks.

Splice Today: How did you become a competitive Magic player?

John Rolf: A friend introduced me to Magic during high school. Shortly after, I found Magic Online and began playing a lot on that platform. I eventually qualified for the Pro Tour, which is an invite-only tournament that occurs four times a year with $250,000 in prizes. After that, I began taking Magic more seriously: however during undergrad and law school, I rarely had time to play.

The summer after I earned my law degree, I played more as I studied for the bar exam. This proved successful, as I finished in the top eight at two Grand Prix and a Pro Tour, giving me the incentive to pursue the game full-time as a professional. I decided to use the year playing higher-level Magic. My goal was to achieve Platinum status, the highest pro level in Magic. I was able to do this and also qualify for the most prestigious Magic tournament of the year: the World Championship.

ST: Do you earn a living from playing Magic?

JR: Yes. My entire income comes from tournament winnings, my sponsor Hareruya—a large Japanese gaming store and tournament appearance fees I receive from Wizards of the Coast, a Hasbro subsidiary and the creator of Magic.

ST: How did your parents respond when you told them you wanted to be a professional Magic player?

JR: Initially my parents were displeased with this decision. They urged me to take a more traditional career path. They wanted me to use my law degree right away. I explained to them my unique situation and the desire to do something I’d always dreamed of. Eventually they realized this would make me happy and supported me. They still express concern about my excessive travels and stress the tournaments can cause me, but they now understand my passion for it.

ST: You're currently tied for seventh place among players worldwide. Do you expect to be number one at some point?

JR: Expect is a strong word, but it’s something I believe is possible. Being the world number one is something hard to define in Magic, as the rankings merely reflect roughly the last year of play on the pro circuit. To be number one on these rankings would require a stronger devotion to the game on my part. What I’ve been doing for the past year, most of my competitors on the leaderboard have been doing for most of their adult lives and are far more experienced than me. Right now, I just consider it an honor to be ranked among the top competitors. If I want to be number one, I need to get even better. Every mistake is punished at the highest levels of play.

ST: Do you have any training regimen?

JR: I don’t have any training regimen per se. My main outlets for playing Magic are Magic Online and Magic Arena when I feel like it. In my opinion, most of the work has already been put in over the years of playing. There are certainly things I can work on, but playing a bunch of games is not as useful to me as honing particular weak aspects of my game. One of the hardest things for me in Magic is avoiding burnout—getting bored with the game—so I rarely play outside of tournament settings.

JR: Hazoret the Fervent. It’s my favorite because last year red was the most powerful color in Standard, and I played it in all of my decks. It ‘s also a card I had in my deck for my first big Pro Tour finish. Hazoret is a very aggressive card. As a younger player, I thought only weaker players should play aggressive cards and use aggressive strategies. Hazoret showed me the flaws in my thinking and the upside that comes with being the aggressor.

ST: What advice do you have for people who want to earn a living from Magic?

JR: To make a living from tournament Magic alone, you have to be one of the top 20 or so players in the world. Even then it’s challenging. The other avenue is producing content that’s popular for Magic fans and players, like podcasts, articles, and YouTube videos. A lot of the most successful pros in the game combine these two things to make money. Building a brand is extremely important, as is having an active social media presence. I think it’s great that online content can support its producers while at the same time engaging players of all interest levels and backgrounds.