Getting around to games you missed. 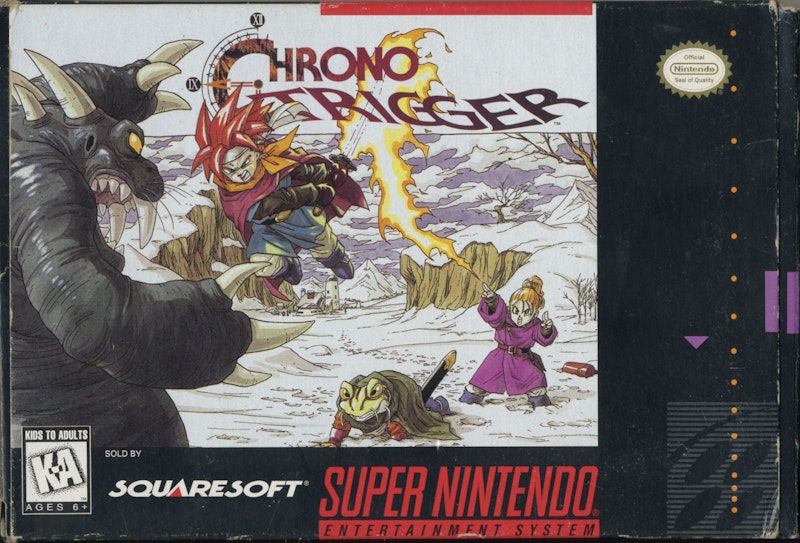 All gamers have a list of titles they want to play but haven't gotten around to yet. I'm no different. And, since becoming a father, my list has gotten a lot lengthier. For instance, I received a copy of Horizon Zero Dawn for my birthday, which I haven't even installed. There's just no time for it right now. Still, I thought I'd survey some of the titles on my ever-expanding list.

Perhaps the game I'm most excited to play is The Legend of Zelda: Breath of the Wild. Unfortunately, it's by Nintendo, meaning I'd have to buy a Switch. The title is supposed to be one of the strongest entries in the series, and not since I had an Xbox 360 and The Last of Us came out on PlayStation 3 have I looked over the fence with such envy. Life would be better if Nintendo just became a software company, like its 1990s rival Sega.

Critics gushed over the 2017 system-seller. Writing for The Telegraph, Tom Hoggins described it: "It is dense yet lean; its maps bursting with distraction but without an inch of it wasted. It is classical yet modern; drawing on the heritage of its own illustrious series while openly embracing more recent gaming trends. It is challenging yet welcoming; giving you the choice to ease yourself in or take on some of the game’s most fearsome creatures."

I also want to go back to The Dig, which is probably my favorite title that I've never finished. As a child, I played it at a friend's house and loved the spooky, mysterious atmosphere. I read the novelization as an adult, and tried again with the game proper. But I got stuck on some of the more difficult puzzles, such as the one involving alien bones. Now, I'm determined to beat the 1995 title once and for all, no matter how frequently I have to look up hints online.

Surprisingly, Jeffrey Adam trashed The Dig in his review for Gamespot: "Looking beyond the tired low-res character animations, the limited use of colors, and the conservatively drawn backgrounds, this adventure game follows the explorations of three overtly stereotypical characters through unimaginative, predictable plot twists, completely devoid of the humor that you'd expect from a LucasArts game." More justifiably, he took issue with the puzzles, which left him stumped.

Another title is Ubisoft's Beyond Good & Evil. I didn't even hear about the game when it first came out. Obviously, the 2003 release is getting a lot of attention now, with the announced development of a long-delayed sequel. But the original—while well-received by critics—failed to live up to commercial expectations. Since reading about this Zelda-like title with a strong female protagonist, I've wanted to give the game a shot.

Writing for IGN, David Adams only faulted the work for its brevity. "If there is any real problem with Beyond Good & Evil, it's that the whole thing wraps up in about 10 to 12 hours," he said. "The characters and story are so compelling that you won't want your time with them to end. That's a very good thing to be able to say about a game, regardless of its length."

In addition, I want to beat Chrono Trigger. My elementary-school friends were obsessed with this 1995 classic, but I didn't have a Super Nintendo, so I largely missed the boat. A few years ago, I downloaded a copy for my iPad Mini. Like many role-playing games, it featured a lot of mindless grinding that didn't feel very respectful of my time. As a result, I never finished it. However the title garnered such widespread acclaim that I feel like I should give it another chance.

William Burrill hailed Squaresoft's creation in his review for The Toronto Star. "Even though this is a 16-bit game, the graphics are bright and detailed," he wrote, adding Chrono Trigger boasted many possible endings. "The sound is excellent. The enemies are varied and extremely nasty. The fighting system is easy to master, but allows complex magical moves and the ability to combine more than one character's fighting technique into a killer combo attack."

The last game that I'll highlight is Fallout: New Vegas. I love the other 3D, single-player entries in the post-apocalyptic franchise, but the 2010 release was filled with so many glitches, some of them game-breaking, that I put it down. Again, the title's reputation tempts me back. Diehard fans maintain this contribution to the series from Obsidian is better than the two I've played, which were developed by Bethesda. In his review for Game Informer, Andrew Reiner praised the title: "In just the missions and story, New Vegas offers a nearly unprecedented level of depth. When you throw in the weapon modifications, companion recruitment, and attribute sculpting for your character, it delivers a true sense of ownership over the experience and gives you thousands of reasons why you should come back and play it again and again."

This is just a handful of the games in my backlog. I also want to experience Conker: Live & Reloaded, Journey, and BioShock—among many others. Who knows if I'll ever get around to these. Of course, nothing is more important than my new family. But maybe, when my daughter gets a little older, I'll be able to play some of the more child-friendly titles with her.