Banks Are the New Censors of the Internet

Working in cahoots with the government, financial firms offer the potential for a new hellscape. 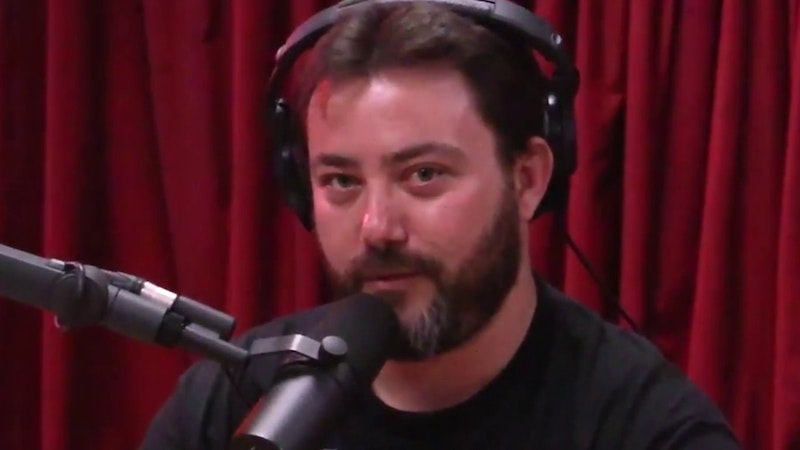 On Dec. 7, Patreon booted prominent videocaster Carl Benjamin (who goes by the name of the Sargon of Akkad) from its financing platform for using “racist and homophobic slurs.” Benjamin, a provocateur who offends both progressives and the far right—debunking conventional wisdom's his thing—had called some alt-right types he was feuding with “niggers” and “faggots,” which Patreon called a violation of its terms of service. Shortly thereafter, Intellectual Dark Web honcho Sam Harris, citing a pattern of similar Patreon bans he described as politically motivated (they've been aimed at right-wingers) announced that he was exiting the fundraising platform in protest.

Harris’ departure puts extra pressure on his fellow IDW members, such as Jordan Peterson and Dave Rubin, who now risk looking like sellouts if they stay with free-speech-quashing Patreon. As it is, they're taking a financial hit, as their supporters are cutting back on contributions, not wanting to give Patreon its cut of the action. We're in an era when, in a “liberal democracy,” having the wrong politics can deprive you of your income. That sounds more like China or Russia than America.

At first glance, Benjamin's word choice appears egregious, but language can’t be interpreted devoid of context. He wanted to piss off some neo-Nazi types, so he called them words he knew would upset them. This is reminiscent of the time when a drunken Elvis Costello got in a verbal altercation with the Stephen Stills Band in an Ohio Holiday Inn bar in 1979. Costello, who had a punk sensibility at the time, decided to shock his adversaries by calling James Brown a “jive-arsed nigger” and Ray Charles a “blind, ignorant nigger,” which singer Bonnie Bramlett answered with a well-deserved backhand to his face.

Costello, who'd participated in a Rock Against Racism concert the previous year, wasn't actually a racist, but he paid for his intemperate remarks. There's no actual evidence that Benjamin's a racist either. Patreon may know this, but isn’t willing to put itself at any risk to defend him, if allowing someone to continue to do business with you in fact fits the definition of “defend.” Modern progressivism, which resembles a religious movement more and more each day, has deemed that the use of the certain words is “sinful.” Unlike Christianity, however, it offers no path of redemption, which makes it an extremist ideology.

For some reason, perhaps because of its proximity to liberal Valhalla San Francisco, Silicon Valley's become the business world's number one bastion of wokeness—no dissent to the official party line's allowed. YouTube, a platform that the Intellectual Dark Web, right-wingers, and the alt-right have crushed progressives on, has also been involved in some questionable speech suppression. IDW member Dave Rubin, who's has financial success on YouTube with his Rubin Report program, claims that the video platform has demonetized several of his interviews, including the one with with conservative economist Thomas Sowell, who's black. In response to Rubin's complaint, YouTube told him they were looking into whether “the context around the video has changed,” whatever that's supposed to mean. Under the rules of intersectionality, a gay man (Rubin) sitting down to talk with a black man would normally offer a non-stop stream of truth, but what's left unsaid is that this applies only if they have the correct politics.

Independent journalist Tim Pool's reported that YouTube removed a video in which he criticized the mainstream media for falsely reporting that the Parkland, Florida shooter was tied to a right-wing conspiracy. Is the mainstream media now a protected group under the modern creed of progressivism?

Rubin and Peterson announced that they're in the process of starting their own fundraising platform, but there's a complication. As it turns out, Patreon's word-policing is driven by the same payment processors—MasterCard, Visa, PayPal, and Discover—that any fundraising platform will have to answer to. The fact that these firms are exercising their tremendous financial clout to enforce a political ideology's a chilling development. Starting a new credit card company's a much more daunting task than launching a new fundraising platform, which some right-wingers banned from Patreon have already discovered. The Electronic Frontier Association (EFF), which regularly lines up with progressive causes, has expressed concern about this development, and called for more transparency from the payment providers.

Who would’ve foreseen banks becoming de facto censors of the Internet when legal speech that's unpopular in some political circles is involved? Cryptocurrency offers one way of removing the payment providers from the fundraising process, but that would require a major effort by people like Rubin and Jordan to get people used to using it.

The major dangers of financial firms getting into the business of censorship is how much control the government has over them (it's a highly regulated industry) and how much personal information they have on almost everyone—information the government doesn't even need probable cause to access. It’d be helpful to have a public record of when the government requests a financial firm to act in a censorious manner, which transparency reports would accomplish. These reports aren't anything new. Firms such as Twitter and Verizon have been releasing them for years. A government-bank alliance to patrol free speech is something to be fought unless you prefer authoritarianism.