Truth in advertising is the biggest lie of the century. 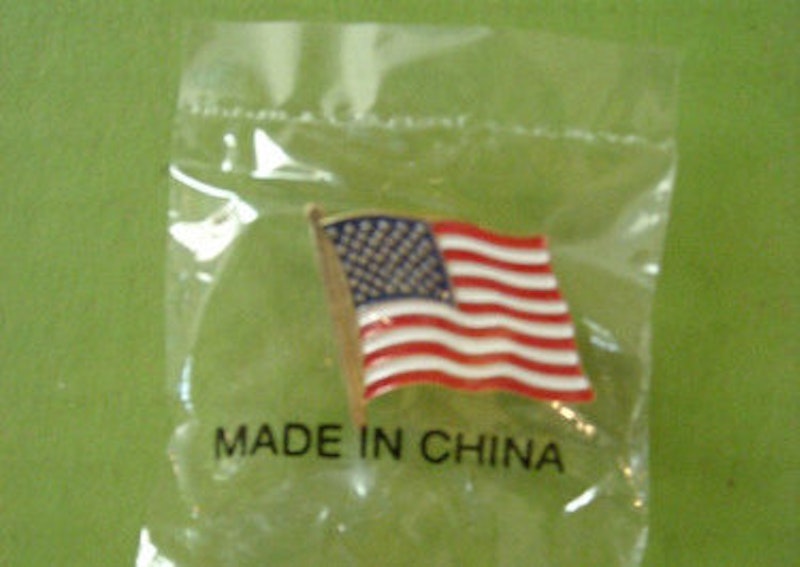 The late social satirist Bill Hicks once said, "If there is anybody out there who is in advertising, they are the spawn of Satan and should immediately kill themselves. Filling the world with bile and garbage, you are fucked and you are fucking us, kill yourself now. Stop putting dollar signs on everything."

The holiday season’s in high gear. Dollar signs are flashing in the eyes of every salesman and retailer. Holiday ads everywhere you look. Eventually someone will figure out a way to post ads on the inside of your eyelids while you sleep. The ultimate subliminal advertising. Hidden messages transmitted through airwaves like, Buy Coke, it's the real thing. A double sale, as soda and cocaine profits soar. Like the split-second subconscious images they flash in movie theaters, let’s go out to the lobby and buy popcorn and candy. I’m a sucker for surreal visions of hotdogs dancing with boxes of popcorn. It always makes me drool.

Millionaire Sen. Charles Grassley (R-IA) was recently quoted on his thoughts about the death tax: "I think not having the estate tax recognizes the people that are investing, as opposed to those that are just spending every darn penny they have, whether it's on booze or women or movies."

What alternate reality do these buttheads live in? Pennies don't buy squat. I reckon that taxpayers pay for all of Sen. Grassley's booze, women and movies. Or worse. All politicians are on the taxpayers’ payroll. These self-entitled blowhards actually believe the bankrupt American dream to work hard, play the game, break the rules and gather ill-gotten wealth. If you don't, you’re a lazy slob, alcoholic, and drug-addicted criminal on welfare. The classic commie, pinko, faggot, junkie in a broken down system.

The first television ad was broadcast on July 1st, 1941. It advertised Bulova watches before a ballgame between the Brooklyn Dodgers and the Philadelphia Phillies. The ad cost Bulova less than $10 to run. Today it would cost millions for the same spot. Advertisers use terms like target audience, crucial demographics, hard sell/soft sell. The strategies use persuasive marketing implementing pathos, logos, and ethos to evoke emotional responses from good little consumers. Three Latin words that mean deception and half-truths, a hypnotic sales pitch. I can still remember commercials word for word from 50 years ago but I cannot remember what I did last week. All the stupid jingles like, "Mommy call Hampden,” Cloverland Diary, Mary Sue Easter Eggs, and the Oscar Meyer bologna song.

The most insincere line of all time is, "Your call is important to us, please continue to hold." Or "Would you please take a quick survey so that we may better serve you?" Some of the worst scams are the shakedowns at the cash register when the cashier asks if you want to contribute to some charity for whatever worthy institution. It's worse than the Jerry Lewis Telethon. It's bad enough you're overcharged for basic necessities, now they want you to donate money to some bogus cause which is a fraud. Your donations sit in corporate bank accounts until they decide to hand over a tiny percentage to whatever organization they're in cahoots with.

The very nature of business and advertising is a formula of separating you from your money for goods and services that are shoddy, cheaply manufactured in China, Mexico, or some third world hellhole sweatshop. "Buyer beware" is the cry heard across the land. Enter the Dollar Store, behold the glorious wonder of Walmart. Or never leave your house again and do all your shopping on Amazon and the dark web. America sold us out long ago. Even if a tag states, "Made In The USA," you better look for the small print.

Truth in advertising is the biggest lie of the century. There’s no lower creature than the dishonest businessman who tells you everything you want to hear. There’s no proof that P.T.Barnum said, "There’s a sucker born every minute," but that doesn't make it untrue. Snake oil salesmen, sideshow barkers, evangelical revival tent preachers who claim to be healers, door-to-door salesmen, bible thumpers, tin men, cold call telemarketers and three-card monte sidewalk street corner hustlers out for a quick buck. Elaborate pyramid schemes and unscrupulous grifters. Carpetbaggers and speculators. Con men selling paper ties out of a suitcase. Flimflam artists waving cheap imitation gold chains and knockoff watches under unsuspecting noses. Promising the world for a measly few more dollars. Unscrupulous double-talkers selling the Brooklyn Bridge and the classic lemon on four bald tires.

Americans are gullible. They’ll swallow any naive notion. In god we trust, all others pay cash or put it on a charge card. That way you’ll have the convenience of easy monthly payments for the rest of your life. We only require your first born and two valid forms of identification. I’ll be back right after this commercial break. In the words of Johnny Rotten, “Ever get the feeling you’ve been cheated?”