Heineken and the “Different Opinion” Fallacy

How one commercial captures the rhetoric of our day. 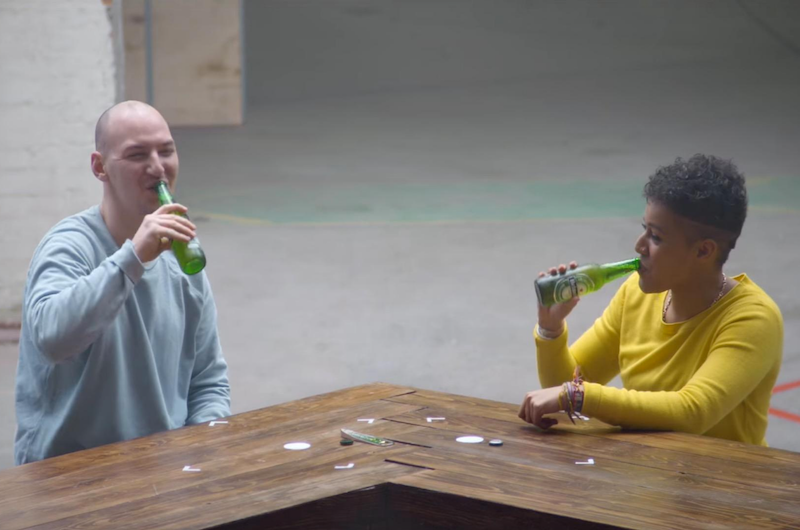 During last fall’s election, I was presented with a conundrum. Hillary Clinton's “basket of deplorables” comment was considered a near-fatal gaffe, but there was little outrage at Donald Trump's rhetoric and views about Mexicans, Muslims, and women by do-or-die Republicans. While pundits dissect where Hillary went wrong, which is not an unworthy endeavor, only a gutsy few have vocalized that there are likely cultural issues with bigotry that have gone unnoticed. Dare to mention this in any form and you'll get the response, “I don't have a problem with women/black people/LGBTQ/Muslims, I just have a different opinion.”

Their interlocutors are asked to treat this as if it were a matter of favorite foods, films, or other inconsequential trivia. It deceptively frames these denials of humanity as being on equal footing as the desires of those who are on the receiving of unequal treatment to be treated more equally. While this has been rebutted, it persists due to the effectiveness of shifting focus to the person who called attention to the prejudice. After all, the people who oppose bigotry are the real bigots. Maybe if you just sat down with the person who thinks that you don't deserve basic human rights and had a beer with them, you'd find that you have more in common with them than you think.

This is encapsulated in the Heineken advertisement “Worlds Apart,” cloaked within a feel-good naïveté that puts the Pepsi protest commercial to shame. Curiously enough, while there was outcry to this commercial, it was clearly more well-received on YouTube. What needs questioning is what desire this appeals to within us. Marketing appeals to our desires and fantasies in powerful ways, which is why looking at advertising from any given time period can give a detailed look into the culture surrounding it.

Perhaps it's because there's a desire for easy reconciliation, a painless form of forgiveness facilitated through a consumer product. Consumption is framed as the means by which to achieve this change. The ad sidesteps all the messiness, the arduous arguments made by people for the advancement of human rights, and the price paid to see things get just a little bit better. Just build a bridge to someone and that will solve everything. No one questions whether or not that bridge leads somewhere dangerous. Either way, I think I'll stick with Angry Orchard.