My old friend Chris Caldwell takes a break from politics to ruminate about threads. 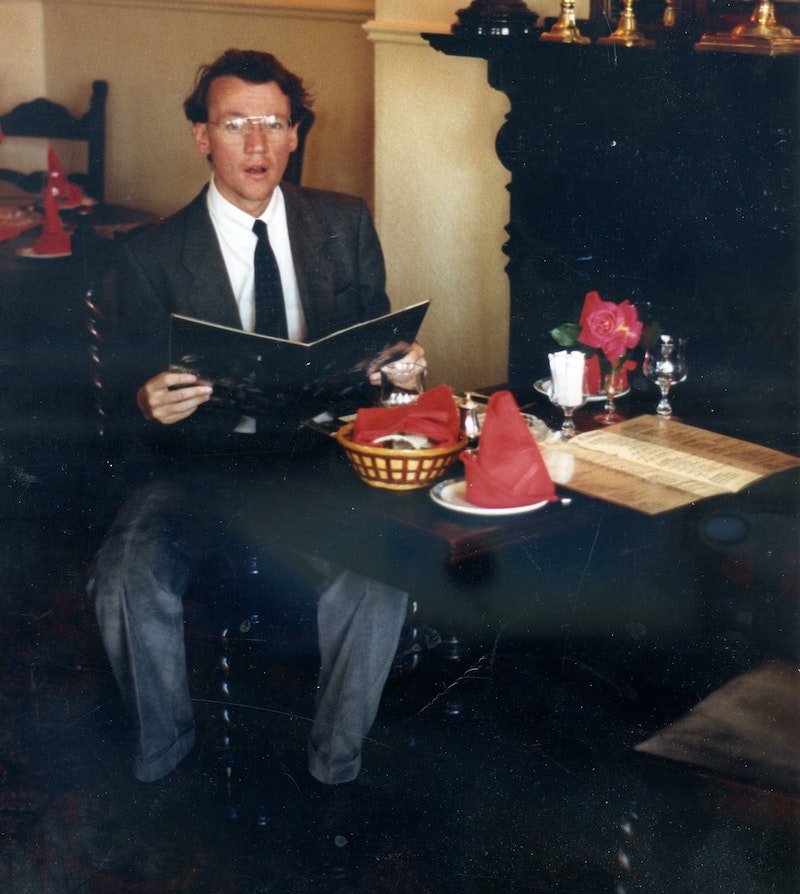 Nearly two decades ago, when The Weekly Standard was a magazine I subscribed to, and eagerly anticipated in the mail—in the late-1990s, I was gratified to be on their “rush” list, meaning it’d arrive at my Tribeca condo on Sundays—there was, among a lot of great writing, a feature called “Casual,” in which staff and contributing writers—Andrew Ferguson, David Skinner, Philip Terzian, Matt Labash, Joseph Epstein, P.J. O’Rourke, Fred Barnes and so on—wrote “light” columns about whatever was on their mind. TWS no longer exists (its last issue was in December, 2018), and its founding editor William Kristol—who, at the magazine’s inception in 1995 (funded by Rupert Murdoch’s News Corp.) urged, and urged, Colin Powell to run against Bill Clinton in 1996, a far, far better choice than lifelong political hack Bob Dole—has become at least a de facto Democrat, brought on by Donald Trump’s weird political ascendancy in 2015. Some say Kristol, once influential in conservative “Big Thinker” circles, has lost his mind—not uncommon among #NeverTrumpers—but I’ll hold my counsel on that score. I met and conversed with Kristol on half a dozen occasions in the late-90s, and found him delightful company. That he sometimes read and offered encouragement for my weekly New York Press counts for something, considering what passes for media today and the diminishing number of face-to-face encounters writers/editors have with each other.

I’ve written a few times, in queries about what political writers I always read in this splintered decade, that journalism’s “stars” today couldn’t field even a shitty baseball team. The progressive Thomas Frank is one—he doesn’t hew to left-wing dogma, which is why, unfortunately, he doesn’t have a weekly, or semi-weekly column in The New York Times or Washington Post—and Christopher Caldwell, prolific reporter, essayist and author of 2020’s fine The Age of Entitlement: America Since the Sixties, is another. I don’t care whether I agree with the ideas advanced by this duo, the independent and engaging prose is enough to reel me in. I’ve never met Frank, but Chris Caldwell and I have been friends for more than 25 years, since he began writing an excellent, and iconoclastic weekly column (“Hill of Beans”) for New York Press. He was employed by The Weekly Standard back then but was just as hard-working writer as today. Chris has no online presence, and I haven’t seen him (or his splendid wife Zelda) since he ventured from D.C. up to Baltimore for a small 50th birthday party my wife organized for me in 2005. The previous year, Chris, like me a Red Sox fan, and I sat in Camden Yards on an April afternoon and watched the 2004 World Champions defeat the Orioles in routine fashion: Curt Schilling started, and won, the game, and Keith Foulke closed it out. It was delightful. Chris predicted that John Kerry would defeat George Bush in that fall’s presidential election, although as November neared, I can’t remember if he revised that opinion.

In any case, earlier this year, Chris wrote a “casual” for The Spectator’s “World” edition. (Prior to the Standard’s founding, he wrote for The American Spectator, run by the kind-of-crazy R. Emmett Tyrrell, when it had a lot of juice and great writers—the magazine subsequently overdid it on the ongoing Bill Clinton scandals, and the Standard became the more polite, and influential political journal for conservatives of varying ideologies). He wrote, engagingly, about men’s clothing and fashion, specifically tweed jackets, which he still wears.

Caldwell: “To someone who learned to dress a generation ago, everyone today seems to carry himself like the hungover undercover policemen dripping mustard onto his track suit as he climbs into the passenger seat of the squad car in one of those gritty cop movies made during the Nixon administration—The French Connection, say.” He goes on to say that tweed jackets were unobtrusive—not a staple of Vanity Fair/Vogue designer puff pieces (advertorials, really) and common fare among journalists, academics and some businessmen—mostly on the East Coast—before Casual Friday came along and set off The Great Sloppiness that in part defines America today. On occasion, he recalls, a discerning person would compliment him on a tweed jacket, and that as a college student in New England (he’s now 60) a few women would ruffle the fabric with delight. Thankfully, he never mentioned men wearing elbow patches on their frayed tweeds, an affection I never cared for.

I went through a nearly-20-year period as an unglamorous clotheshorse. Including tweeds (as pictured above, Dublin in 1986); in fact, in 1994 I had a three-piece gray tweed suit custom made by a tailor at Alan Flusser at his midtown Manhattan store. I ventured further afield than Chris: on trips to London I always stopped at Harvie & Hudson for French-cuff shirts and jaunty neckwear (“spotted” ties, for example). In 1987, at Baltimore City Paper’s “Best of Baltimore” party atop Federal Hill (as it happened, my business partner Alan Hirsch and I had sold the weekly the day before), I was wearing an Italian blue and green windowpane suit, one of my all-time favorite pieces of clothing, which was eventually done in by too much wear and dry cleaning. I was feeling rather snappy until my good friends, Tom Weisser and Margaret Alton, frequent dining companions, pointed out with a duel “tsk-tsk” that I was wearing British shoes, which was jarring to them in conjunction with the suit. “At least spring for the real-deal Ferragamo, when you get to Italy,” Tom laughed, and I did just that, just a month later when I was in Milan. On that same four-month trip around the world, I had a muted brown suit made at Savile Row’s Anderson & Sheppard; this was new to me, the requirement of three separate (and long) fittings, spaced apart. That was kind of fussy, but I’ll say this: when returning to London from Manila for the final go-round, the tailor didn’t bat an eye when I walked in… he simply said, “Good morning, Mr. Smith. One more try and your suit will be ready in five days.”

Chris also favors blue blazers: “A blue blazer looks great at a board meeting, a bingo parlor or an arraignment—pretty much anything that doesn’t involve industrial machinery that you could catch your tie in.” I’ve owned a few blue blazers, mostly for variety, but always instructed the merchant to remove the “gold” buttons in favor of plain ones.

The conclusion of Chris’ story shifts from melancholy to hopeful: “It is still hard for me to imagine that my tweed jacket is the equivalent of a toga or doublet, and that I’ll be among the last to wear one… Our society is no longer what it was when it needed the tweed enough to invent it. But it is no longer the society that invented sonnets or Bordeaux, either. There is probably enough room for tweed jackets on the list of things that people no longer need but choose not to do without.” I’m not so sure: perhaps Chris’ sons are different, but my own wouldn’t wear a tweed jacket on a dare.