A Quibbits quarrels with a pretentious local landmark. 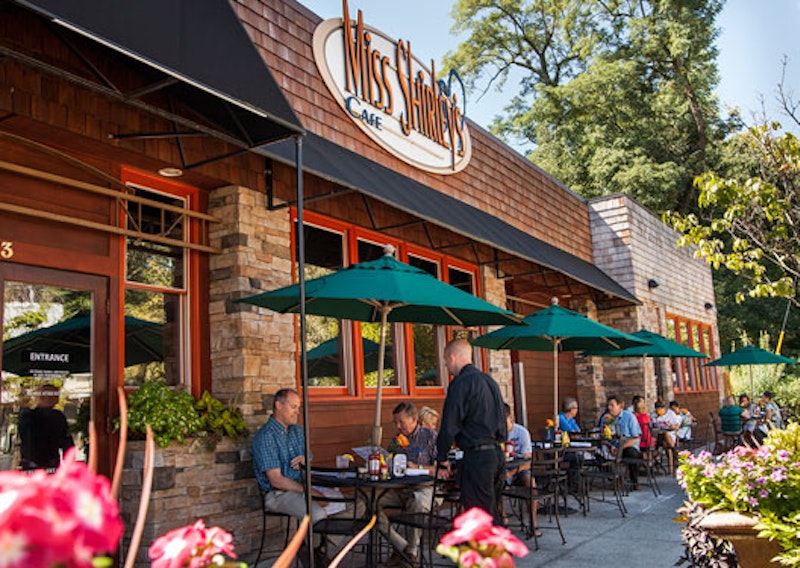 We Quibbits are known to quarrel. It’s in our blood. We start fights, confront and aggress. We make the first move. The Quibbits clan has a reputation for this, and not a good one, so we’ve cut back. Bennington Quibbits is not allowed in Best Buy anymore, or Starbucks. Monica, my partner, cannot get within five hundred feet of Siegfried and Roy. I am currently engaged in a long legal dispute with Brooks Brothers over delinquent payment for a modeling gig. It’s beside the point. That was years ago, and I’m done with having fun and allowing my coop’s name to be dragged through slop. Monica and I live a quiet life now in Bishop Boston’s Barn. We read to each other, go out to dinner, see movies, and occasionally go to Pecking Session with the younger Quibbits’. We even have brunch. Can you imagine? A Quibbits at brunch?

It’s normal for Monica and me to go out on Sunday mornings and get a quick bite. Emphasis quick. Now, new, Now. What’s happening now? I can’t deal with a crowded restaurant, especially in the morning, but if the food is good enough, I’ll suffer fools—to a point. But my experience at Miss Shirley’s on Cold Spring Lane in Baltimore has been consistently horrendous since the place opened years ago. Since then, they’ve swallowed the three adjacent businesses and abandoned buildings on the block, with an old pizzeria permanently boarded up two blocks down exclusively reserved for parking. Miss Shirley’s is always, inexplicably, packed to the gills, full of boiling brunchers and loud, ignorant college students. We were seated next to two particularly dim specimens of the beautiful people, braying about Moonrise Festival and how veganism is “retarded.” Bitch, I know that shit doesn’t affect you. I just about spur-clawed her heels.

This is all of course after we were seated in the first place. As roosters, we Quibbits should be immediately recognizable to any server in a restaurant. We usually get perturbed looks and shown the door before I can show them my badge and security clearance. But this place. My God! It’s one of those monstrosity brunch havens with permanent wait lists and buzzers and no discernible place to stand in line. Two groups went ahead of us as we patiently and politely waited before Monica stepped in front of the third and curtly informed the server of our presence. Blushing, she took us to a table in the third hall of the complex, a room full of empty tables where she managed to seat us inches away from another couple, while there were vast rows of peace and quiet and privacy behind us.

I was already steamed, like when you’re in a public bathroom using the urinal and someone decides to use the one right next to you. In any case, eventually we received some decent food. Monica had waffles, while I indulged a plate of pancakes, pig, potatoes, and toast. Sipping my requisite ginger ale, I was already plotting my revenge, certain that this was the most overrated restaurant in Baltimore by a country mile, second only to Woodberry Kitchen and its creepy, cultish atmosphere. After receiving our check and interacting with four different waiters and busboys, I exacted Rooster’s ruling: a one-dollar tip. I don’t care if the servers don’t pool tips and I screwed over one cog in a kooky machine. Collateral damage. My statement was made, and no sooner were we in the wheelbarrow did I unload on Monica all the bitterness and manic sorrow so typical of the Quibbits family. She agreed that it was a rotten scene, but encouraged me to wait a little before writing my screed to let my feelings adjust. Don’t eat at Miss Shirley’s. It’s no soup for the soul.