Is the liquor store guy your only friend? 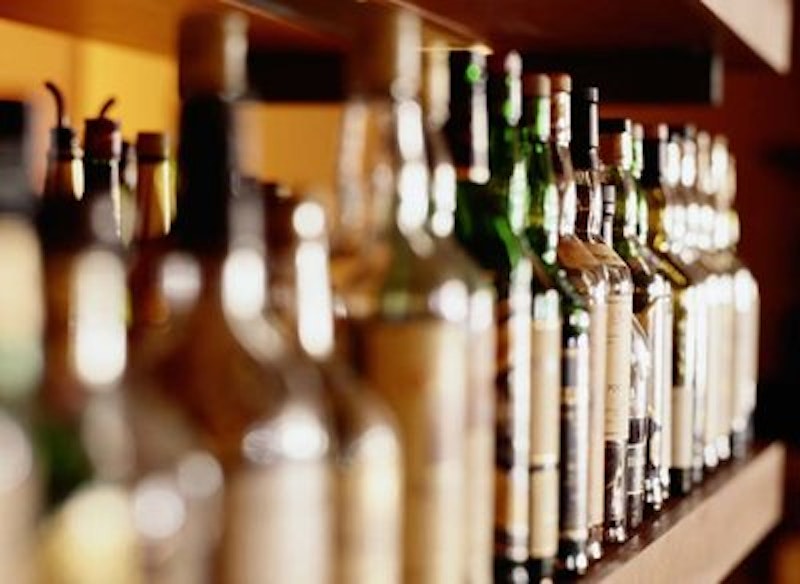 —You stop being the first to know when plans are made because friends are tired of you turning them down, saying, “I can’t tonight, I have to reorganize my spice rack.” Everyone knows you don’t have a spice rack and actually spent the last few nights deciding which Gilmore Girls rerun you feel like crying to.

—Your parents care less and less whether you come to dinner or sit in your room. Even when your mom makes your favorite, meatloaf, no one calls you more than once to the table and that’s okay.

—Your friends keep asking, “What the fuck is up?” referencing your clothing, unkemptness, flaking on plans, not listening to them complain about their boyfriends, and general contempt for everything they suggest.

—No one tells you anything about game night anymore in your family because they know you’ll probably just show up, drink three whiskey gingers, proclaim that Cards Against Humanity was made for cynical losers before passing out on the couch.

—Your parents have stopped asking you how you’re doing since you alternate between muttering a nonsensical response and blind anger.

—This year you noticed a significant decrease in the amount of people on Facebook who took the time to wish you happy birthday. You hate your birthday and think wishing someone a happy one via Facebook is cheap.

—People have stopped sending you invites to events via Facebook because they know you’ll say “attending” but then actually just live-tweet all the Breaking Bad you’re watching instead of actually showing up.

—Sometimes you wonder if the man behind the counter at the liquor store knows you better than your closest friends.

—Eating out with friends has become up keeping up appearances instead of wanting to hear how their lives are going. You figure “I do have to eat something,” then regret your decision to go while you hear about your friend’s new script they’re working on or some other bullshit you do not care about.

—When friends do text, you answer back that you’re excellent! Then send them a picture of you smiling so it’s believable. Your friends know you’re lying.

—The last time one of your friends tried to set you up with someone all you got was a lousy two for 20 meal at Chili’s and a stern text from a friend that talking about your depression to a first date is a horrible cliché. You write back that you don’t give a fuck.

—When friends come to hang out, it feels like you’re on autopilot and they are too. They ask if you’re doing okay, you lie, and they seem relieved. You hope one day you’ll be strong enough to tell them the honest truth.