The BLT Isn’t the Denali of American Cuisine

A strange article from The Federalist. 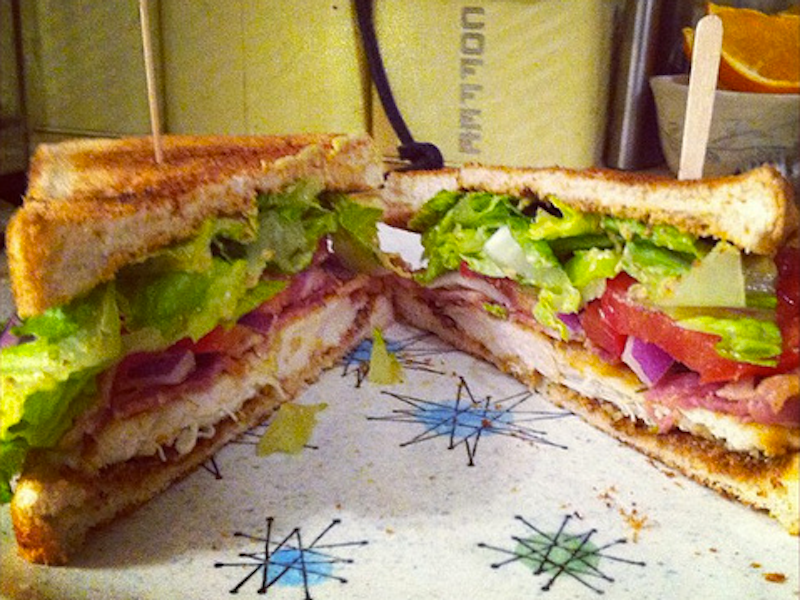 My friend Chris Beck, who scours Twitter far more compulsively than most—he actually makes comments about entertainment awards shows!—alerted me to a very odd post on Monday from The Federalist, a more or less conservative political website that features a lot of quality writing, especially Mollie Hemingway’s. Robert Tracinski, whose political articles are always worth reading, apparently convinced his editors to allow him a “summer piece.” The result, Tracinski’s musing on how to make the “perfect BLT, isn’t awful—his BLT is probably outstanding—but it reminds me more of an Esquire take, or, more obviously, any one of the ludicrously popular websites of the moment that live on soft fodder such as this.

Reading the first paragraph made me wince: Tracinski, writing as if it were 1980, lets readers know that American cuisine has made great strides since the “bad old days,” presumably when Chinese food was chop suey and pasta was called spaghetti. I’m not joking. In addition, he says, “America, in general, does not glory in its own cuisine,” which is silly. Pizza from New York comes to mind (although that staple’s been compromised in the past two decades), as does lobster, chowder and fried Ipswich clams from New England, Maryland crabcakes, and the steaks and ribs that’ve been popular in the Midwest ever since there was a Midwest.

I’ll give Tracinski credit for a lack of snootiness: he advises buying Wright bacon from Walmart, using Miracle Whip (rather than an artisan mayo) as a condiment, and isn’t a fan of the “healthy” whole wheat bread, since it competes with the “main ingredients.” Nevertheless, more than 2000 words on the appetizing, but let’s face it, pedestrian BLT is just too long. It’s not like he reveals much: late summer is the best time for tomatoes, Tracinski (who grows his own, which was probably the impetus for his article, a touch of braggadocio on a slow day) writes, as if his readers were simpletons.

As a kid, growing up on Long Island, the late-summer produce, harvested further East than my hometown of Huntington, was dazzling, and really elevated my mom’s usual fare that relied on canned/frozen/instant foods along with a meat (never fish) that was usually burnt. (Although in the case of Spam, that was the preferred preparation.) Our refrigerator was stocked with peaches, plums, nectarines, silver queen corn, strawberries and fat, ripe beefsteak tomatoes. (And in late-September and October there was a six-week window for McIntosh and Winesap apples, both of which are still fairly peculiar to upstate New York.) I still get a kick out of recalling my mother making a tomato and Hellmann’s sandwich on Wonder Bread, and paying no mind at all to the juices sliding down her chin and onto a blouse. Didn’t faze her: after all, the washing machine was always going, so what was the harm? Our BLTs in the 1960s wouldn’t satisfy the Galloping Gourmet Tracinski—cheap bacon that shriveled down to strips in the frying pan, iceberg lettuce (who’d even heard of Bibb or Romaine?) and bread that I wouldn’t eat today, but it was darn good eating.

Tracinski ends with absurd hyperbole: “[The BLT] is a sophisticated sandwich involving a complex and delicate balance of flavors: the smoky, meaty bacon; the fresh, sweet brightness of the tomato; the crisp salad flavor of the lettuce with its tangy dressing of mayo; the nutty highlight of the toasted bread… It should also help rekindle your pride in America’s home-grown culinary traditions.”

Now, that’s really spreading the mayo too thick! We’re talking a simple sandwich—yes, best in the summer—not a tureen of terrapin soup.