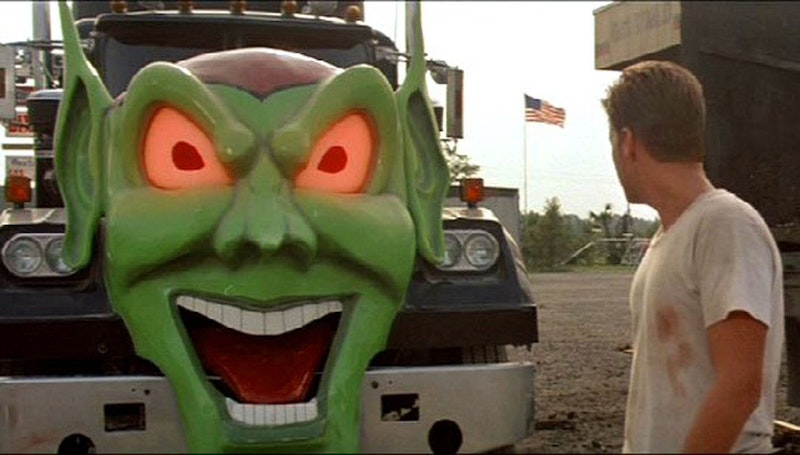 It was bad enough living in a time of paranoia about rival humans coming to the U.S. and taking the jobs we don’t want, earlier in the week. Now, economic blogger Scott Santens and others warn that self-driving trucks, which are in development, will yield massive permanent unemployment for former truckers and delivery drivers—part of a larger wave of unemployment caused by robots and new machines in general (some seven million jobs lost due to robot truck alone, by some bizarre reckoning). Santens thinks some sort of guaranteed universal income, paid for by redistribution, will be needed.

Look, we could address this with all sorts of charts and timelines and predictions about the benefits of labor-saving devices for creating whole new sectors of the economy and new forms of employment, as well as new forms of leisure. But I’m instead tempted to just ask, do we really have to have this conversation again, human race?

For centuries now, at each new wave of innovation, some bunch of Luddites cries that the resultant unemployment will be permanent for sure this time, that “those jobs will never come back,” and that humanity won’t know what to do with itself once [old profession X] is gone. Learn. Learn, learn, learn, dammit.

A mere couple of centuries ago, about 90 percent of the human race was in one business: farming. When chemical agriculture and machines made most of those gigs unnecessary, did 89 percent of us spend the next hundred years standing around unemployed, twiddling our thumbs? For that matter, if humans were that inert and unimaginative when faced with change—and new opportunities—wouldn’t nearly all of us have been unemployed back at the beginning of the millennia of farming, when all those old hunter and gatherer jobs went away due to the invention of crop-planting?

Come on, people. Our whole history is about ditching the older, tougher jobs and gradually finding ever-cushier, more refined things to do, catering to—and making possible—our ever more refined tastes. Yet there were serious warnings, for instance, that player pianos would end employment for musicians. Assembly lines would leave armies of unemployed former factory workers in the streets forever, and so on. Nonsense.

Machines can be a little scary—like the possessed toasters and automobiles in the terrible Stephen King-directed film Maximum Overdrive from 1986 (starring Mexican-sounding but Spanish/Irish-descended Emilio Estevez). That awful film lost money at the box office even on a paltry $9 million budget—and yet the star and the working-class-identifying leftist director of that disaster are still employed (note that writer/director Stephen King is not to be confused with the outgoing chief economist of HSBC by the same name, who will probably also find other work).

That killer-truck film also gave us the entire Who Made Who album by AC/DC: the title track is one of their best songs. So don’t tell me intelligent machines are a menace. And AC/DC itself can’t be considered homicidal at that point in its career, either, since drummer Phil Rudd, recently arrested for conspiracy to commit murder, wasn’t in the band at the time.

And no, even though it was the mid-1980s, they didn’t just permanently replace him with a drum machine.