Kiddies and Their Heavy Metal

It’s no recession for orthodontists as more and more parents outfit their children with braces, sometimes more than once. 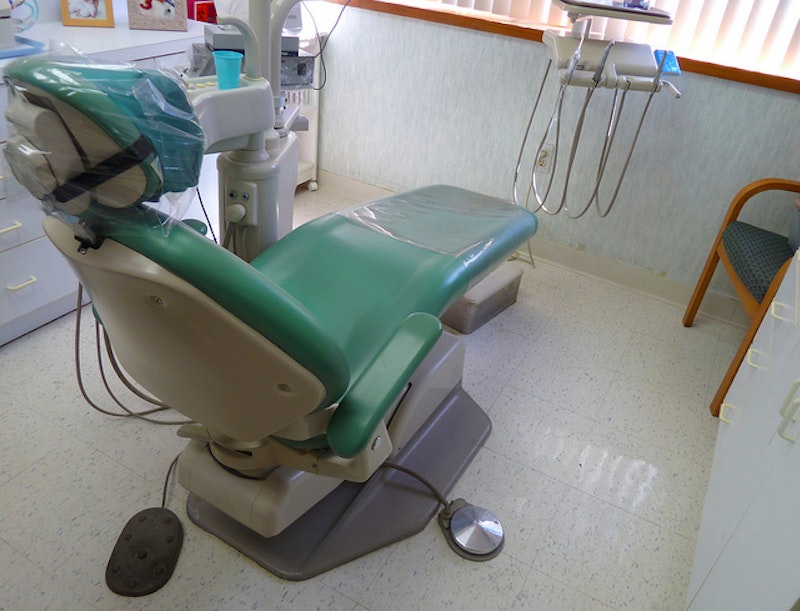 It’s not often that I read an article in The Wall Street Journal’s “Health” section from beginning to end, but on Nov. 16, a report by Nancy Keates was so eye-popping and incredibly bizarre that it left me bewildered hours later. Quickly: what do Yankees skipper Joe Girardi and almost a million 7-10-year-olds have in common? They all wear braces. Apparently, orthodontists are not among the casualties of a severe economic downturn that’s lasted over two years and still rolling along. According to Keates, a growing number of parents are electing—often with the prod of dentists—to fix the overbites, crooked choppers and crowded teeth of children who’ve yet to enter middle school. Except in extraordinary circumstances, this strikes me as a mild form of child abuse, especially since there’s no guarantee that young Michael and Andrea won’t need more orthodontic work once their adult teeth come in.

Cynthia Beeman, an associate professor of orthodontics at the University of Kentucky, gets the award for the most disingenuous quote of the past week. She says, “We aren’t trying to grab business. It is in the culture now that kids want to look like celebrities.” I’ve no idea whether plastic surgeons are now working round the clock to perform nose jobs, tummy tucks and Botox injections on kids not far removed from toilet training, so they can “look like celebrities,” but if that’s true American culture really has gone crackers. Would it really be a shocker, in this tawdry context, that a nutcase dad was slipping some Viagra into his rapscallion tween son’s morning orange juice just to give the boy a leg up on the competition for the girls at school? I suppose it’s possible that some overzealous parents, shopping their kids around at television and model auditions, might be willing to bear the expense of a double-dose of braces—we’re talking a lot of money here, some of which is covered by insurance, some not—but that the practice is becoming more and more routine just strikes me as weird.

It could be that my own dentistry phobia is doing the talking here—like millions of Americans, I’d far prefer getting needles stuck in my arm for an hour rather than spend the same amount of time with some man or woman poking around my mouth—but probably not. After all, as Keates points out: “In the U.S. the shift to earlier treatment dates back to around 1990, the year the orthodontists association began encouraging the screening of 7-year-olds, with magazine ads and videos aimed at parents.” And Prof. Beeman says her profession isn’t trying to “grab business”?

All this mouth work isn’t confined to the pre-pubescent demographic, of course. The dentist that my family frequents is a good egg, and I enjoy talking with him about politics; he’s one of the few adults I encounter on a semi-regular basis who doesn’t read from the Democratic hymnals, and though we speak softly—some of the hygienists still flip cartwheels for President Obama—it takes my mind off the onerous task at hand. Nevertheless, he’s repeatedly suggested that it might be a swell idea if I was outfitted with braces; my bottom row of teeth are jammed in tight, you see, and the cosmetic improvement just can’t be overestimated. And there’s the odd (to him, at least) fact that my wisdom teeth are still intact and so why not yank them out as well?

I understand there’s a correlation between gum/teeth disorders and heart trouble, but, according to annual tests from my primary doctor I’ve dodged the lousy ticker gene from my father, so no, my wisdom teeth can stay put. I remember the agony my wife went through years ago when her wisdom teeth were excised, and, as I’m no masochist, it falls into the “El Paso” bin, as the late Marty Robbins might’ve said. As for the braces idea, I always look at the dentist like he’s a kook, for after all, at 55, I’m not a kid and have managed to negotiate my way through life satisfactorily despite a row of crooked teeth. And my uppers are straight as can be, so it’s not like I’ve got a Shane MacGowan look going on.

As a youngster I dreaded after-school visits to Dr. Ellis’ torture chamber of dentistry, knowing that the drill—which back then was about as big as a jackhammer—wasn’t going to tickle. This dentist, a family friend, also pounded the braces theme, leading my mother to ask me one day, tentatively, “You don’t want braces, do you, Rusty?” When I said no way, Jose, she sighed in relief—it was an enormous expense—and startled me by saying, “Well, now that that’s settled, why don’t we go to the Walt Whitman mall and you can pick up a couple of albums at Sam Goody’s, my treat.” This demonstration of largesse was an event so extraordinary, so out of character, that I didn’t pass it up, and off we toddled to the mall, and she picked up the tab for Traffic’s Mr. Fantasy and Love’s Forever Changes. I later wrote a letter to one my brothers at college, starting off, “Hey Doug, You’re not going to believe this, but…”

It’s said, by a few people Keates interviewed for her article, that parents want to spare offspring the uncomfortable braces experiences of their own youth. Fair enough, but two possible rounds of mouth metal? Doesn’t make sense, but maybe there’s something I just don’t get about “celebrity.”