A new policy orders Starbucks baristas to slow their roll. 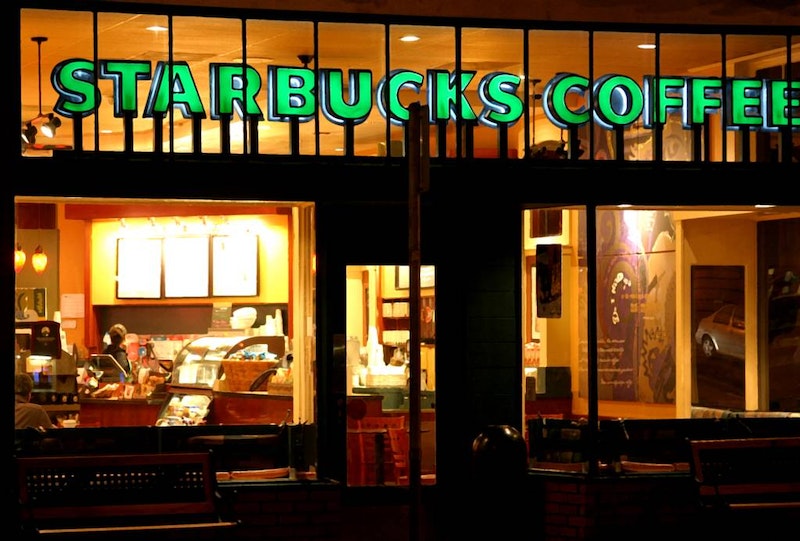 As a former employee of Starbucks, I’ve always held a grudging respect for the institution. Granted, most of that is because the 10 or so bucks an hour I made for four months of full-time work was just enough to purchase a Fender Thinline Telecaster at the end of summer (my electric guitar was stolen at this ridiculous July 4 kegger I threw at my mother’s place—while she was out of town, of course).

Then there was the fact that the company mandated two days of paid education. I sat in a room with 20 or so hungover coeds while a crew of (stereotypically) over-caffeinated baristas explained why Starbucks was just so darn awesome. It seemed just a little quaint that a mega food-service corporation would care that much.

And that’s the thing about Starbucks: it cares a lot about what you think:

Amid customer complaints that the Seattle-based coffee chain has reduced the fine art of coffee making to a mechanized process with all the romance of an assembly line, Starbucks baristas are being told to stop making multiple drinks at the same time and focus instead on no more than two drinks at a time—starting a second one while finishing the first, according to company documents reviewed recently by The Wall Street Journal.

It’s completely unclear what facts prompted the phrase, “customer complaints that the Seattle-based coffee chain has reduced the fine art of coffee making to a mechanized process with all the romance of an assembly line,” particularly since at the end of the article we learn that, “Earnings at Starbucks rose 37% while revenue for the quarter ended June 27 increased to $2.61 billion from $2.4 billion in the year-earlier period. Sales at U.S. stores open at least a year rose 9% in the quarter thanks to more customer visits and higher average spending.”

Regardless of whether this writer is egregiously in love with her own writing or not, the news is interesting in that all signs point to longer lines and angrier customers if baristas start working at half-speed.

Over at the Atlantic, Megan McCardle offers some interesting context:

How they solve it makes a big difference. Consider how Burger King and McDonalds differentiated themselves a few decades ago: McDonalds maximized throughput with batch cooking, while Burgering relied on a sort of mechanized burger assembly line. That meant that Burger King's product was more consistent, and could be more easily customized, since they arrived in a continuous stream rather than all at once; that's why they emphasized that you could "have it your way."  Among other things, this made labor quality less important, because the machine, not the worker, cooked the burgers.

But while the "burger stream" arguably delivered a better hamburger, it also meant throughput was bottlenecked; you got one burger every few seconds, no matter what. So Burger King tended to deliver a better burger during slow times, but McDonalds could handle the highest volume periods. In burgers, it turned out that volume mattered more than the ability to have exactly the burger you wanted.

My prediction is that once these new standards are adapted nationally, we’ll see a localized trend. My Starbucks was always chock-full of every asshole you can imagine. It was across the street from the American University law library and smack in the middle of an upper middle-class neighborhood that looked just like the frat scene at college—except with breast implants, hair plugs, a couple of kids and a whole lot of Fitzgerald Lite existential angst. I can’t imagine that crowd cottoning to any slowdown; some of those folks were getting their fixes three, four, five times a day. Time is money. So for locations like these, we won’t see much of a slowdown. A barista’s day slows to a crawl when everyone is hollering for his or her extra-hot skim latte. There’s no way these baristas—or their managers—are going to stick with the program.