I Realized I’m a Libertine on a Private Plane

RQ’s New Year’s Resolution is not as positive as one would hope. 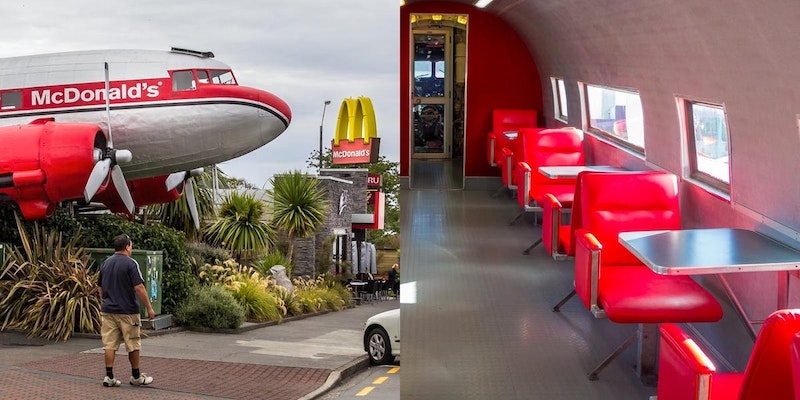 My ride on the plane was not as fun. At least not as consistently fun as my wife’s, who enjoyed Big Macs (with “NO CHEESE”) and an enormous amount of food that I could only smell. I didn’t dare look; it was horrible enough up in first class. Bennington and Polly made sure we had separate compartments on the plane, just like a married couple in an old movie, or in a bad marriage. But our marriage isn’t bad—no, we’re just like this. Tempestuous. Outrageous. Dangerous, even. But we have fun, and that’s what counts. I tried to have fun on the plane, and I wanted my custom Big Mac, but all I got was a lousy prostitute and a chicken box.

I don’t mean she was ugly, really she was rather fetching; but I wasn’t in the mood. I wanted to eat, and the chicken was soggy. Bland. The only time I eat bird is when I’m in the air. You may say that’s ironic, and I will say that you’re an insensitive bigot that belongs in a ditch. Kentucky Fried Chicken delishus… I put Monica’s odors out of my mind and beak and put more of Colonel Sanders’ murder meat into my mouth. Breasts and legs… tendies… potatoes, tomatoes, pasta tomato mayonnaise sauce… all so, so delishus… after the hooker got tired of waiting around for me to “do something,” she decided to “do something” and went and got me some Worcestershire sauce. I needed it for my beef patty.

“Pizza and beef patty Worcestershire combo delishus…” This was a human woman hired to fuck me, mind you, and she looked horrified the entire time. I’m not sure she understood my dialect, but she certainly obeyed my commands: Taco Bell. Crunchwrap Supreme. Cheesy Gordita Crunch. Burger King Chicken Fries. Wendy’s Square Burger (horse version). Whopper Sr., Jr., and Auntie May (heroin I bought outside the establishment). Even Checker’s is getting in the mix—check out the big bread on the Big Buford! I’m high. But I’m also hungry. And sex is not compatible with either of these feelings. I shooed the hooker away into my wife’s lair and never saw her again. I needed to make room so I started looking for the pilot’s private cocaine (they always have some, it’s provided).

And then I blacked out. It was quarter-past nine when I woke up, and everyone else was out. There wasn’t even any noise coming from Monica’s quarters, and I didn’t dare (or care) to look. The hooker was gone and so was the fried chicken, and I felt like absolute shit. I’m a monster. I’m a cannibal that ate of my own flesh and blood—not only that, but the deformed, steroid pumped adrenalized and massacred mutations of my kind. I ate them and their crispy skin. And I loved every second of it. I want to fly on this plane forever and eat fried chicken and mayonnaise and do enough cocaine to stay awake so I can eat and not get constipated. I won’t be touching ground much after the holidays. Bennington will have a nice Christmas. But I know now, up in the air, that I’m a libertine.

There was a single Whopper Jr. left underneath the hooker’s jacket (I guess she parachuted out or went back into the whore I mean my wife’s chambers), and I ate that sonofabitch like nothing else. I don’t care what’s in it. I don’t care that animals and people were hurt and killed in the process of this product reaching my beak and my stomach. I just don’t care anymore, and it feels fine. It doesn’t feel great, let me be clear. But it feels fine. And once Bennington gets stable, sober, and readjusted, it’s time for me to fall off the wagon. I’m flying high next year. Big Macs—WITH CHEESE. And spicy mayo. Delishus…