Our Dinner with Bennington

The Quibbitses finally reconcile and bring Bennington back where he belongs: the family dinner table. 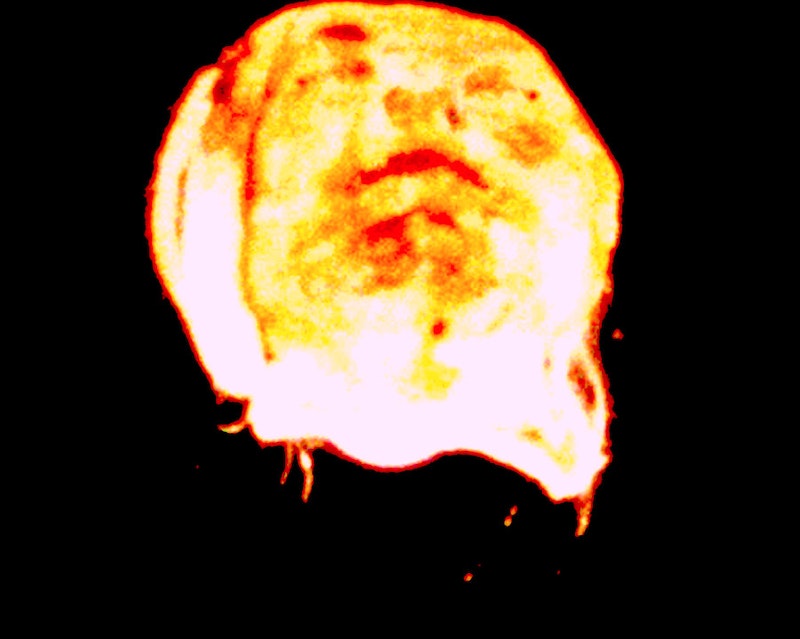 “If you don’t let Bennington out of the basement right so we can open presents, I’m going to scream.”

That was enough—I said okay, I got this, no problem, sorry and I apologize ma’am. Monica developed a defense technique during her time in the jungle, a scream at a certain frequency that can make everyone in a medium-sized room permanently deaf. That means no hearing. Forever. Last week at church (we go now), some old cunt was coming onto Monica in the bathroom (she told her, “You know I find you to be a fascinating person.”). Luckily she couldn’t press charges because she died of a heart attack, and all we had to settle up was the mirrors Monica broke. She knows now to use her power carefully. “With great responsibility,” I told her. She said she never liked Spider-Man. “Ooooh, waaaah, my Uncle Ben diiiiiiiied!”

My wife can be so mean sometimes. But also so funny. I love her.

I let Bennington out of the basement and he scurried up with a muffled “thank you” and went to his feeding bowl. When it was empty, he looked up at me, confused and scared: would the torture continue? No: “We have a seat for you at the table.” Benny pointed with his left wing to his wide-open beady eyes. “Me?” he silently signaled. Yes, Benny. You. You may join us now. We’re eating dinner, and it’s your favorite: fried mango and trout.

Before she threatened to deafen me, Monica prepared a spread fit for four people. I was afraid to ask what she was doing, but she knew Bennington was malnourished and needed to be stuffed. “This is his breading time,” she told me. “He must feast.” At the table, we ate like a family for the first time in years. After the initial icebreakers (“Sorry for imprisoning and torturing you.” “S’all good.”), we had a good ole time, laughing and singing and throwing food at each other. It was the proper Christmas/New Year’s party we never got to have. “You guys know I got Covid down there, right?” We both shook our heads. Did this motherfucker just break quarantine? “I’m all good now it was mostly right before Christmas. I haven’t had any symptoms for a week.”

Reluctantly, I let him stay at the table. But Monica never stopped glowing that night, and I kept looking over at her looking over at Benny, making sure he wasn’t eating too fast or feeling too uncomfortable. I still wasn’t ready to forgive, but something he said in the middle of the fifth course (venison), he said something that changed my mind: “When I was down there, I thought about writing. Like you, Rooster. Novels. Books. Articles. Magazine pieces. Think-pieces. Medical journals. Academia. Scholarly art criticism. Pamphlets that they hand out at the hospital. I think I could do that. Not like you. But I think I could do it. In my own way.”

Is he high? Whatever—it’s the Christmas/New Year’s Spirit. “I’ll help you get started, Benny,” I told him. I put my wing on his. “I’ll teach you how to write.” I looked over. Monica was smiling.

Bennington got to sleep in his own room that night, after opening presents. We got him a PS5, some games I’d never heard of but that Monica’s mercenary friends recommended, and a couple of remakes of games I used to play, like Final Fantasy VII. I tried to get him a Wii but Monica said they were discontinued (I don’t think they are…?), but the Amazon gift cards really went a long way. Benny can spend his money however he wants now. He better spend it wisely, and responsibly, but that’s his decision to make now. That’s his cross to bear. I believe in him. I think he can make it. I’ll help him write—I might not enjoy it, but I’ll do it, because he’s my cousin, and I love him.

Monica and I were washing dishes later that night, after Benny had gone to bed. It was almost dawn. She leaned over and told me, “You did good tonight, Roo.”

She put another dish down and smiled. “You did good.”