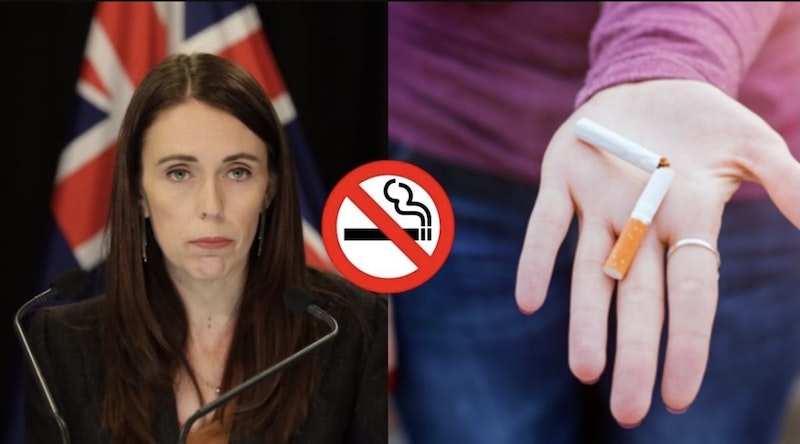 New Zealand will soon conduct a nationwide experiment: can a first-world country phase out cigarettes in the 21st century? New Zealand has a plan to create cigarette-free generations. This year, the country permanently banned cigarettes for anyone born after 2008. The country’s smoking age is now 18. However, in a few years that’ll start to increase by one year every year because of that hard cap.

It’s an experiment that’s worth watching given its many potential upsides—and downsides. Eliminating cigarettes could improve public health, lengthen a country’s lifespan, make the working class wealthier, and take pressure off the public and private healthcare systems.

The Center for Disease Control says the life expectancy for smokers in the U.S. is at least 10 years shorter than non-smokers. It also says that quitting smoking before the age of 40 decreases the risk of dying from a disease related to smoking by 90 percent. Opponents of tobacco argue that, unlike alcohol, it’s not safe in any quantity—although alcohol is another legal substance that ruins lives.

The CDC also says that smoking-related illness costs the United States more than $300 billion annually. That includes $225 billion in medical care, $156 billion in lost productivity, and $5.6 billion in lost productivity from second-hand smoke exposure. Smokers in the United States spend about $2300 per year on cigarettes, according to Cancer.org. Smokers are disproportionately lower-income earners, so it takes a bigger chunk of their income than wealthier persons.

And it may also save babies’ lives; pregnant women smoking increases the chances of a miscarriage and results in worse health outcomes for newborn babies. Those problems caused by smoking seem like they would happen in any country that allows it, including New Zealand.

However, there are several arguments against this proposal. It’s a loss of freedom. This is something billions of people across the world do, and most enjoy. It’s also an industry that creates jobs, supports small businesses, and generates tax revenue. Most farming jobs in the United States go to illegal immigrants and H-2A visa workers, so those jobs aren’t a big concern of mine.

A ban is also an example of the government telling someone what they can and cannot do with their body; as a conservative, I don't care about the bodily autonomy argument. Mostly, only libertarians make the argument in good faith. However, it’s hypocritical of a supposedly pro-choice prime minister like Jacinda Ardern, who effectively legalized elective abortion for up to 20 weeks of pregnancy in New Zealand last year.

New Zealand has a weird history with the bodily autonomy concept. In a nationwide referendum last year, citizens voted to legalize physician-assisted suicide (bad) and against legalizing marijuana (also bad); it was the opposite of the statewide votes taken in my home state of Massachusetts in the 2010s (which got it right).

Phasing out cigarettes may result in more people using harder drugs and others buying black market cigarettes. It’s not fair to compare phasing out cigarettes to the American prohibition of alcohol for a couple of reasons. Nearly everyone who the New Zealand law aims to prevent from smoking has never smoked before. It’s easier to prevent someone from using a highly-addictive substance than it is to force them to stop once they’re a regular user. Also, it doesn’t ban vaping. New Zealand already banned smokeless tobacco in the late-2000s, but there will be an alternative source of nicotine available for those who want it.

Outside of New Zealand, there’s one place trying the same thing, although the ban is easier to avoid because people can travel to evade it. Anyone born in the 21st century can’t buy tobacco in the ultra-liberal town Brookline, MA. That includes vapes, making it a stricter ban than New Zealand. As someone who thinks the government needs to take action against substance abuse, I support what New Zealand and Brookline are doing.