The Price of Being Fresh

An unusual (to say the least) experience with the Fiji water company. 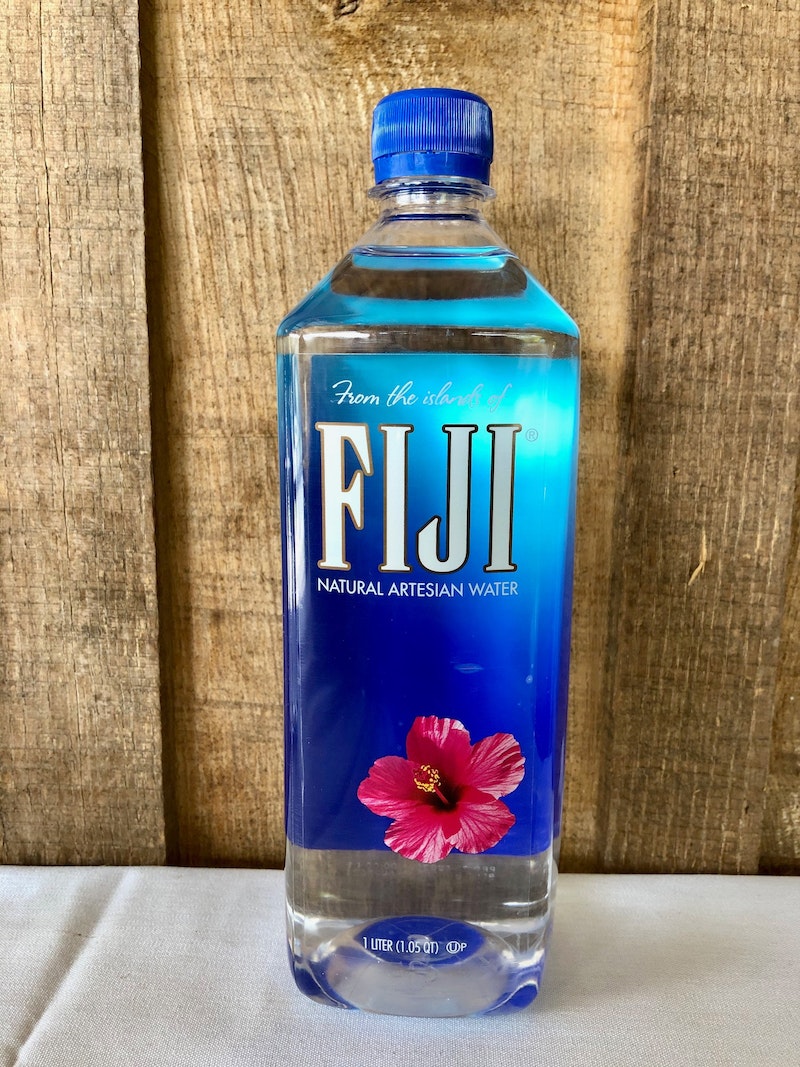 I sat in my fourth floor office at the Taft Building on the corner of Hollywood and Vine. The day was sweltering and the 1927 building felt like a sweat box. Through the western wall, I heard the Singer sewing machines from the Mother Plucker Feather Company as seamstresses made pillows and angel costumes. Through the opposite wall, salesmen from the chocolate-covered potato chip company pitched their dreck to local markets.

I worked as a phone salesman for a vinyl record pressing plant. My job was to contact record companies to procure their vinyl pressing business. I committed myself to 50 phone pitches a day. This meant another hour worth of calls before I could go home. Sweat dripped from my brow into my eyes. I reached for the bottle of Fiji Water on my desk and took a long sip.

I resumed my calls, staring into the Fiji bottle. That’s when I noticed several squiggly objects floating in the water. They were small, clear and gelatinous and appeared to be moving. I looked closer. They resembled sea monkeys, the kind you see in children’s novelty aquarium kits.

I removed the bottle cap and took a whiff. There was no discernible smell, just a slight odor of polycarbonate. I positioned the bottle in the sunlight. The squigglies were everywhere. I read the contents on the back label. Calcium, magnesium, potassium, sodium and 93.4 milligrams of silica. I googled “silica in bottled water” and learned that silica is a mineral remnant found in granite pits holding spring water. It was supposedly harmless and had health benefits like replenishing skin cells.

This seemed feasible but the squigglies appeared to be moving, as if swimming. Some flowed upwards, others sideways. They looked like they had little tails propelling them through the water like brine shrimp.

I found a toll-free number and called the Fiji corporate offices. Hawaiian-style hold music played as I waited for a human to come on the line. The Fiji website claimed the company was founded by a man named David Gilmour. Was this the same guy from Pink Floyd?

I rummaged through my desk drawer and found the receipt from Trader Joe’s where I’d purchased the water. It was only a few weeks old so it couldn’t have gone bad. (Does bottled water go bad?) I had no problem paying for bottled water. When you live in Los Angeles and find brown water coming from the taps, bottled water is the only way to go. I considered water filters but passed after learning they only remove sediments, not toxins like cadmium and mercury.

The first bottled water I ever purchased was Evian. After realizing the name was “naive” spelled backwards, I opted out. I tried spring water (defined as water from an underground source that naturally rises to the surface). Most brands had a strange metallic taste. I learned Sparkletts was bottled in Eagle Rock (just outside Los Angeles), Dasani was bottled in Detroit and Aquafina was purified tap water from urban water supplies.

When I came across Fiji Water, I succumbed to the promotional copy. The ads promised “water from a protected artesian aquifer” that makes “our water untouched until you remove the cap.” I had no idea what artesian meant and wasn’t much clearer on the term aquifer. The ads claimed Fiji tasted better than other water. This was odd, since water isn’t supposed to have taste. Yet something about the blue imagery and pink hibiscus flower on the bottle pulled me in. I visualized a tropical paradise where water sits untouched in a deep volcanic basin protected by ancient rock.

Years earlier, I’d attended a bottled-water conference in Torrance conducted by a water-quality expert. The woman claimed the two healthiest brands of consumer water were Fiji and Icelandic Spring. Both were alkaline and had abundant electrolytes. She rated the worst bottled waters as Aquafina, Dasani, Nestle Pure Life and Penta. These are often acidic and have elements of toxic chemicals and pollutants.

A Fiji customer service representative finally answered my call. A woman with a friendly voice asked, “Fiji Water, how can I help you?”

“I think my water might have something living in it,” I said.

“There’s stuff swimming around in there, little organisms.”

“Uh, may I ask your name and where you’re calling from?”

“I’m calling from Los Angeles and I’m not sure why you need to know my name.”

“Can you hold a moment please?”

She was flustered. A man’s voice came on the phone.

“Hello sir, how are you today? I understand you’re calling about your Fiji Water?”

“My water is moving. Like it’s alive. I want to make sure I’m not drinking parasites or something.”

“I can assure you there are no parasites in our water. Our water comes from an artesian aquifer in the Yaqara Valley, a remote part of Fiji’s main island Viti Levu.”

“I can read too. I just want to know what these things are in my water.”

He hesitated a moment. “You said you’re in Los Angeles?”

“We have a representative in your area. Would it be possible to send someone to examine the bottle?”

“Someone will be there in the next half hour.”

I gave him my office address then hung up. Fifteen minutes later, I heard a knock on my door. I was greeted by a gorgeous brunette with bright red lipstick, red stilettos and a crimson gown revealing ample cleavage. She looked like a 1920s Berlin Cabaret cigarette girl.

“Hello,” I said, addled by her presence.

“You called about your bottled water.”

She smiled, tilting her head at a coquettish angle like Lauren Bacall. One of the salesmen from the chocolate-covered potato chip company exited his office. Eyeing the woman, he gave me a wink and thumbs up.

“Come in,” I said. I closed the door behind her.

“You don’t look like a customer service rep,” I said.

We stood in silence. She maintained a perfect smile like a supermodel.

“Here’s the bottle. If you place it in the sun, you can see stuff swimming around.”

She moved the bottle to the windowsill and knelt for a better look. Her face became serious as she studied the bottle contents. She nodded her head up and down as if everything made perfect sense.

“I thought that at first,” I said. “But if you look closer, you’ll see they’re swimming. Like larvae or little shrimp.”

She laughed. “You’re not drinking sea creatures, I promise you.” She put her hand on my shoulder. My knees buckled.

“I have something for you.” She handed me a thick manila envelope.

“Do you mind if I take this bottle with me so we can examine it in our lab?”

I handed her the bottle.

“You have any other bottles,” she asked.

I pointed to several bottles on the floor. She picked them up without asking.

“Thank you for your time,” she said. “We appreciate your call.”

“Will you get back to me with the lab results?”

Before I knew it, she was out the door and into the elevator. I thrust my head out the window and saw her exit the building and get into a large black limousine. The manila envelope contained more than $100 in Fiji Water coupons. I sat on the edge of my desk, stunned by the encounter. I drove home and told my wife. She castigated me for not keeping one of the bottles as potential evidence of tainted water. I admitted to being disoriented by the woman’s presence.

A week later, I made a follow-up call to Fiji corporate. They claimed to not know who I was or have a record of my call. I asked for a higher-level manager. He too claimed ignorance. I cashed the coupons for several cases of Fiji. None of the bottles had swimming squigglies.

I put the incident behind me and stopped drinking Fiji Water. Years later, I came across an online article about the Fiji Water girl. A model was suing the company for using her likeness without permission and was in turn counter-sued by Fiji. I stared at the woman’s photo, wondering if she was the one who came to my office. I couldn’t be certain, but it looked like her.

These days, I drink Arrowhead Water. It’s locally sourced and has positive ratings. They don’t have models promoting their brand but they also don’t have sea monkeys. That’s enough for me.