The Science of Bagels

Our relationships with food are deeper than basic preference. 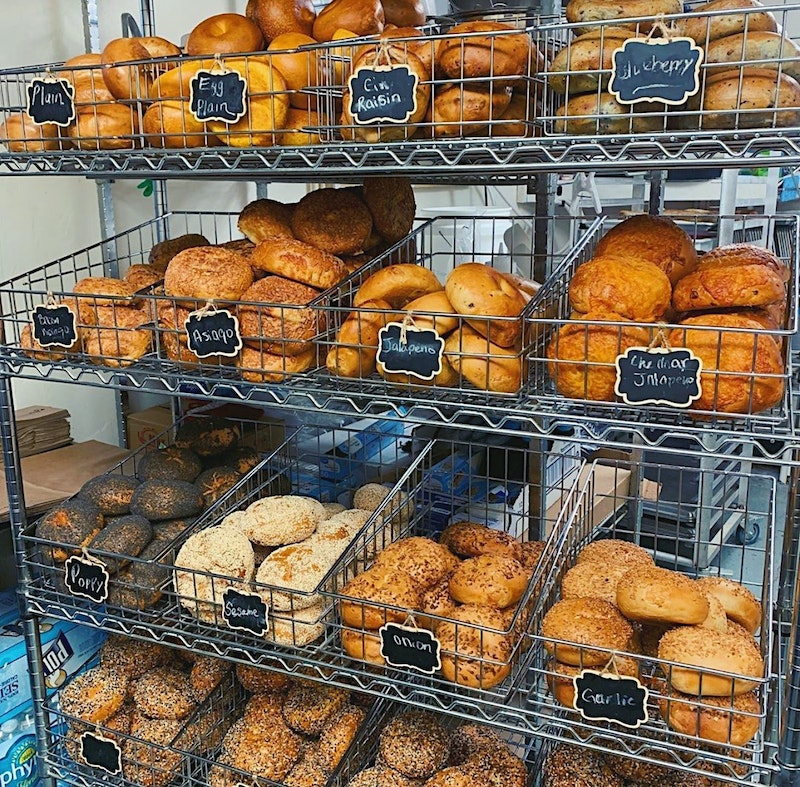 When we follow our desire for a certain food, there’s more going on than ”I like this pizza.” There’s a chemical reaction, where dopamine is triggered. Your brain links the food consumption behavior with good feelings, it “remembers.” “Comfort foods” remind us of connections to specific family and friends, and are also said to help combat feelings of loneliness.

Neuroscientists have argued for decades about how dopamine works and how it’s triggered. Fundamentally, it’s a neurotransmitter, sending signals to nerve cells in your brain. The positive reaction following the physical presence of a desired food can begin the transmission process. “Foodies” say presentation, smell, even the vessels we use to serve food are important factors in the acceptance and likeability of consumables.

Over time, the repetitive consumption of likeable items can build a relationship not unlike a sports fan’s allegiance to a team. One man’s New York pizza is another man’s Boston Red Sox. The term “fanatic” isn’t necessarily limited to following a center fielder. It’s just as valid for a bagel.

Culinary artists in New York have long explained the city’s bread products have their singular identity due to the water added to the different flours. Sourced mainly from Hudson Valley reservoirs, and fluoridated on the trip south, pizza crust, baskets of French bread, and bialys and bagels taste the way they do because of the water. Which would make it just about impossible to serve a Brooklyn bagel in Central Florida. Or would it?

Michael Rose began baking more than 30 years ago, with businesses on Staten Island and Long Island. After a successful addition in Myrtle Beach, more shops followed. Rose opened Bagel Bros Café in Clermont, Florida in 2020. His company trains bakers in each of his shops, a number of them come from baking backgrounds, so adding the finer points of proofing, boiling and baking completes the process.

Rose says his “comfort food” is pizza, perhaps the most contentious of regional delicacies. Chicago pizza is known for its heavy, thick crust, which proponents say allows the pie to stand up to multiple toppings. Chicago pies are often served in cast iron pans, deep enough to allow for a significant rise. There’s also a stuffed variety, that comes with a second crust on top of fillings, then finished with sauce.

St. Louis uses something called Provel, a processed cheese made from a combination of cheddar, Swiss and provolone. In St. Louis, they don’t hold back on the oregano in the sauce.

New York pizza, on the other hand, is served with a thin crust, and a thinner sauce than pizza outside the New York metropolitan area. Brick ovens still exist in plenty of locations, but fewer shops are found these days using the classic method.

You won’t find a “St. Louis” bagel. Nor is Chicago home to a different breakfast staple. A bagel, simply put, is high-gluten flour, yeast, malt and water. After formed to its round shape, the dough is first boiled and then baked. Seasoning a bagel correctly is a talent, an “Everything” bagel ought to have both sesame and poppy seeds, dried onion, garlic and salt. Rose’s Bagel Bros make their pumpernickel bagel with sesame seeds as well.

Research suggests that bagels originated in Poland, traveled to Germany, where their shape was close to a horse’s stirrup. The German word for stirrup is “beugel.” In America, the bagel has been a part of Jewish culture for generations. Like other co-opted foods, “store bagels” have become sweeter, and softer.  There’s one example of a town where bagels are different—Montreal.  There, eggs are used in the dough, and honey is added to the boiling water.

In the late-1800s bagels were a common street food on New York’s Lower East Side. By 1907, there was a union of “beigel bakers.” It’d be unfair to leave out the Lender family in a discussion of bagels, but the product… enough said.

As a recently transplanted New Yorker, I’m fortunate and happy to make my quiet Sunday morning drive to Rose’s shop in Clermont.