A culinary respite in Los Angeles courtesy of Casa Vega. 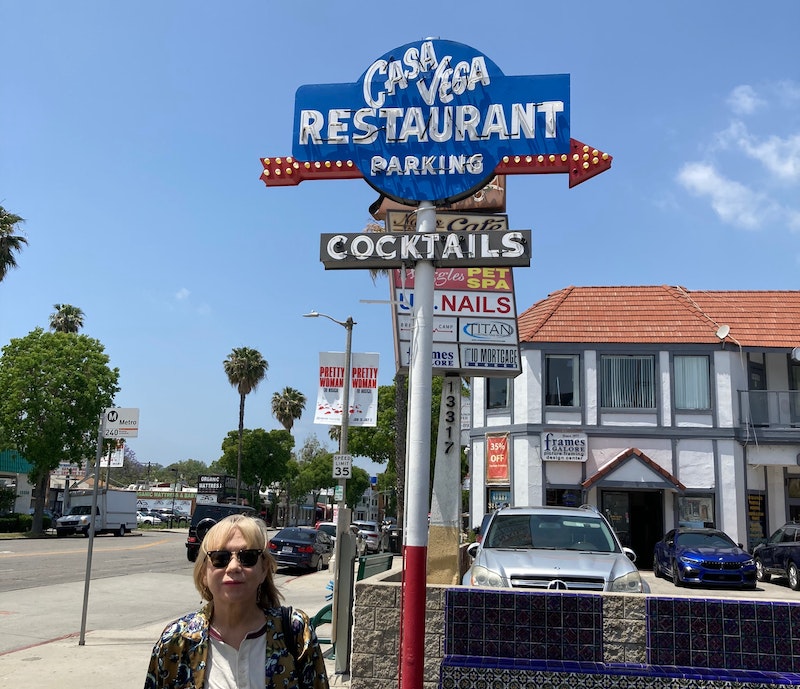 Millions now living will never get to eat at Casa Vega, pride of Sherman Oaks (I’m assuming) in glorious Los Angeles. Now’s the time to go: before the fires start again, before it gets too hot, before the Big One strikes and turns “Arizona Bay” into a reality rather than just a catchy Tool lyric. The air isn’t yet choked with smog or dust from the Santa Ana winds, the sun isn’t yet a cruel master, and there’s still enough water to go around, for all—even the lawns. According to The Economist, the most cliched airplane magazine still in print, Indonesia is still “at a crossroads,” just as Homer pointed out to Marge nearly 20 years ago. And no less than 41 percent of the freshwater in California is used for landscaping. Still enough to go around for throats and thrushes for now.

Casa Vega is the darkest restaurant in Los Angeles, an official designation, so you’re not likely to run into Mr. Magoo at the corner of Fulton and Ventura Blvd. My mom and I ended up there for lunch the other day, not our idea—but we both immediately recognized the name from Quentin Tarantino’s grand masterpiece, 2019’s Once Upon a Time in Hollywood. For those who haven’t seen the movie multiple times, since it came out, or ever at all, Casa Vega features in two brief scenes towards the end of the movie. First, when Rick Dalton (Leonardo DiCaprio) and Cliff Booth (Brad Pitt) are still in Spain shooting yet another spaghetti Western. That’s when Rick tells Cliff that when they get back to Hollywood, their work together is done—“I’m thinking I’ll sell the house, bank the money, get a condo in Toluca Lake… I’ve think we’ve reached the end of the road, old buddy.” Cliff just sips his coffee.

When they get back to America, maybe 15 minutes later in the movie, Sharon Tate and her friends eat at El Coyote, the spot where they had their last meal. Not in Tarantino’s world, but back to Rick and Cliff: they don’t run into Sharon’s group, because they end up at Casa Vega, sitting in yet another red leather booth laughing and stinking drunk in a low angle medium two shot. “It wasn’t about how much time he had, it was about what he did with that time!” Rick and Cliff go on and on about their old mentors and the way things used to be done when they were first starting out, so many years before this last “good drunk” would inaugurate their final days together.

It wasn’t so, because the movie was a fairytale, but Casa Vega is as real as the blood spelling “PIG” on one of the doors at 10050 Cielo Drive in 1969. However much you think you’ve inured yourself from the fame flame or shooting stars, it’s a trip to walk through the scenes of the fairytales you know through screens. I’ll never forget when one of my middle school music teachers told us about a media experiment he was a part of in the 1980s: a popular public access channel set up a camera in a mall aimed at a cantaloupe. It was a static shot of a cantaloupe, a normal cantaloupe. After a week or two, people in the mall noticed and started taking pictures with “the cantaloupe”—soon, people from other counties were coming to shop out of their way just to see “the cantaloupe” in real life.

Would the cavernous environment of Casa Vega be as inviting without me looking around for the exact booth where Rick and Cliff sat? No—I was all eyes looking for the booth where they’re supposed to be in Spain and the booth where they’re at Casa Vega. The food? Superb, like almost all Mexican in Los Angeles. There’s nothing comparable in Baltimore, and our only famous piece of cuisine, the crab, practically doesn’t exist anymore—where can you get a decent crabcake? Can you throw a stone and find a seafood restaurant in this city? No, but get out of Maryland, and all everyone knows about the city are crabs and cakes.

We left Casa Vega full and free of jealousy, knowing we’d be back, whenever it’s time to return to the cave.