We’re talking about deliveries within an hour or two while the rest of the nation waits a full 24 hours like a bunch of peasants. 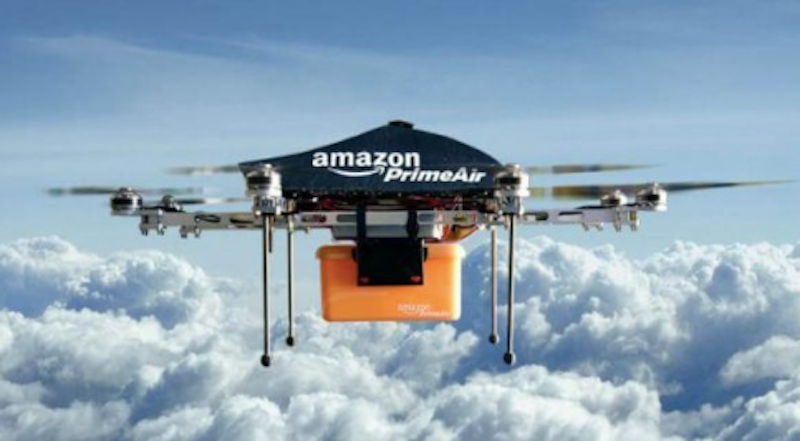 My kitchen is a galley with a peninsula and a seating area. I love it. Towards the front of the building is the work area with a sink below a street facing window and an oven to the right. The fridge is on the left. The stove top is on the peninsula a few feet back from the sink counter and it comes out from the wall so we have a breakfast bar opposite the work area with three barstools and beyond that a couch and coffee table with windows looking through a screened-in porch to the back yard.

One day I was cooking and chatting with my wife and two kids who were assembled randomly at the bar or the couch—I don’t remember exactly—when through the window I saw my 90-pound Belgian Shepherd-mix poise and then leap into the air, bringing down an unsuspecting mid-flight blue jay. I generously count myself at 5’10”. The dog would’ve seen me as an annoying and unnecessary scaffold as he hit at least 7”. He paraded the ex-blue jay around the yard in a victory lap before dropping it disturbingly close to the herb garden. I eat stuff from there.

I have an Amazon problem. I can’t attribute this to the brilliant Twitter user who wrote it because it was lost to the Twitter current years ago and I’m paraphrasing and expanding on anyway, but some clever person pointed out that in 1998 Amazon was explaining itself as a nothing more than an online bookstore, and you can just order books and we’ll send them to you. But by 2010 or so they were selling you scented candles for your kid’s kindergarten teacher and scented oils for your weird cousin without requiring you to walk through a beaded curtain into a store that reeked of patchouli. Per the Twitter poster, the end result is the very near “Welcome Prime Citizen to your Prime Home.”

I have an Echo Dot in the bedroom that answers to Amazon and another in the living room that answers to Echo and a full Alexa with an impressive speaker in my kitchen that unsurprisingly answers to Alexa. This means that in my kitchen, though I haven’t bought an album in over a year since I have Amazon Music, I can parse Linda Ronstadt’s “Poor, Poor, Pitiful Me” against Warren Zevon’s original over and over as I cook merely by saying “Alexa… do this.” I can listen to anything. What I can’t do is turn on the kitchen TV to watch Murder Is My Life starring Lucy Lawless because her character is named Alexa and the TV is right by the voice-controlled Amazon device, and it plays with my timers and peace of mind every time her character is addressed on the show.

If you have a dot or an Alexa, go into the app and play with the accents. We did this around Christmas and made them all Australian and it’s still funny.

But that’s not my Amazon problem. My problem is that it’s easier to buy books at a rate than it is to read books, and I lack self-control.

I won’t lie. This essay was inspired by a book I bought called Narcissus Leaves the Pool by Joseph Epstein. It’s a wonderful collection of essays and you can pick it up and put down between other books, but it was the second essay, called “An Extremely Well-Informed SOB,” that caused me to consider. It was a great essay about a book lover’s clutter, until you realize that all the clutter he mentions is in the process of being read. If you allow self-reflection it becomes an indictment.

He mentions stacks of magazines he should cancel because he’s tired of keeping up. I’m four months behind on my New Criterions. He talks about all of the novels he’s in the midst of and I can match his list numerically of all the novels I’ve purchased in the last year but have yet to crack the spine. I’m not a slow reader. At times I feel like I am because I’ve stopped seeing my wife, an editor, and my son, a rising 10th-grader, as reading books so much as devouring pages. They’re faster than me. I’m assuming they read around 800-1000 pages a week. I can’t read at the pace I buy.

Amazon did this to me. I’ll read a review while I rationalize that the book is just a click away. The reality is that for my realization of my purchase it’s an entry into 10-20 titles on an ever-changing hierarchy of desires, moods and interests.

I’m sitting on my bed writing on a laptop and I can see on the dresser a myriad of tasks: a new translation of Beowulf that was new a few years ago but just kept getting supplanted and a Yeats collection of Irish folktales, some stuff by Lord Acton, a collection of Roger Scruton’s columns that I bought primarily because the cover photo shows that he and Robert Redford, though different earlier, are aging into the same visage, Six Frigates, American Muckraker… and this is just my non-fiction bedroom stack on the corner of the dresser. There’s a bedroom shelf stack too. I have a similar stacks in living room and I’ll read that one book someday that promises to lead me to the promised I-solved-the-Rubik’s-Cube land. And then there’s the fiction. I’ve got stacks of them too.

At its most insidious, Amazon ensnares the Kindle owner.

This is brilliance wrapped in rapacity. I read an article that links to a referential tome and I innocently click to see what that’s all about and the link takes me to an Amazon page and the book is just… well, I’m not sure where my tension point lies. If it’s less than two bucks I’m going to buy the digital download and generally if it’s less than 10 bucks and I’m mildly curious I’ll do the same. I’m sure there’s a relationship between the cost of a hardcover and a digital book that triggers a “Bargain!” reflex in my brain, and I comply and buy that too.

I’m of two minds about the errant Kindle purchase. One: Be prepared to lose whatever book you paid for to be tossed into the digital jungle of a flash drive because when you were more than half in the bag at quarter past the last Law & Order on WE Network and thought you were buying a salacious Mackenzie Phillips tell-all but got your One day at a Time actresses mixed up and wound up with a cookbook about how somebody finally got to cook asparagus the way she wanted instead of Eddie’s nonsense with sesame oil.

Two: this would be the second mind—Sometimes it’s like Christmas.

I was bored a few weeks ago and rather than reach for the stack I started sifting through my Kindle purchases and found Clay Travis’ Republicans Buy Sneakers Too. I forgot I bought that. I read it in a sitting. It’s a great book and only $10.94 for the Kindle edition. Why not? It’s like the price of a burger.

I buy books from Amazon. I’ve bought clothes, hangers, notebooks, reading glasses, external hard drives, some weird little hook that lets my wife hang her purse from a restaurant table, and all manner of spices and hot sauces. I even got Irn Bru from Scotland, which was horrible so don’t do that. I’ve given a lot of money to that company.

Per Google Maps, the Amazon distribution center they just built is .9 miles from my house. I don’t know if that’s by crow or by road but either way it means we’ll be among the soon-blessed to receive drone packages delivered at our doors. We’re talking about deliveries within an hour or two while the rest of the nation waits a full 24 hours like a bunch of peasants.

That sounds great. Bring me goods absurdly fast, but keep in mind, I’ve been a loyal customer for years and it was your decision to suddenly send drones to my yard and I ain’t paying shit for your drone damages because my giant but nimble shepherd thinks they’re acting in a blue jay way.