Can Monica Bake a Cherry Pie?

Mrs. Quibbits considers her life as a mercenary and a wife. 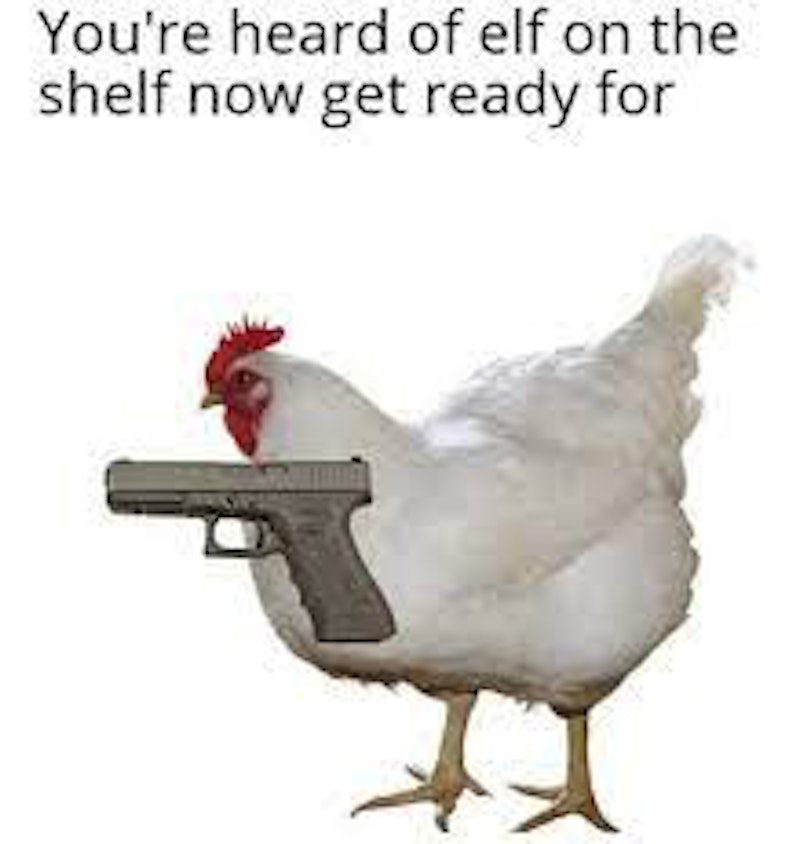 Ben stepped outside. Roo was doing the dishes while I was cleaning my gun. That was the day I was going to go hunting—for rabbits. Something has been getting into my garden and I’ll have absolutely no more of it. Whether it’s squirrels or giraffes, whoever’s munching on my produce is going to be the animal that makes me use this gun. But that wasn’t the day. I realized I didn’t have any bullets and my gun was so old that it’s actually illegal to own. I couldn’t take it in, so I put it under the couch, with whatever cotton ball blanks I could cobble together and hopped for a semi-automatic to show up. Who am I settle? These goddam rodents have been eating my tomatoes, and I don’t just want them to stop, I want revenge! They’re eating my food!

Roo leaned into the living room and asked if I was okay. “I just… need… a gun.” He immediately went back into the kitchen and called the police. “WHAT?” He leaned back in. “I’m kidding. Monica, you have to knock it off with this shit, I’m not having guns in this house anymore.” I sank into the couch and even deeper into a depression that was already bubbling and threatening to take me over like nothing else ever before. I’ve never been depressed, not even once, so this is new to me. I still haven’t fully come out of it. Walking around the house feels like playing Silent Hill, even though Benny and Roo are doing better than ever (Roo just finished copy-editing his latest novel, I’m Glad It’s Not Me, last night—609 pages!). Everything feels scary and alone in this cabin, and when I can’t sleep at night, and after Rooster’s finally gone to bed, I can hear the wind howling, and I can hear it speaking to me, Monny, Monny… Don’t…

But it never resolves. I don’t know what the spirit world wants me to do. Don’t stay here? Don’t leave? For once, I can’t trust my gut, because I don’t want to stay here, but everything is telling me I’ll die if I leave Massachusetts in this calendar year. Why? I don’t know. Because women’s bodies can tell the future (it’s true). I’d rather hang out with a well-adjusted Benny and a happy, productive Rooster than with another bunch of anonymous expert mercenary psychopaths who watch Rick & Morty and still play Halo (why?). I’m not convinced that gaming isn’t the life for me—Benny and I tried it, along with being stoners—but nothing has given me the thrill in life of taking another’s, whether they deserve it or not. The helicopter, the money, and the uniform make it feel okay, but I know it’s not—maybe that’s why I’m depressed. I’ve killed so much in my life.

And now I’m a housewife. Functionally, at least. Bennington came in that day and asked if I wanted to make a pie with him, cherry pie. “Can she bake a cherry pie?” Rooster asked from the kitchen. Bennington smiled and looked at me as he replied, “I’m sure she can bake anything. She baked all those [REDACTEDS] in [REDACTED].” Rooster and Bennington laughed, and when he left the room, I cried. For the first time in years, I cried tears of joy. I love my family and I know I can’t leave now. That day I put my gun away and Bennington and I made a very, very ugly—and delicious—cherry pie.