Preserving cultural and historical knowledge through the grapevine. 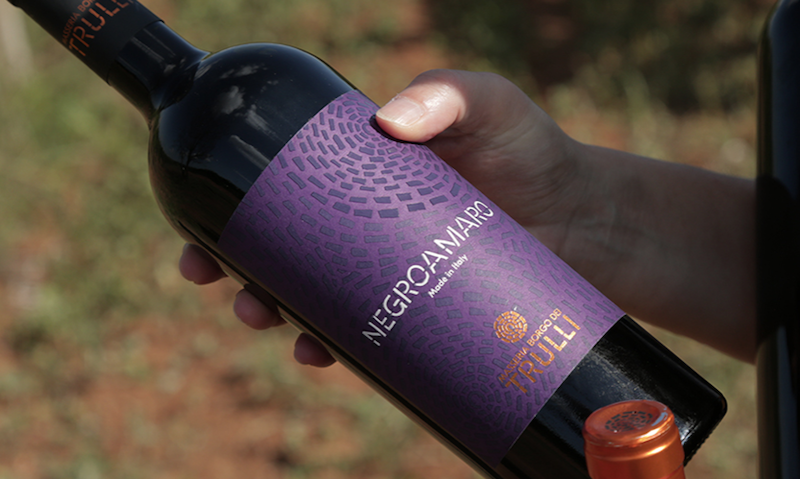 Last week, I popped a few bottles of Georgian wine to showcase around Phoenix. This is Georgia the country, not the state, located in the Caucuses where Eastern Europe meets West Asia. It’s a wine region most people aren’t familiar with, which is a shame, because it’s truly singular. Present day Georgia is widely considered the birthplace of winemaking, which began around 8000 years ago. I have the pleasure of introducing Georgian wine as a sales rep for a distributer. We carry a few labels from Roni Selects, who imports the bottles. In this case it was the producer Kortavebis Marani from Kakheti, the eastern most part of the country.

Although it wasn’t on my usual route, I brought the wines to a small Russian grocery store with the hope they’d find a niche there, and was delighted to see they already carried a selection of traditional Georgian and Moldovan bottles. In light of recent events, the weight of the moment for a small Russian grocery store wasn’t lost on me, and I wondered if they’d received any collateral damage amidst calls to boycott Russian products.

As soon as I walked in, I overheard a woman asking the owner that very question. He replied that yes, they had, but shrugged his shoulders nonchalantly and said, “What can you do about it? People are ignorant. We’ve been through worse, we’ll get through this, too.”

I felt bad for the owner, who bears no responsibility for the actions of a deranged authoritarian from his home country. Such reactionary attitudes and behaviors are also reflected by the rise in attacks against Asian-Americans throughout the pandemic—racially motivated epithets like the “Kung Flu Virus” taunted by former president Trump.

We discussed Georgian and Moldovan wines, their unfortunate lack of recognition with a wider audience. I commented on how Russia has played an interesting role in the history of US viticulture. In the 19thcentury, Russian fur trappers traveled down the West coast of California in search of more temperate weather, where they established Fort Ross and planted the first grape vines in Sonoma County. “We’re still doing that,” he noted with a jocose smile, referring to Russians being on the move.

I don’t imagine it’s often he receives cold call solicitations for Georgian wine, and while it borders on the saccharine, I was glad to find commonality in an aspect of his home country and culture—a moment of shared humanity amidst the turbulence of current events. Regardless, I didn’t make the sale.

I carried on to the remainder of my route and took note of reactions. Unlike the owner of the Russian grocery store, most people have never encountered such wines and struggled to place them in some kind of conceptual framework. “What other grape would you compare this to? Pinot Noir? Or perhaps Nebbiolo?” they asked, to which I answered, “I wouldn’t.”

The best way to understand Georgia, I explained, is to resist the temptation of comparing it to better-known regions or grapes. This is true for all regions that fall outside our usual scope of knowledge or experience. We have a tendency to relate what we encounter to an already established frame of reference, which in this example takes the form of mainly French varietals that dominate the market. We’re better served, however, by doing what Kermit Lynch called “taking each wine on its own terms.”

Much of Georgia’s wine industry is based on indigenous grape varieties like Khakuri Mtsvane, Saperavi, and Rkatsiteli—names that are partially responsible for why it’s not more widely appreciated. They’re unfamiliar to the tongue and daunting to pronounce. Grape names serve as product branding in a competitive, global market, where Khakuri Mtsvane has yet to achieve brand recognition on the level of, for example, Cabernet Sauvignon.

There are instances of winemakers and producers modifying or renaming grapes for better appeal, most famously Robert Mondavi labeled his dry Sauvignon Blanc as “Fumé Blanc” in the 1960s to spark interest and avoid connotations with the sweet, honeyed dessert wine of Sauternes, which Sauvignon Blanc was mostly known for.

Another example is the Italian grape Negroamaro from Puglia, whose name was likely intended to denote a bitter (amaro) component of the black (negro) skinned grape. However, an alternative name, “Neramaro” has developed to avoid discomfort around the negro prefix for an American audience. Having worked with Negroamaro wines before, I’ve witnessed guests’ discomfort attempting to pronounce the name when ordering a glass or bottle.

Something’s lost when forcing comparison, more so when modifying or changing a name. The grapes, the land they grow on, and the people who cultivate them are inseparable. Kortavebis Marani’s vineyards in Kakheti contain dozens of indigenous varietals, serving as a living library for one of the oldest winemaking cultures in the world. Without the work of dedicated winemakers like Tamuna Bidzinashvili, these grapes are at risk of extinction, as well as the loss of traditional winemaking techniques and knowledge.

This is an aspect of wine that I don’t feel is highlighted enough—its ability to preserve cultural and historical knowledge. Like agriculture in general, viticulture allows land to remain relatively unchanged while other activities distort through development. The winery, similar to a church or religious institution, has served the function of providing continuity over generations, even centuries.

Not everyone shares these values. After I was finished with my route, I searched the Russian grocery store on Yelp, curious to know if they’ve received any negative reviews as a result of the war in Ukraine. To my surprise, I found a long list of negative, angry feedback, but not for the expected reason. Apparently, the owner had placed two life-size cardboard cutouts of Trump and Putin next to each other in the store, as well as a photo of Stalin prominently displayed near the register. He wasn’t shy about his politics. According to the reviews, he’d taken the images down only after Russia invaded Ukraine, presumably to avoid further backlash. I recalled the conversation between the lady and the owner, where he bemoaned people’s ignorance, and realized I may have misunderstood the context of those words.

It surprised me to find pro-Putin and pro-Stalinist sentiment so close to home, but perhaps it’s naïve to underestimate the appeal that authoritarian leaders can have. Although I hadn’t made the sale, it was an introduction I planned to follow up on, but now I wasn’t sure. Whatever sympathy I had for the owner over boycotts of his store quickly dissipated.