Bulgaria and the Euro

How Mosler Bonds could help. 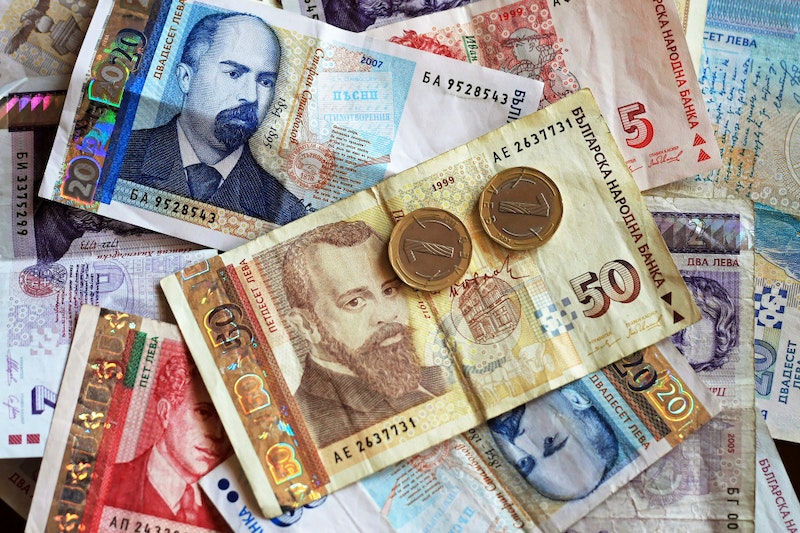 In November of last year, having met with Bulgarian PM Boyko Borisov in Brussels, Commission president Jean-Claude Juncker threw his support behind the Euro Club’s potential 20th member. “I have to say bluntly that Bulgaria is ready.” On paper, by orthodox economic yardsticks, Bulgaria is looking great. Three months ago, Bulgaria's debt-to-GDP ratio stood at 24.8 percent, less than half the required criteria. In contrast, EU government debt averages around 90 percent. Borisov, part of the European center-right family that includes Juncker, said his government will soon apply to join the EU Exchange Rate Mechanism (ERM II)—the euro’s two-year mandatory wait. Several days ago, Bulgaria’s finance minister, Vladislav Goranov, told a group of journalists in Sofia that the country will "most likely apply in the first semester." The push towards the euro comes as Bulgaria takes over the six-month presidency of the EU council.

The government is awaiting signs from the ECB and other EU leaders that its application will be accepted. Goranov said the government would apply even if such signs didn’t come. "We need a certain direction on what we need to do to join this club. We don't think there are any sufficient arguments for us to stay out." Bulgaria is the fourth fastest growing EU economy, but it’s also the poorest and most corrupt. There are many sceptics regarding the 20th Euro Club member. German politicians are reticent. The Greek experience hasn’t been forgotten. That country’s numbers were also on par with Maastricht criteria when it joined the euro in 2001. Ironically, Greece’s true financial figures had been masked with the help of German bankers.

Bulgaria joined the EU in 2007. Its currency, the lev, has been pegged to the euro since 1997. Because of that, Goranov pointed out that Bulgaria is already "highly dependent on ECB policy" and that by joining ERM II there would be no “additional risk for the euro system." The finance minister is correct. Bulgaria’s been without monetary sovereignty for 20 years, ever since it self-imposed the currency board, with the mission of not allowing the lev to float freely according to demand. Goranov said, "We would not like to witness the same situation as with Schengen, where all formal criteria have been met, but we are not allowed any additional instruments for [EU] integration."

Its northern neighbor, Romania, has endured the same treatment over Schengen. Goranov argued that an application to the ERM II would obligate EU institutions to set clear targets for Bulgaria to meet. "We accept all criticism and arguments as far as they are honest," he said.

With this knowledge, look at a key rule within the Maastricht treaty. Article 104:

This is the most poisonous neoliberal rule within the treaty, along with the fact that Member States have to guarantee euro deposits—which they can’t do without increasing their debt and deficits (going against Maastricht arbitrary ratios). It’s a recipe for high private debt growth and dramatic negative demand shocks when private debt levels inevitably fall, severely lowering the space and effectiveness of counter-cyclical fiscal policy, while shackling the response of Member States to the external balance of payments. In plain English, the net importer countries become the vassals of the net exporters. The more influence you have within the Union, the less you have to deal with the rules. Two examples will suffice. Germany often runs current account surpluses far above Maastricht norms. France often runs fiscal deficits above the norms. They’re never warned or punished for it. The opposite is true for the Periphery.

What can Bulgarians expect from the single currency? Less sovereignty, self-determination, and democracy. They’ll discover the dictatorship of private mark-ups and supra-national executive bodies. During the boom phase, things will look great. The bust phase will be harsher than it has to be, and the surplus states will demand concessions. Under the euro, the Bulgarian government should pursue any unorthodox avenue regarding public finances. Mosler Bonds, named after economist Warren Mosler, are one example.

Mosler Bonds are designed to be sufficiently attractive to private investors and ensure the funding of government at very low rates of interest. They’re identical to existing municipal bonds, with one exception. The “default clause” in the bond indenture is replaced by the following statement: “In the event of non payment, principal and interest, which continues to accrue, [the bond] can be used for the payment of taxes to the government.”

In the event of non-payment, investors are not dependent on payments from the government for debt repayment—instead, they’re compensated by reductions of tax payments. Mosler Bonds function as interest-bearing government tax credits. The elimination of default risk dramatically lowers interest rates. They can be used to immediately fund payments of interest and principal on existing debt. Banks and other investors will compete for Mosler Bonds, thereby driving down the interest rate for Bulgaria. The government can issue Mosler Bonds at low rates of interest and fund its public corporations at the same yield. Mosler Bonds are not a substitute for monetary sovereignty, but they’re the smartest funding scheme for currency user governments.

The only political organization in the country with the necessary financial acumen is the Euro-sceptic Bulgaria of Labor and Reason. I know the founder, R.V. Markov, and we often discuss economic and geopolitical subjects. The BLR’s platform consists of a Job Guarantee program, reduction in fiscal drag on labor and households, expansion of public services, nationalization of natural resources, and anti-corruption legislation.