The Rate of Return on Everything 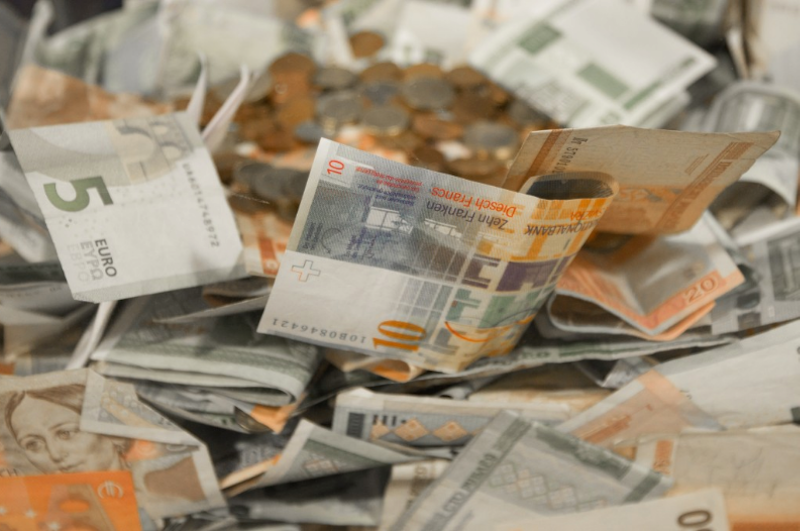 A new working paper—conducted by Óscar Jordá, Katharina Knoll, Dmitry Kuvshinov, Moritz Schularick, and Alan M. Taylor—reveals the aggregate real rate of return in the economy between 1870 and 2015. Data was used from 16 advanced economies over a span of 150 years. The countries are Belgium, Australia, the US, the UK, Japan, Italy, Germany, France, Denmark, Finland, Switzerland, Sweden, the Netherlands, Spain, Portugal, and Norway. The study analyzed three types of returns: investment income (yields), capital gains (price changes), and total returns (the sum of the two). The calculations were done for four major asset classes, equities and housing (classified as risky), and government bonds and short-term bills (classified as safe).

Unfortunately, the authors make no mention of “rent seeking” or “economic rent,” nor do they attempt to make any distinction between capital (man-made things) and land (natural monopolies), or between rent and non-rent earnings. Economic rent is understood as income obtained without any enterprise, without any cost of production, and stems from four sources: land values, the mark-ups of the financial and insurance sector, patents, and political lobbying.

On risky returns (equities and housing), the paper could only focus on available data from equity markets. Housing outperformed equities before WW2. Since then, equities outperformed housing on average, but only at the cost of much higher volatility in line with the business cycle. Housing returns are similar to equity returns, yet considerably less volatile. Diversification with real estate is admittedly harder than with equities.

Before WW2, the real returns on housing and equities (and safe assets) followed remarkably similar trajectories. After WW2 this was no longer the case, and equities experienced more frequent and correlated booms and busts.

On safe assets (government bonds and short-term bills), the paper finds the real return has been very volatile over the long run, more so than initial expectations, and often even more volatile than the real returns on risky assets. Each of the World Wars was a moment of very low safe rates, well below zero. So was the 1970s inflation and growth crisis. The peaks in the real safe rate took place at the start of the Interwar Period, and during the mid-1980s.

Instead of asking why the safe rate declined since the mid-80s, the authors ask why was the safe rate so high during those years. I’d venture an answer: new government policy to issue gilts (government interest bearing bonds) to back private pensions. Inflation-indexed gilts were issued by the Thatcher administration in ’81 with the purpose of managing the risk profile of private pension funds—and indeed they served that purpose. While some might label this policy a triumph of monetarism, it’s also clear evidence the private sector can’t manage the risk profile of pensions without government assistance. Next time you hear someone complain about the national debt, ask if they value their retirement. Would they prefer to risk losing a huge chunk of their savings if the stocks they bought took a hit? Would they prefer to put their money under the mattress and watch as inflation erodes their savings year after year? The safest investment is government gilts.

Safe returns have been low on average, falling in the one–three percent range for most countries and peacetime periods. While this combination of low returns and high volatility has offered a relatively poor risk-return trade-off to investors, the low returns have also eased the pressure on government finances, in particular allowing for a rapid debt reduction in the aftermath of WW2.

International evidence on the decline of the natural rate of interest since the mid-1980s is consistent with the paper’s rich cross-country sample. According to the authors, this observation is compatible with the secular stagnation hypothesis, whereby the economy can fall into low investment traps. Orthodox monetary policy has been credited for the Great Moderation (a period of low volatility in the business cycle starting in the mid-80s), until the Global Financial Crisis arrived in the late-2000s. Since that turbulent period, the prospect of long stretches constrained by the effective lower bound (zero or near zero short-term nominal interest rate) left commentators wondering whether inflation-targeting schemes are the still the right approach for central banks.

Secular stagnation is a farce. It’s not some inexorable phenomenon, driven by demographic shifts or changes in business-consumer behavior. By making use of stock-flow consistent accounting, we find it’s the result of high inequality, which is caused by high private debt levels.

The concept of secular stagnation first entered the economics debate in the late-1930s, when economies were still caught in the Great Depression. The problem then was dramatically overcome by the onset of WW2 as governments increased their net spending (fiscal deficits) substantially. Commitment to full employment after the war’s end maintained growth and prosperity for decades until monetarist ideas came to prominence. As for inequality, let’s look at America. In 1929, the richest five percent received 34 percent of total national income. In 1951, they received only 18 percent of the total. The situation today is worse. The cure to slow growth and unemployment is government deficit spending, with the precise target of employing people to produce useful output and paying them good wages, not deficit spending to increase the idle savings of the opulent minority.

Thomas Piketty argued if the return to capital exceeded the rate of economic growth, rentiers would accumulate wealth at a faster rate and thus worsen wealth inequality. Comparing returns to growth, the paper finds that Piketty’s claim holds true for more countries and more years. In fact, the only exceptions appear in special periods—the years in or right around wartime.

Most surprising is that long-run returns on housing and equity look remarkably similar. But residential real estate is less volatile on a national level, opening up new questions about risk premiums. Across most countries, the weighted rate of return on capital was twice as high as the growth rate in the past 150 years.