My Once and Former Towson 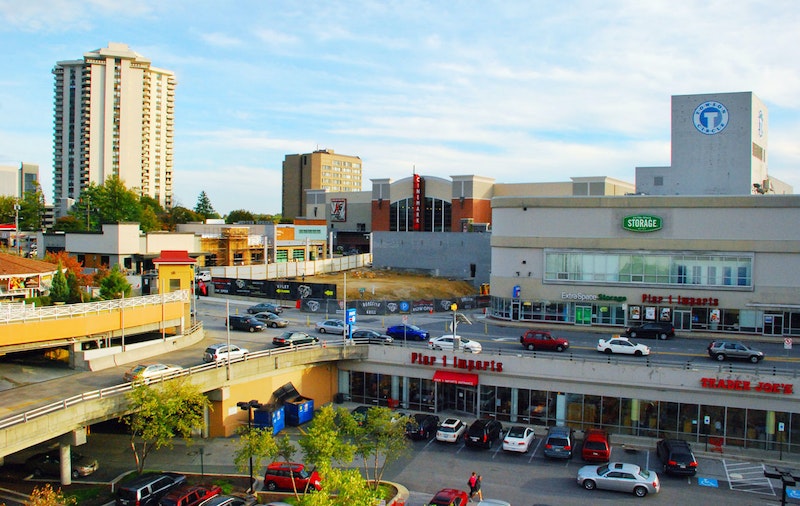 Towson isn’t mine any longer, and hasn’t been for a long time. The more I think about this city, the more it resembles a concrete artichoke being disassembled slowly, over time: a less idiosyncratic Columbia-in-miniature, perhaps. Whatever municipal commercial heart the place can claim is nomadic. Any notion of core spirit—if ever there was one—is absent, or maybe just absence.

When did this constant crumbling register as undeniable fact? The Barnes & Noble closing announcement earlier in the month wasn’t the last straw; not Ukazoo bailing, not Cheesecake Factory’s food quality plummeting, not Towson Town Center unveiling a luxury wing.

In retrospect, the An Die Musik closing sale, gravel parking lots disappearing, and a concerted ouster of shiftless young punks who gathered downtown nightly—I was sometimes among them—may have been early warning signs. That mammoth, regal library aside, East Joppa never seemed decided, with storefronts popping in then out.

By and large landmarks weren’t guaranteed anywhere for long. The Orient felt like a landmark until it wasn’t. The retail lights winked out in Towson Marketplace until it caved in on itself, to be reborn as a cluster of corporate big boxes. Towson Commons bit the big one, taking with it a decent movie theater.

Then came the traffic circle. This was the ultimate coffin nail. Urban planners would beg to differ, but I’d assert that the circle complicated the experience of visiting or passing through Towson. More pointedly alienating gestures were en route: that high-rise Towson Town Center parking tower, the Cinemark Towson’s weird, valet-service oasis. Everything’s static, beaten down. And somehow the place seems busier than ever yet emptier than ever, a vaguely familiar locale that I can’t quite believe I ever really knew.