Remembering those who passed. 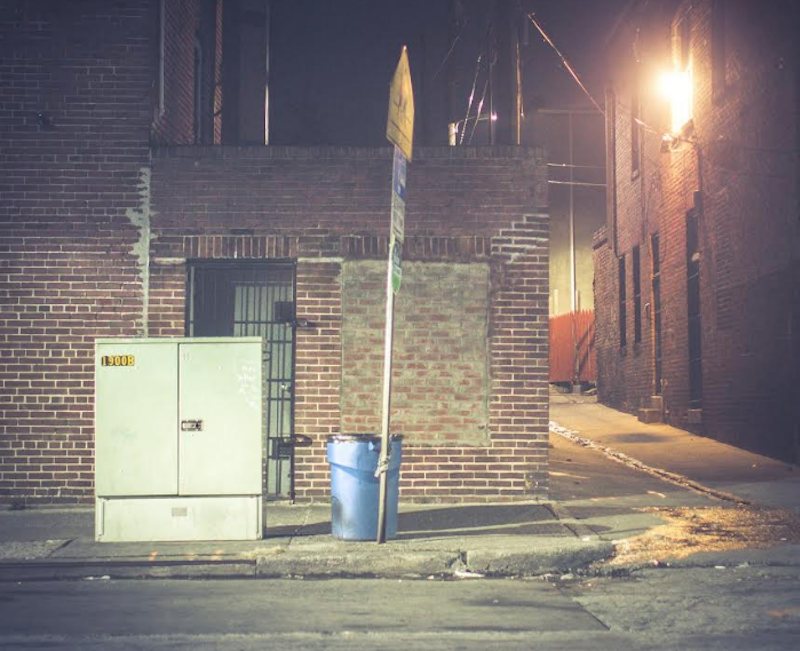 I knew Amy Berbert from art classes two years ago, before I discovered journalism. She was dedicated and skilled. Recently, The Baltimore Sun ran a story on her art project, “Remembering the Stains on the Sidewalk.” It’s a series of photographs. They’re often pictures of ordinary places, corner stores, sidewalks, and no one would ever guess they were the sites where someone was killed. Berbert times her photographs to take place exactly one year on the hour after the homicide was committed. The result is a chilling recontextualization of the mundane.

She explained her inspiration for the project to me: “2015 saw the most murders in Baltimore city per capita in the city's history. At the end of 2015 I heard that there were 344 homicides... that was really powerful to me. There was a spike of violence after the Freddie Gray incident.” It evolved out of an art class project and went on to be very well-received. “I exhibited two of them in Rockville... it was a really personal way to approach people about what happened in the city. So, after that had such a positive response I decided to do a whole year's worth.”

To scout out her locations, she uses public records of homicides. She said, “Public records only show the block number, they don't show exact addresses.” This led to an exchange between her and a woman who disputed the photograph in question, as it was taken in the correct block but a different house.  This called attention to another observation: “They're on the same street, probably only a hundred yards apart, but there's a divide. So I took the photo in a wealthier area than where it happened… You can be in a pretty nice neighborhood and then walk down the street and be in a place where people are being murdered... People in Fells Point can be living happy, perfect, quiet lives and not have to worry about things like that and then you walk up the street and it's not the same story.”

This division was not just physical, but also in the attitudes that people held. “You can essentially just ignore it,” Berbert said. “People in certain neighborhoods might be so close to all the horrible things happening, but they don't deal with it on a daily basis, so they can shut it out.” She alluded to a previous art project: “I interviewed people in the Guilford neighborhood, which is one of the wealthiest neighborhoods in Baltimore. On Greenmount Ave. there's a stone wall separating the neighborhood from some less safe neighborhoods, and there was a triple homicide right across Greenmount Ave. So I went to Guilford and asked people if anyone had heard about it and nine out of 10 hadn't.”

Berbert’s project shows that the most ordinary places can hold dark secrets. The idea of “Remembering the Stains on the Sidewalk” encourages us to recognize that loss of life, and grounds it in locations that’re familiar. As for Berbert’s plans, she wants to spread these photos far and wide. “I do hope it's part of a larger conversation. Immediately after finishing the photos, I want to look into exhibiting and dispersing it to the public in general.” But until then, she’ll be driving out once more to take photos.